For the evening hunt I went to a new spot about a half mile west from where I sat in... 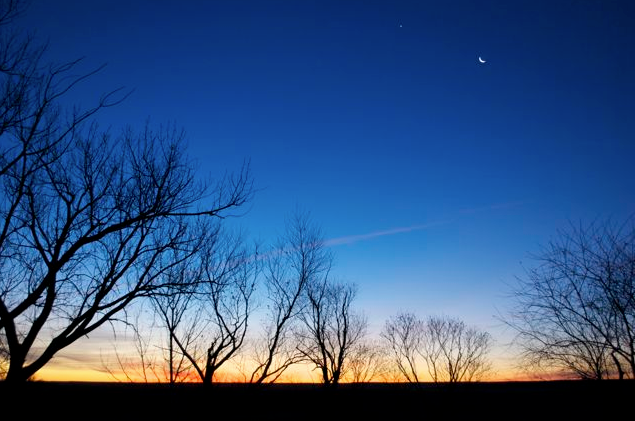 For the evening hunt I went to a new spot about a half mile west from where I sat in the morning. I eased up with my back against a dead cottonwood and watched over a field where I had seen some deer earlier in the day.

If there were any doubts about whether these deer are still rutting, this hunt dispelled them. As the deer started to filter into the field to feed, a young doe appeared with her boyfriend, a very solid and impressive 9-point deer. He was bird-dogging her the whole time and when a couple more junior 8-point bucks meandered into the field he posted himself between her and them and gave them a hard look, the meaning of which couldn’t be misinterpreted. Those young boys wanted nothing to do with him and fed off into their own corner of the big field.

I decided not to shoot him for the standard reason–while his left side was in nice shape and sported four good points, his right antler was beaten down from all his brawling. Also, with his sleek muscular lines I figured he was 4 1/2 years old and I’m hoping for an older buck.

My mature buck showed up at very last light, moving fast. I didn’t get a great look at his rack, but he had at least 10 points and his sagging belly and stiff legged gait told me he was an old man.

I didn’t want to shoot him without getting a better look so I’m hoping he’ll show up one afternoon when there’s better light.