CWD Has Been Detected in 35 Captive Shooting Facilities in Pennsylvania, But More Than Half Still Have Deer. What Gives?

The NDA says this is "unacceptable," and that management of captive facilities should be returned to the state game agency. The goal? Protect wild deer from chronic wasting disease 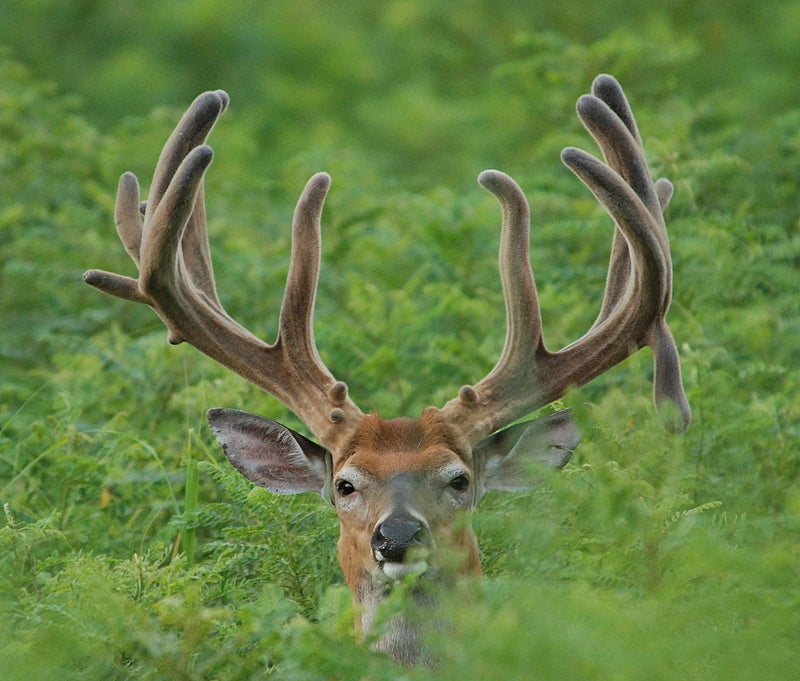 The NDA is advocating for high-fence hunting outfits in Pennsylvania to transfer management back to the state game agency. Ohio DNR
SHARE

The Pennsylvania Game Commission announced the creation of a new chronic wasting disease management area earlier this month, and the expansion of two current DMAs. As a result, the National Deer Association called on Wednesday for the full authority of Pennsylvania’s captive deer shooting facilities to be transferred to the PGC.

Currently, the Pennsylvania Department of Agriculture oversees these facilities and each of them must be included in the PDA’s herd monitoring program. The primary function of this program is to watch for CWD. In addition to this mandatory program, there’s a more thorough voluntary herd certification program.

The state of Pennsylvania has 723 captive shooting facilities. Of those facilities, 10 in the voluntary program and 25 in the mandatory program are now CWD-positive. Of those 35 captive facilities with instances of CWD, 18 still have deer on them.

The NDA calls this “completely unacceptable from a disease management standpoint.” The Association makes the case that the mismanagement of these herds poses a threat to Pennsylvania’s wild deer population.

Read Next: The Senate Just Introduced the CWD Act

The NDA says the PGC has the resources, staff, and expertise necessary to properly manage the situation. Adams referenced the $1.6 billion that hunting contributes to the state economy each year as a clear indicator of why this is an important issue to tackle not only for hunters, but all Pennsylvania residents.

“For the breeding facilities that are in Pennsylvania, the Department of Agriculture is better to oversee those, we agree with that,” says Adams. “But as far as the shooting side, the Game Commission has the biologist and law enforcement staff so they can better enforce the regulations for [captive deer shooting facilities].”

Adams called this a legislative issue. The Pennsylvania Game Commission used to oversee captive deer shooting facilities in the state, and the legislature placed the authority of these facilities in the Department of Agriculture’s hands.

“At that time, the Department of Agriculture did not want it,” says Adams. “They knew they didn’t have the enforcement ability or the biological staff to handle the shooting facilities. It was a political issue and it was much better regulated by the Game Commission and legislators are the ones who can fix that issue.”

“We have a position statement where we oppose those,” says Adams. “We have publically come out against those.”

The statements on the NDA’s website say deer should be classified as wildlife so they can be managed by state and provincial wildlife agencies. It also states that it is against deer farming and captive propagation of deer as well as canned hunting practices. However, the NDA’s statements do allow high fence operations as long as hunters aren’t given an unfair advantage and the animals have “a reasonable opportunity to escape the hunter.”

“Limiting the spread of CWD is the name of the game right now,” says Adams said. “If Pennsylvania Game Commission oversaw the shooting facilities, they could do a better job of helping to limit that spread.”