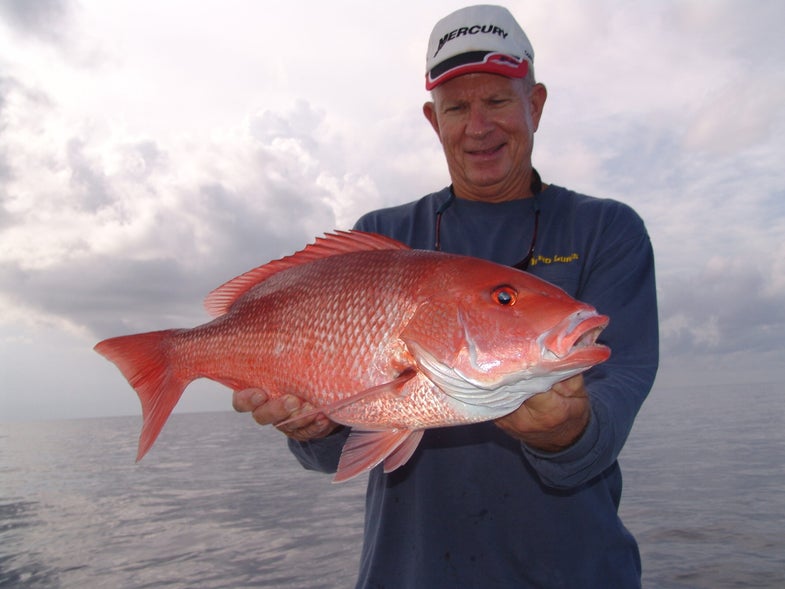 The 2017 red snapper season has been set to last just three days. David A. Brown
SHARE

Usually, setting a record in the fishing world is a good thing; a bragging rights moment that makes people happy in a high-5 sort of way. Sadly, the National Oceanic and Atmospheric Administration (NOAA) gets no such love from private recreational anglers — the folks royally screwed by the shortest ever federal red snapper season, which runs from — don’t blink — June 1 through June 3.

To frame this, the total recreational sector comprises private individuals and for-hire vessels (charter boats). The latter group gets a 49-day season (June 1 through July 19). The commercial sector — a highly contentious topic we’ll save for later — operates on “catch shares”; essentially, the privatization of a public resource.

Crazy thing is that most who fish the Gulf — and actually see what’s out there — believe there’s more than enough snapper to justify longer recreational seasons. Increasingly tighter harvest restrictions of shorter seasons and the two-fish per person daily bag limit (minimum 16 inches) have, no doubt, eased the pressure since the species was declared overfished in the late 1980s.

Nevertheless, the feds state that 2016 saw the total recreational quota exceeded by 129,906 pounds, with the private angling component exceeding its 57.7 percent share of the recreational pie. Adjusting for these 2016 overages lead to the abbreviated private recreational season.

Notably, Gulf states allow longer red snapper seasons (67-365 days) within their boundaries, which extend out 9 nautical miles from land; however, catches in state and federal waters are counted against the total recreational quota. According to NOAA, private anglers are expected to harvest nearly 81 percent of the private angling quota during these state seasons.

With the federal management of Gulf red snapper mired in claims of flawed data collection and questionable science, public outrage has smoldered for several years. Many recreational anglers believe that individual states can do a better job of managing red snapper in federal waters out to 200 nautical miles.

That picture remains uncertain, but citizens can voice their opinions regarding the current state of management through an automated system set up through Keep America Fishing (a branch of the American Sportfishing Association). The system presents a standardized letter to legislators in support of a recently introduced bill that addresses many of the most critical challenges facing saltwater recreational anglers in federal waters.

For details on the history and present state of Gulf red snapper management, click here.