How to create a habitable planet within 10 years

If we focus on the right places, we can stave off the worst effects of climate change and biodiversity loss. 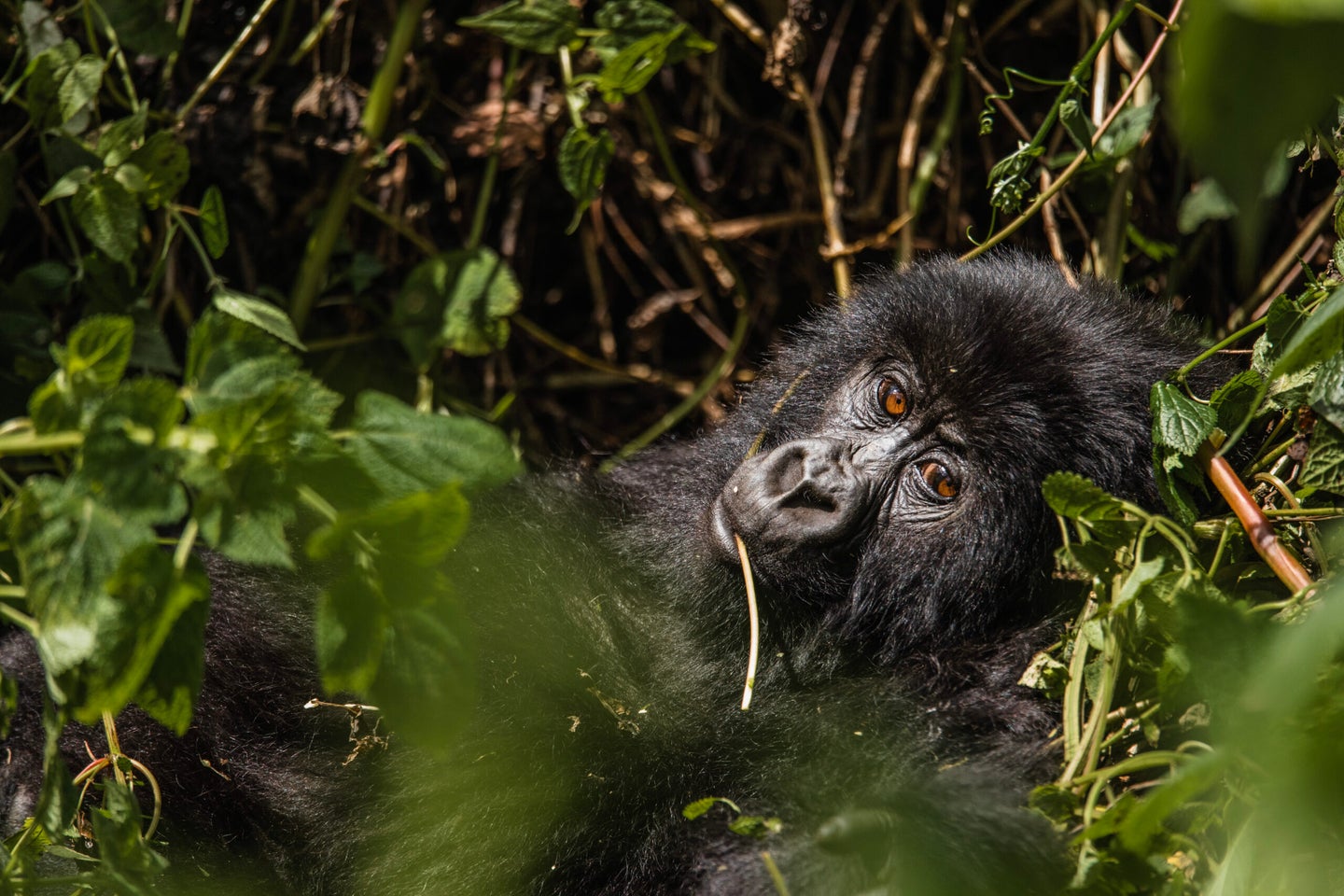 This article was created with Re:wild as part of Recurrent‘s charitable partnerships initiative, which supports non-profits that champion sustainable solutions for the planetary crises of climate change, pollution, and biodiversity loss.

In 2021, more than 300 million visitors strapped on their hiking boots and explored a national park in the United States, seeking respite from a pandemic that forced most of us indoors with limited options for recreation. In addition to providing this kind of meditative escape, the wild is a source of water, food, medicine, and livelihoods for local communities, and helps stabilize the climate, all of which are necessary for humans to survive on our planet.

That’s why earlier this year President Joe Biden laid out a plan to protect at least 30% of the United States’ lands and freshwater and 30% of its ocean territories by 2030. The United States is not alone in setting this target—the world’s leaders are currently convening in Montreal for the UN biodiversity conference (referred to as COP15), where they will determine a global framework for action on biodiversity. A big part of that discussion? Whether to formally commit to protecting and conserving at least 30% of the planet’s wildlands globally by 2030 (an initiative widely referred to as ’30 by 30’).

Only about 17 percent of our planet’s land and inland waters and 8 percent of our oceans are currently recognized as protected or otherwise effectively conserved. Examples of protected and conserved areas include national parks, nature reserves, landscape reserves, natural monuments, state parks, and certain areas under sustainable Indigenous and traditional management.

While the 30 by 30 target might sound ambitious and could be a gamechanger for the planet, conservation NGO Re:wild and partners are urging leaders to make sure the implementation of such a goal genuinely makes a difference—that countries first protect the right 30% of the planet and invest in the increased workforce that will be needed to effectively meet this global goal. Meeting this target isn’t merely about creating more parks, but instead mitigating the threats to areas that can deliver real conservation benefits if managed properly, whether by the public sector, corporations, private owners, NGOs, communities and Indigenous owners.

“So much of the world’s focus is on climate change, even though biodiversity loss is a driver of and result of climate change, and biodiversity conservation is a major solution to climate change. The carbon cycle runs through the natural world, which already absorbs over half of all human-made emissions,” says Wes Sechrest, Re:wild’s chief scientist and CEO. “It is encouraging to see global leaders come together to set new targets for biodiversity, but science needs to guide the actions to meet these goals, and the public and private sectors need to bolster their support.”

The threats to our planet’s wildlands, freshwater systems and seas can seem overwhelming. Habitat devastation and degradation as the result of animal agriculture, development and extractive industry, and invasive species, pollution, poaching, disease, climate change, and industrial fishing are all pushing species to the brink of extinction and threatening the ruin of ecosystems critical to all life on Earth. A 2019 report from the United Nations found that around 1 million animal and plant species are now threatened with extinction, many within the next few decades.

In 2010, the Parties to the Convention on Biological Diversity (CBD) adopted a strategic 10-year plan to catalyze national and international conservation efforts and reverse the planet’s staggering loss of biodiversity. At COP15, the nations that are parties to the CBD are working to develop new biodiversity targets for the next decade, including consideration of the 30 by 30 target. If 30 by 30 is more formally adopted, how to meet that target becomes the next question and luckily the answer is clear: by prioritizing the formal protection or conservation by other means of Key Biodiversity Areas (KBAs).

KBAs are among the most incredible and diverse places on Earth for nature, from deserts to the middle of the ocean, and must be safeguarded to ensure the long-term survival of the diversity of life on Earth. They are often the source of water, food, medicine, and livelihoods for local communities. They can also play a critical role in nature-based solutions to the climate crisis. In the United States, national parks such as Glacier National Park, Zion National Park and part of Grand Canyon National Park are recognized as KBAs and are critical to the persistence of biodiversity and the overall health of the planet.

“KBAs offer a critical guide to protecting and conserving the right places to prevent mass extinctions, tackle climate change and secure the health of nature and people,” says Penny Langhammer, Re:wild’s executive vice president. “30 by 30 is an ambitious goal, but even more important is ensuring we safeguard the right places, those that are going to provide the biggest benefits for biodiversity and therefore the health of our planet and all life on it.”

Data collected about KBAs can also be used to track progress toward the achievement of the 10-year targets that come out of COP15, in addition to determining the best actions to prevent extinctions, improve the status of threatened species, and halt and reverse population declines well beyond the next decade.

Expanding the network of global guardians

Meeting the 30 by 30 target will also require nearly five times more protected area staff, including rangers, than currently in the workforce, according to a paper released this fall in the scientific journal Nature Sustainability. Using data from 176 countries and territories, the study by Re:wild and other scientists estimates that there are only 555,000 protected area personnel worldwide responsible for 17% of the world’s land surface (7.7 million square miles). Only 286,000 of them are rangers, who directly manage protected areas, uphold laws, work with visitors and local communities, and monitor wildlife.

Yet the effective protection and management of at least 30% of the planet’s land surface by 2030 will require a workforce of at least 2.9 million people, including 1.53 million more rangers (or individuals doing similar work but not as part of a government system). Alongside government protected areas, many new types of areas will need to be conserved by personnel in the private and nonprofit sectors and, vitally, by Indigenous and local communities managing their own territories. Doing so will require the leadership and investment of governments, donors, private landowners, and NGOs.

“Our protected areas system is the life support of the planet, providing people with water and clean air, storing carbon, and preventing biodiversity loss,” says Mike Appleton, Re:wild’s director of protected area management and lead author of the paper. “Yet there are more people employed at golf courses and country clubs in the United States than there are rangers in the world. The 30 by 30 target is an important goal, but meaningless if we aren’t also willing to invest in people to manage these places effectively and equitably.”

The study also emphasizes the need not only to bolster the workforce, but to recognize protected area management as a vital professional service, similar to medical personnel and first responders. Other studies have shown that protected area personnel in many countries are underpaid, undersupported, undertrained, and endure inadequate working conditions.

A global framework for biodiversity

According to polling in 2021, four out of five U.S. voters supported Biden’s plan to protect at least 30% of America’s lands, seas, and inland waters by 2030. And at least half of those who took the poll said they believed doing so would result in economic benefits.

As we turn now toward the global framework for biodiversity for the next decade, the benefits of preventing extinctions and recovering species by safeguarding the ecosystems in which they live will also include those that are cultural, spiritual, and good for the health of all life on Earth.

“The 30 by 30 plan may be the most important conservation goal in the history of our planet,” Sechrest says. “It will help prevent the most catastrophic consequences of climate change. It will ensure the health of wildlife and humans and provide the basis for restoration of many more ecosystems. We must use the best science to identify and protect the most irreplaceable places first, and move toward a nature-positive society that can rebuild a habitable Earth where life doesn’t just hang on, but thrives.”

And, of course, we can’t ignore the other 70% of the planet, much of which can be protected more holistically with better ways to produce energy to power our lives and feed us. Around half of the world’s arable land is devoted to agriculture, with 83% of this land devoted to animal agriculture (pasture and feed crops), producing only 18% of our food calories. There will be more and more land, freshwater, and marine environments available for restoration and rewilding once the world transitions to plant-, microbe, fungal-, algal-, and cell-based alternatives to meat and dairy.