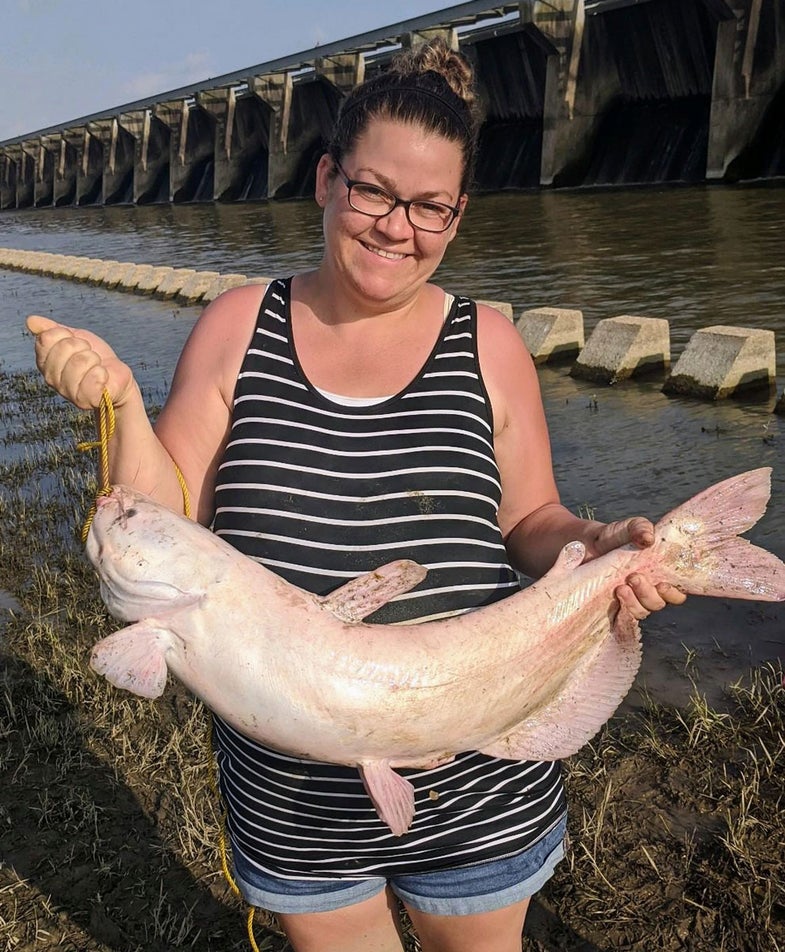 Johns hooked the heavyweight leucistic cat while fishing with her husband Eric and daughter Sophia, according to Louisiana Sportsman.

The spillway is a control structure close to the Mississippi River near Lake Pontchartrain. The family was fishing cut bait in 8 feet of water. The action was slow. Then, without warning, a strong fish took hold of Johns’s bait.

She had to battle the blue catfish carefully because the spillway has concrete structures in the water that the fish easily could have wrapped the line around and broken free. She worked the fish close to shore, knowing it was a large blue catfish. So she was more than surprised when the fish turned out to be all-white.

They weighed the fish at 19 pounds, and it measured 35 inches long. They were all puzzled about its white color, and believed it was an albino fish. But the cat didn’t have pink eyes, so they contacted the Louisiana Department of Wildlife and Fisheries.

“We found out it is an all-white, leucistic blue catfish,” Johns said. “Which is a pretty rare catch.”

Read Next:Expert Tips on How to Catch Catfish

Johns learned from state officials that leucistic catfish are even more rare than albino blue catfish, though not as rare as partially white or pie-bald baitfish that are caught from the lower Mississippi River.

Johns plans to have a replica mount made of the rare fish.