A set for novice and expert trappers alike. 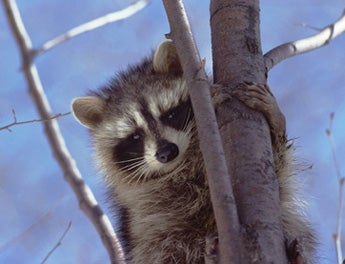 I peered into the gloomy shadows at the bottom of a farmland drainage ditch. After a moment, I spotted the white pipe poking out of the bank where I’d positioned it the previous afternoon. No luck.

I walked a bit farther down the sluggish stream. The next set I’d made wasn’t so easy to spot. I crawled and slid partway down the slope before I realized it wasn’t just the overhanging growth that hid my setup. The white pipe had been dislodged. In its place was a large raccoon sleeping on the bank, anchored there by the small foothold trap I’d placed under the lip of the pipe. A No. 11 double-long spring firmly held the raccoon at the bottom of the ditch bank.

Raccoon populations are at near-record numbers in the Midwestern states. Additionally, the lush, warm fur from raccoons has found renewed interest among clothing designers, boosting the price furriers are paying for pelts. This has led to an increasing number of outdoorsmen who recognize sport trapping as an interesting and challenging pastime.

Population Control
Midwestern raccoons, like whitetail deer, Canada geese and other wildlife, have adapted to habitat changes and encroaching civilization. In many areas raccoons have become a nuisance. But just as special seasons and urban hunting zones have proven to be effective management tools for geese and deer, the modern-day trapper is instrumental in managing raccoon populations.

Trappers these days employ many traditional methods, some centuries old, but they also use new tactics, such as combining segments of white PVC pipe with strong but small traps.

Raccoons use both their noses and their eyes to hunt down things to eat. They are naturally curious and aren’t particularly shy about foreign objects. A short length of PVC pipe sticking out of the ground or a ditch bank piques their curiosity. If it smells like food, so much the better.

[pagebreak] Choose Your Spots
Good locations will show plenty of raccoon sign in the form of tracks and droppings along muddy trails. Make the pipe-set by pushing about half of a 12-inch length of PVC pipe into the ground where a passing raccoon will have the opportunity to see it, smell it or both.

Put some sort of lure or bait inside the pipe; conceal the trap in front of it. A raccoon, working to reach the meal inside the pipe, will step on the trap-pan, fire the trap and get caught.

PVC pipe can be purchased at hardware stores in several colors, but white or off-white is the best choice because of its “eye appeal.” Many trappers recycle any used or scrap PVC they can find between 1 and 4 inches in diameter. As long as it’s large enough for a raccoon to reach inside, it will work.

Raccoons are opportunistic feeders, so it’s not hard to find something to use for bait. Grain, berries, fish and other meats are all a part of their diet.

In remote locations where household pets don’t roam and you don’t have to worry about accidentally ensnaring them, try using chunks of fresh, oily fish like carp or suckers. Or you can simply take a trip to the supermarket and pick up some canned sardines or mackerel. Closer to civilization, try sweet baits such as fruit jelly, molasses or marshmallows.

PVC Pipe Coon Set
This set is effective on dry land as well as in a bit of shallow water. Stick the length of PVC pipe (about a foot long and 1 to 4 inches in diameter) halfway into the ground at a 45-degree angle. Slide the bait down the pipe-anything from oily fish to fruit jelly will attract a hungry coon. Then place a No. 11 double-long spring trap in front of the pipe opening. Cover it with a bit of dirt, leaves or natural concealment.