Born of superior genes and expert handling, he was the greatest grouse dog I've known. 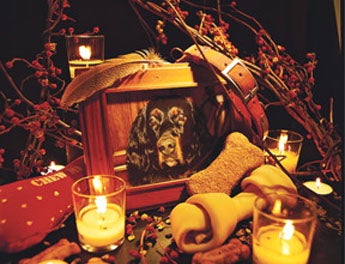 Dan Thomason wanted a Gordon setter grouse dog. The problem was that wide-ranging field-trial dogs were too difficult to control and close-ranging show dogs lacked class and style. Finally, Dan sat down with breeder Norm Sorby and a bottle of Jim Beam. Somewhere into that bottle, Dan came to believe he could order a pup to his specifications.

“Norm,” he said, “I want a dog with the kind of class, style and animation that will make my heart pound. But he has to hunt for me within thirty-five to seventy-five yards. Anything closer, I can kick up myself. Anything farther, I can’t get to in time.” Somewhere into that same bottle, Sorby concluded that, yes, he could breed precisely that dog.

He mated Springset Kapital Gains with Springset Jeanne MacGregor and Dan got a pup registered as Springset A Sure Thing.

Never did a name more aptly describe a dog. I hunted with Peat (his call name) early and late in his life, and this remarkable superdog, a product of Sorby’s breeding and Dan’s handling, was simply the finest Gordon grouse dog that I’ve ever encountered.

The Terrific Twos
Peat was only two when we met, yet he already knew how to work a grouse toward the gun. As Dan and I walked on a logging road, Peat pointed at the edge of a brushy patch of cover upslope of us. Suddenly, Peat relocated above the brush. The bird was moving. Now the grouse moved laterally, trying to slip around the dog and uphill. In a stiff-legged traveling point, Peat stalked back and forth to block the bird. When the grouse lost it and flushed, it flew right over our heads.

Another time, Peat pointed on the near side of a huge brush pile. Dan assumed he’d hear the flush and never see the bird. But Peat broke point and circled around back, and the grouse flew out front for a 45-degree shot.

Also when Peat was two, we found him pointing a grouse 20 feet up a tree. To learn to hunt up when the birds aren’t down, plus master the traveling point and discover how to handle grouse to the gun, all the while going through canine adolescence? Well, it just doesn’t get much better.

Even more spectacular was Peat’s uncanny bird-finding ability. During Dan’s annual week-long grouse hunts, Peat alone would have as many finds as all the other dogs combined. His number ratios were the same in both strange and familiar woods. Dan’s wife, Karen, remembers how Peat communicated with her before a beeper collar replaced his bell. “When we couldn’t hear the bell or see him,” she recalls, “we couldn’t be certain whether he was on point or had just stopped. But I could call his name, and if he wasn’t on point, he’d move enough to tinkle the bell.”

Near the end, Peat could hardly walk. Karen held him outside as he relieved himself, then laid him in the grass. Later, from a window, she saw that he had dragged himself about 30 feet by his front legs trying to join the dogs and hunters at the end of the lane. When Peat died, Dan and Karen gathered rocks from places he had hunted to put on his grave. They noticed that one was shaped like his head, so Karen painted it with his likeness. “Everything about Peat was special,” she said, “right up to the end.”