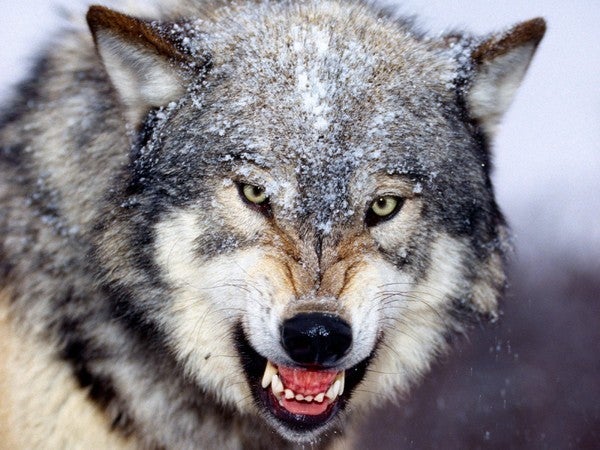 Gray wolf populations have recovered and should be managed by states, at least in Idaho and Montana and the northern Midwest.

That’s the surprising news from new Interior Secretary Ken Salazar, who announced today that the Obama administration will let stand a decision made in the waning days of the Bush administration that wolves in the Great Lakes and portions of the Rockies should be removed from federal endangered species protection.

In Wyoming, where they are legally classified by the state legislature as predators, wolves would remain under federal management authority.

Today’s decision is the first step toward eventual hunting seasons for wolves, which have far exceeded population benchmarks detailed in federal recovery plans. And it’s a victory for hunting groups that have been critical of the unbridled expansion of wolves across the Northern Rockies.

The Obama administration had widely been seen as being responsive to environmentalists who had lobbied for continued federal protection of wolves. But Salazar, who grew up on a western Colorado ranch, noted that wolf recovery has been achieved in a remarkably short period of time.

“When it was listed as endangered in 1974, the wolf had almost disappeared from the continental United States,” said Salazar. “Today, we have more than 5,500 wolves, including more than 1,600 in the Rockies.”

The Interior Department’s announcement comes a day after the Rocky Mountain Elk Foundation’s board of directors issued a statement clarifying the group’s position on wolves.

“Wolf populations are well above recovery goals and federal protection is no longer justified,” said RMEF president and CEO David Allen. “It’s clear to us that wolves now can be sustainably managed like bears, cougars and other restored predators.”

Salazar’s announcement means that state wildlife managers can resume planning for wolf hunts that were suspended last summer when a federal judge ruled that recovery measures were insufficient to remove wolves from federal protection.

That claim, that separate, wide-roaming packs Western wolves don’t have sufficient continuity with each other to ensure genetic exchange, wasn’t addressed in Salazar’s announcement. But the Interior Department noted that it will work with Wyoming to establish “adequate regulatory mechanisms” to ensure sustainable wolf populations.

Wolf managers estimate about 1,500 wolves in 100 breeding pairs in Idaho, Montana and Wyoming. The recovery threshold requires at least 30 breeding pairs and 300 wolves for three consecutive years. That benchmark was attained back in 2002.

In the Great Lakes, where approximately 4,000 wolves roam portions of Minnesota, Michigan and Wisconsin, today’s decision means states can go ahead with their plans to hold wolf hunts.

The U.S. Fish & Wildlife Service will continue to monitor wolf populations for at least five years, after which the agency will determine if relisting or continued monitoring is needed, or if the federal government can finally be out of the wolf management business.

Today’s decision is great news for conservationists who have maintained that it’s past time to manage wolves as states do other species, by hunting the surplus population. But you can bet on lawsuits–maybe even as early as tomorrow–by environmental groups keen to keep wolves under federal protection.