You Are A Wimp Compared To Alf Dean

For two weeks every year Alf Dean battled man-eating leviathans the size of tugboats with “experimental” tackle of his own... 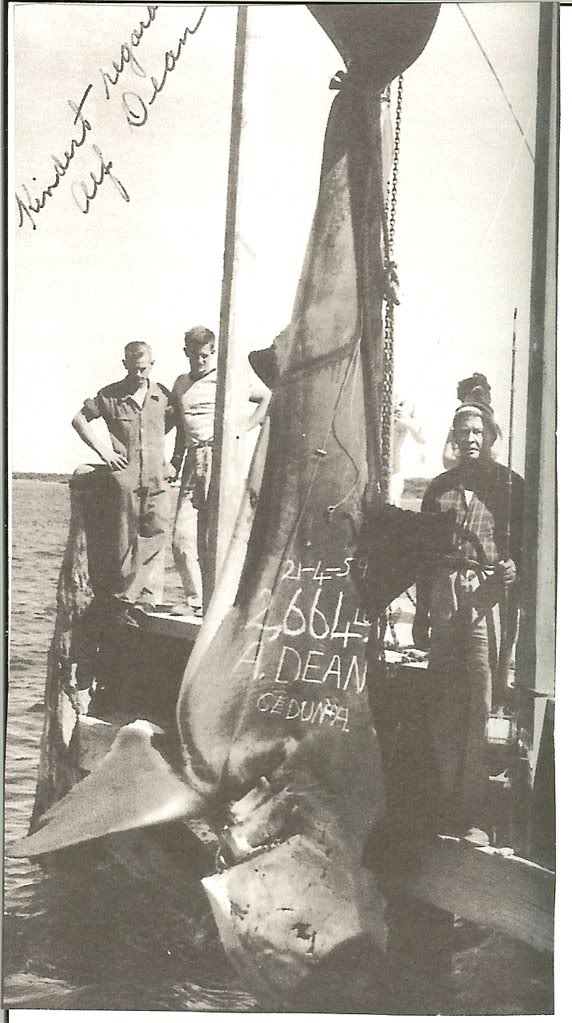 For two weeks every year Alf Dean battled man-eating leviathans the size of tugboats with “experimental” tackle of his own design. His efforts resulted in numerous world records, a ton of accolades, and the title of “the world’s greatest shark fisherman.” Not bad for a guy whose first name would one day become synonymous with a cantankerous puppet that liked to eat cats.

A resident of Australia, Dean was a citrus farmer by trade. He grew up hunting and fishing but didn’t take an interest in shark fishing until he was middle-aged. It was then that he decided that he only wanted to pursue the largest fish in the sea. Unfortunately the first and second largest fish, the whale shark and basking shark respectively, are filter feeders and won’t take a hook. That left the third largest, the great white or white pointers as they were referred to in Australia.

Because white sharks weren’t known as big fighters once hooked and therefore were not a popular game fish, specialized equipment was all but nonexistent in Dean’s time. In fact much of his tackle was self-designed and built by commissioned craftsmen. For bait Dean hung slabs of porpoise, seal, or whale meat in the water. He also ran slicks of chum.

When the sharks began to appear, the meat was pulled onboard and replaced with baited hooks. This method worked well for Dean and procured him the largest fish ever taken on rod and reel; a 17-foot great white that officially weighed in at 2,664 pounds. To this day, no record has come within 750 pounds of that shark.

While it’s hard to imagine a larger shark than this all-time record holder, Dean swore that there was a bigger one out there. In 1952 he hooked into a great white that he gauged at over 20 feet in length and 4,000 pounds in weight. The shark battled Dean for over an hour before coming to rest next to the boat at which point his reel seized and the line snapped. Dean saw the same shark eight years later but was unable to entice her to bait.

Dean died in 1991 but his legendary skills in shark angling live on.

And compared to him, I’m a wimp.