You Are A Wimp Compared To: Frank Mundus 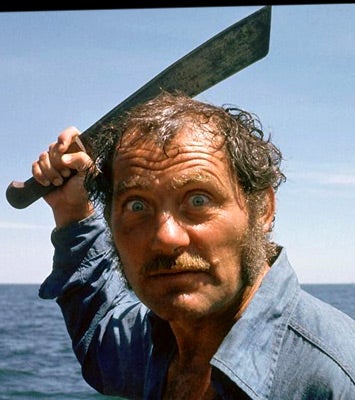 Frank Mundus = Quint
As Mundus's records grew, so did his reputation. And it wasn't always good. Mundus was widely known for his explosive temper and volatile disposition. Even in the 1970s, with clients paying him an astronomical $1,500 a day, he would often belittle them to the point of nervous breakdown. He was coarse and had a dangerous affection for whiskey and often sat on the bridge of his boat with a Tommy gun across his lap.
SHARE
Saltwater Fishing
Shark Fishing