You’ve probably seen the television commercials for Southwest Airlines, where someone does something incredibly bone-headed, and the announcer asks, “Wanna... 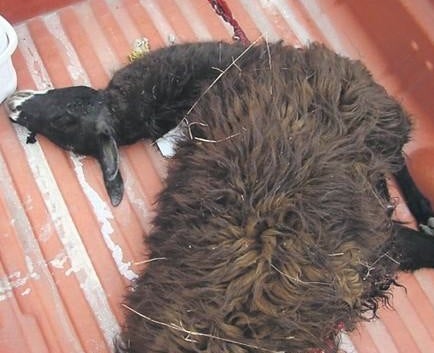 You’ve probably seen the television commercials for Southwest Airlines, where someone does something incredibly bone-headed, and the announcer asks, “Wanna get away?”

We figure that’s probably how Rusty Saunders of Fort Edward, N.Y. felt after he shot–and tagged–what he thought was an elk while hunting in Montana’s Paradise Valley last November.

The details are sketchy as to how Mr. Saunders initially came to his embarrassing revelation, but Mel Frost, the public information officer for the Bozeman office of Montana Fish, Parks and Wildlife confirmed that the Empire State woodsman turned himself in to a game warden in Livingston after realizing he’d bagged a shaggy-furred llama.

Outdoor writer Brett French of the Billings Gazette reported this week that Saunders’ case was ultimately turned over to the Montana Department of Livestock, because, unlike in its native Peru, the llama in considered to be a farm animal in the states, and not wildlife.

After investigating, the livestock folks turned the matter over to Park County authorities without issuing any citations.

“We don’t have any statute to prevent that kind of thing,” Steve Merritt, information officer for the Livestock Department in Helena, told French.

Photos taken by the livestock department showed the field-dressed dark brown and black llama in the back of a red pickup truck, with Saunders’ notched 2008 elk tag clearly attached to its neck. Not surprisingly, the photo is reportedly making the rounds on the Internet, along with verbiage inspired by another television advertising campaign.