Having a difficult time deciding what to get those special women in your life for Christmas? Well, those who track... 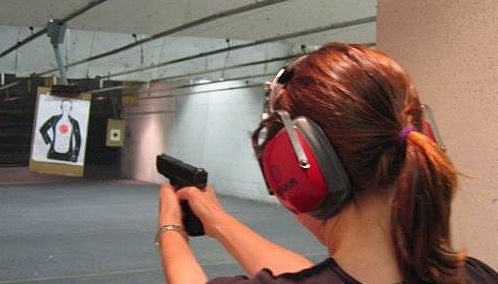 Having a difficult time deciding what to get those special women in your life for Christmas?

Well, those who track Americans’ purchasing and lifestyle trends say all the data points to firearms as one of the most popular choices for females this holiday season. In fact, some forecasters say the last 12 months of record-busting firearms sales will easily spill over into the Christmas season, especially for females who are both giving and receiving.

Asked what they’d like to receive for Christmas gifts this year, women respondents to a Consumer Reports Money and Shopping Blog survey they’d be “thrilled to receive boots, purses, pajamas and guns.”

As further proof the gun sales boon is not wavering, data released this week by the FBI’s National Instant Criminal Background Check System (NICS) reported 1,223,252 checks were conducted in November 2009, ranking the month in the top 10 for most NICS checks in the history of the system.

And consider this: In the 11 years since the FBI began conducting background checks on all potential gun buyers, November and December have been gun retailers’ busiest sales months, without exception.

Want more proof? The number of women participating in hunting and the shooting sports is increasing at an historic clip. Between 2003 and 2008, women who hunted with firearms increased an impressive 3.5 percent to 2.9 million, according to a new report released just last week by the National Sporting Goods Association (NSGA).

During the same period, women who participated in bowhunting rose 1.5 percent to 600,000. In the past year alone, the number of licensed female hunters in Louisiana increased a whopping 12 percent, reaching record numbers for the fairer gender in The Bayou State.

Further, the number of woman taking firearms self-defense instruction and applying for concealed-carry permits has shot off the charts for most of 2009. Female enrollment in the National Shooting Sports Foundation’s “First Shots” Program has set new records all year.

Just as the name implies, the program introduces people to handgun shooting for their first time–along with expert coaching and safety instruction. In the classes, women also learn about safe handling and storage of firearms, state and local permitting processes, how to purchase a handgun, what model and caliber is right for them, how to determine proper fit, holsters, apparel and that some handguns even come in colors designed to be more appealing to women.

Not only does such training impact a woman’s outlook on personal protection, but it also influences her buying habits–a fact increasingly addressed by today’s major handgun manufacturers and firearms marketers.

The St. Petersburg Times reported last week that firearms retailers across Florida say they’ve witnessed more women shopping for guns and training this holiday season than ever before.

“The mama instinct is big-time,” said Mark Rutan, a salesman at Pinellas Park Bill Jackson’s Shop for Adventure in Pinellas Park. “Mamas want to protect their babies, and they will.”