A 12-pound 2.9-ounce white catfish caught near Spence’s Point last week is in the process of being certified as a... 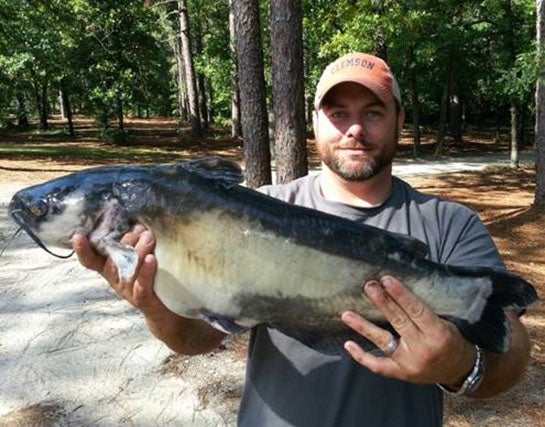 A 12-pound 2.9-ounce white catfish caught near Spence’s Point last week is in the process of being certified as a state record, according to the South Carolina Department of Natural Resources.

Charles Earp is the lucky angler. He told the DNR he hooked the fish with a treble-hooked sponge coated in Sonny’s Super Sticky Catfish dip bait in about 6 to 8 feet of water.

“We have been seeing a substantial increase in the size of white catfish in this lake from our surveys,” Ahle told the website. “I wouldn’t be surprised to see another record white catfish or a state-record white perch come out of this lake, because I know they are in here.”

Ahle said the DNR is currently processing the paperwork to make the record official. The previous white catfish record of 9 pounds 15 ounces has stood for nearly 30 years. That fish was caught in 1986 by Jim Schwietert. SCDNR will also provide Earp with a mount of the fish and a duplicate mount will be displayed at DNR headquarters in Columbia.