Some people collect stamps or coins. Others can’t pass up old books or records. I can’t walk past steel strikers... 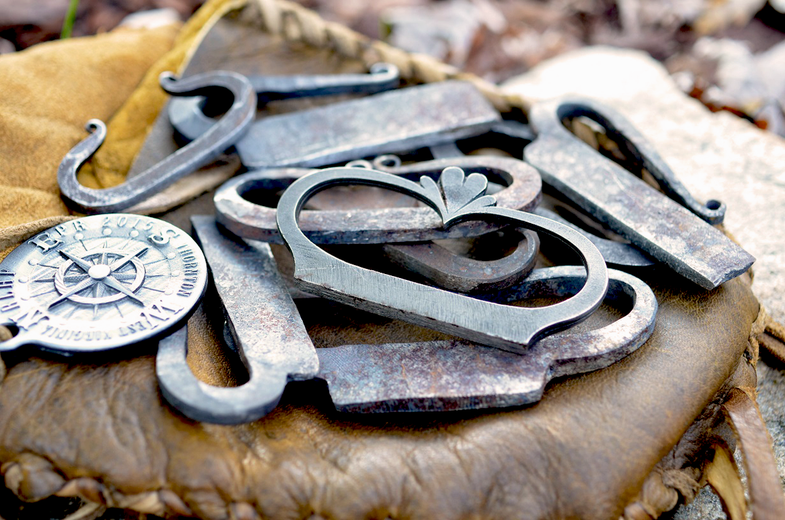 Some people collect stamps or coins. Others can’t pass up old books or records. I can’t walk past steel strikers without buying new and unusual ones. At a recent muzzleloader event, I picked up a new steel striker for traditional flint and steel fire starting. It’s a pretty little job with a heart motif in the handle. It was fairly expensive, but also American made, so I didn’t mind. And it sparks like a muffler dragging down the highway, too. None of the old timers in the sutler’s tent needed to tell me how wonderful flint and steel can be, or how that striker could last for generations and become a family heirloom. They’d be preaching to the choir. I’m already a convert. But if you’re unfamiliar with the real flint and steel, let me share some of the reasons why this antiquated fire starting method should still be considered for survival.

Longevity
I wasn’t kidding about handing down a striker to future generations. As long as you don’t lose it, you could have a serviceable steel striker for a very long time. They can rust a bit in damp situations, due to the qualities of the steel. But this rust can be scraped or sanded away to make the striker look good as new. Since the stone only scrapes off a micro-sliver of steel, there should be enough metal on the average striker to make thousands of fires and hundreds of thousands of sparks. It could last for centuries if your great grandkids don’t lose “great pappy’s” striker playing Daniel Boone in the woods.

All-Weather Service
It doesn’t matter how cold it gets. It doesn’t matter if the striker got wet. As long as you have a sharp piece of stone to scrape against the striker, you’ll get your spark. This fire starting method creates a red hot spark by striking a piece of high carbon steel against a hard, sharp stone edge (like a flake of flint or similar stone). The steel shaving is ignited by the friction of striking steel and stone together. This burning steel spark is immediately caught in fire charred material, then placed in dry tinder and blown into flame, regardless of the weather.

Versatility
Don’t feel like you HAVE to use a rare piece of stone for flint and steel fire making. Any rock with a sharp edge and denser nature than the steel will work just fine. This stone could be flint, chert, agate, jasper, quartz or anything else that is harder than your steel striker. The char can also be made from many different materials as well, so long as it is some form of partially burned, plant based material for catching and feeding a spark. Cotton and linen fabric were traditional American frontier char cloth materials. However, most flammable plant fibers, tinder, some shelf fungi and punky, rotten wood can be turned into “char cloth.”

To make your own char, you’ll need a metal container that is nearly air tight, with just one or two small holes poked in it by a punch or nail. Fill the can with the material to be charred, and place it in the center of a campfire for 5-6 minutes. Smoke and maybe some flames should begin to jet from the few small holes in the container. Once it stops smoking, use a stick to carefully roll the hot container out of the fire and let it become cool to the touch. The char cloth should be black and fragile, but not burned up to ash. It should also catch sparks very well and be very receptive to optical fire starting.

Do you have a traditional steel striker? What’s your favorite stone to strike and char to burn? Please share your experience in the comments.