Flint-and-steel is an early fire-making technique that dates back to the first days of metal work in Europe and Asia.... 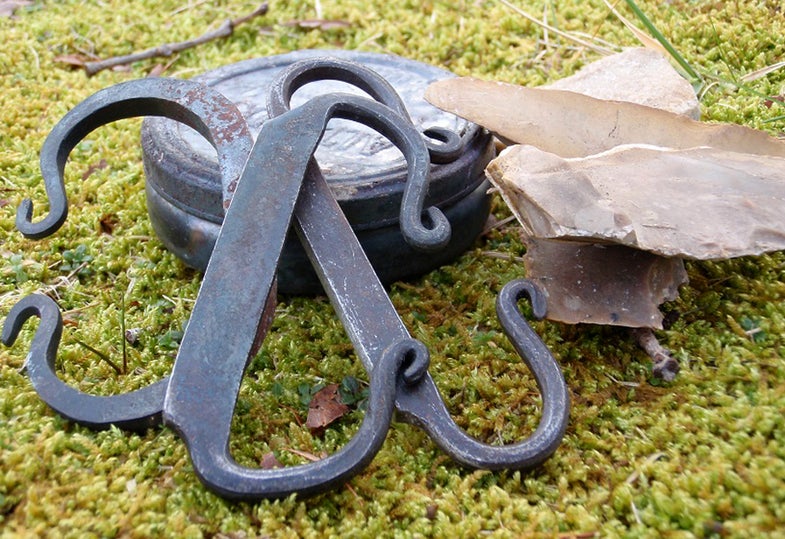 Flint-and-steel is an early fire-making technique that dates back to the first days of metal work in Europe and Asia. This method creates a red-hot spark when a piece of high-carbon steel is struck against a hard, sharp stone edge (like a flake of flint). Flint-and-steel is often confused with ferrocerium rods and magnesium bars in modern times, but the true flint-and-steel set produces tiny steel shavings that are ignited by the friction of striking the steel and stone together. These steel sparks are caught in fire-charred material—commonly called char cloth—which is then transferred to dry tinder and blown into flame. It’s this charred material that is so essential to success with flint-and-steel, and is the topic of this post. Contrary to popular belief, char material doesn’t have to be made from cotton cloth.

Flint-and-steel char can be any blackened, plant-based material that will catch and feed a spark. As mentioned, it’s part of traditional flint-and-steel fire building, but it’s no one-trick pony. Char can also easily be lit by modern implements like ferrocerrium rods and optics (magnifying glasses and parabolic mirrors). Cotton and linen were the popular raw materials for making char cloth on the American frontier, but you can also use most flammable plant fibers, bark tinder, cattail fluff, some shelf fungi, and punky, rotten wood.

To make your char, you’ll need a metal container that is nearly air tight, with just a few small holes made by a punch or nail. Fill the can with the material to be charred, and place it in the center of a campfire for 5 to 6 minutes. Smoke and maybe some flames should begin to jet from the small holes in the container. After three to five minutes, the smoke should almost stop jetting out. At the 5- to 6-minute mark, use a stick to carefully roll the hot container out of the fire and let it sit until it’s cool to the touch. Open the box once cool. You’ll see that the char material is black, shrunken, and fragile—but not burned to ash. It should catch sparks well. If not, it was either a poor material to use, or it might need further charring. If it is not yet blackened and fragile, it will definitely need further charring. Try a different material or a hotter fire next time.

Another way to make charred tinder is to ignite a ball of tinder material (tree bark fiber is my favorite), and once it’s engulfed in flames, drop it into a glass jar or metal box and close the lid. The lack of oxygen will snuff out the flames and embers, leaving a combination of char and dry tinder. This material will last indefinitely and will reignite from a small spark and a steady breath of air. Of course, you have to have fire to make the stuff to make more fire later, but this is part of our heritage—these skills and the wisdom to plan ahead for our needs.

While we’re on the topic of char, I’d like to dispel one fire-building myth. You can’t just grab some chunks of charcoal from a campfire and use them as char. Campfire charcoal was created in an oxygen-rich environment, and it does not behave the same as true char cloth, which must be created in a low-oxygen environment in order to work properly, or to work at all.