Survival Skills: How to Escape From a Car Trunk

Whether you’re the victim of a kidnapping or just the subject of a prank gone horribly wrong, getting locked in... 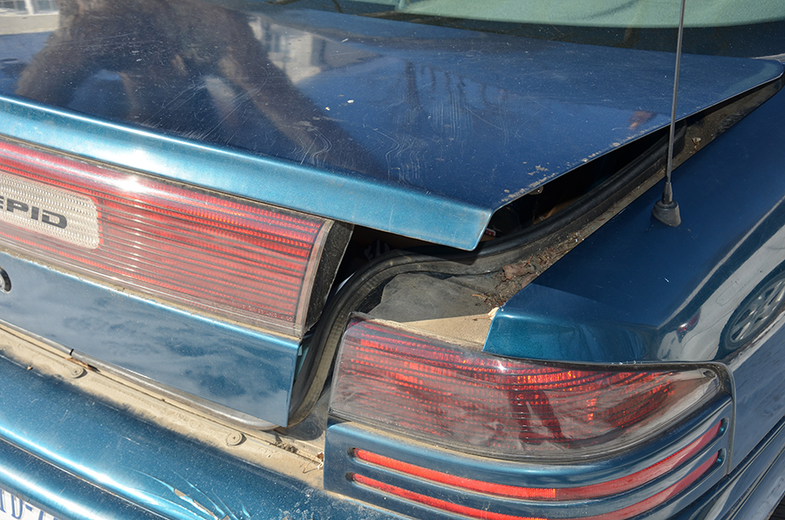 Whether you’re the victim of a kidnapping or just the subject of a prank gone horribly wrong, getting locked in the trunk of a car is a serious situation. Most new cars have escape systems in place, like glow-in-the-dark handles that you can pull to release the latch from inside the trunk. But there are still many vehicles on the road today that lack a simple anti-kidnapping feature. If you find yourself in one of these trunks, know that there are still several ways out.

Pull the Trunk Release
If you’re not lucky enough to see that glowing T-handle trunk release, you still might be able to find the trunk release cable running from the driver’s compartment. Try tugging it toward the front of the car, either bare-handed or with pliers you find in the trunk. This cable is usually along the floor on the driver’s side in most makes and models of cars, though it could also be on the passenger side.

Use Some Tools
Feel around for a screwdriver or tire iron you can use to pry the trunk latch open. If that isn’t an option or doesn’t work, use the tire jack and some kind of block to push on the center of the trunk near the latch, hopefully breaking it. Or you could pry up a corner of the trunk lid, then signal other drivers for help. Using a jack may be trickier than it sounds. Scissor jacks and bottle jacks aren’t as tall as most trunks are deep. The jack will only help if you can extend its reach.

Kick Your Way Out
If the car is parked and empty, kick through the backseat and crawl out through the passenger compartment. If you can’t manage that kind of escape, you might be able to kick out a tail light from inside the trunk. Once the light is out, stick your hand out through the hole and wave to attract help.

Got another way out? Let’s hear it in the comments.