Even if you’re not squeamish at the sight of blood, it’s never good to see large amounts of this precious... 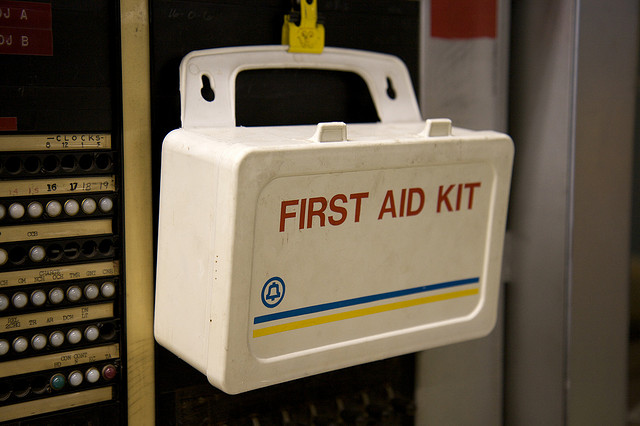 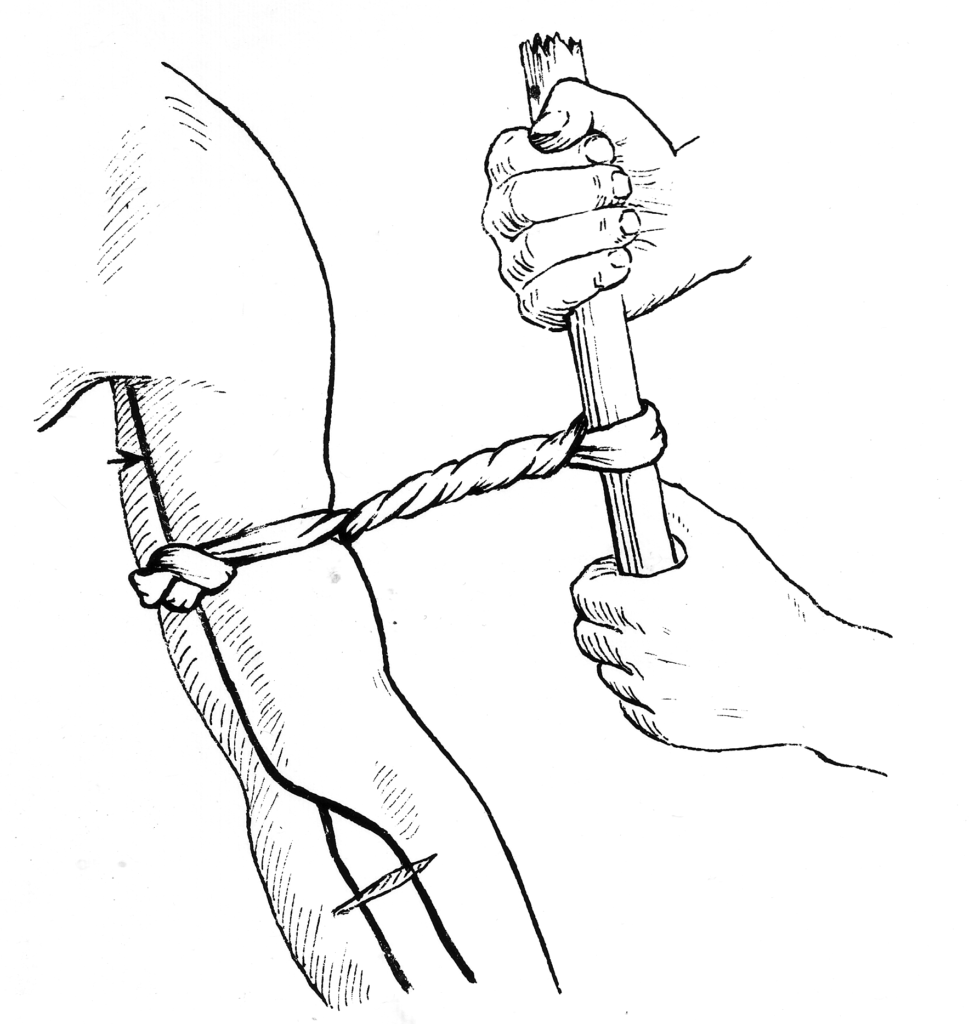 Even if you’re not squeamish at the sight of blood, it’s never good to see large amounts of this precious fluid spilling all over the ground. Major blood loss is a life threatening situation, and if that loss occurs quickly, loss of life is soon to follow. Luckily there are a number of ways that we can stop this level of bleeding, even in the field and with little gear at hand.

Direct Pressure
The first thing you should do is apply generous pressure to the wound site with a dressing, a piece of clothing, or even your bare hand if necessary. Time is not your friend when someone’s bleeding out, so don’t worry about rummaging for sterile dressings. An infection might take weeks to kill, but major blood loss kills within minutes. Use a combination of direct pressure, elevating the wound above heart level (if possible), and improvised dressings. If a dressing soaks through, don’t remove it. Just add another dressing on top and continue the pressure until the bleeding stops.

Pressure Points
If severe bleeding does not stop with direct pressure and elevation, switch tactics and apply direct pressure to the nearest artery. When you apply pressure to an artery, you stop bleeding by pushing the artery against bone. There are specific major arteries in the body where pressure should be placed. Press down firmly on the artery between the bleeding site and the heart, closer to the heart. After bleeding stops, do not continue to apply pressure to an artery for longer than five minutes. This technique requires knowledge of the major arterial pressure points. There are several pressure points used in emergency medical treatment of severe bleeding, but the two most common points are the femoral artery and the brachial artery.

Femoral Artery
The femoral artery is the primary pressure point for the legs. There is one in each upper thigh, inside the thigh near the area of the groin. This artery can require much more pressure than other arteries because of its deeper location.

Brachial Artery
Bleeding from the arms or hands can be reduced or stopped with pressure to the brachial artery. This point is on the inside of the upper arm, between the bicep and edge of the triceps, several inches down from the armpit. Feel for a pulse there and apply pressure with several fingers or your thumb.

Tourniquet
If the injury is so severe that these methods aren’t stemming the flow of blood, it’s time to consider using a tourniquet. The victim might lose the body part due to lack of circulation, so this is a last resort to save a life at the expense of a limb. Select a strong, broad, flexible object, such as a rolled-up shirt, thick cord, rope, or belt. It should not be so thin as to cut into tissue and cause further injury or bleeding. Wrap the tourniquet around the limb as close to the injury as possible, and tie it off as tightly as you can. Alternatively, you can tie the tourniquet around the limb in a loose loop, then tie a handle such as a short, strong stick inside the knot of the loop. Turn the handle several times to twist and tighten. Whatever method you use, you should secure the tourniquet so that it does not come unwound. If possible, dress and bandage the wound, mark the time the tourniquet was applied so that you can later inform the professionals, then get the victim to medical care as soon as possible. Think of your role here more as plumber than doctor—squeeze off the pipes to stop the flow.

Have you treated major bleeding? Are you ready to treat it? Let us know your thoughts in the comments.