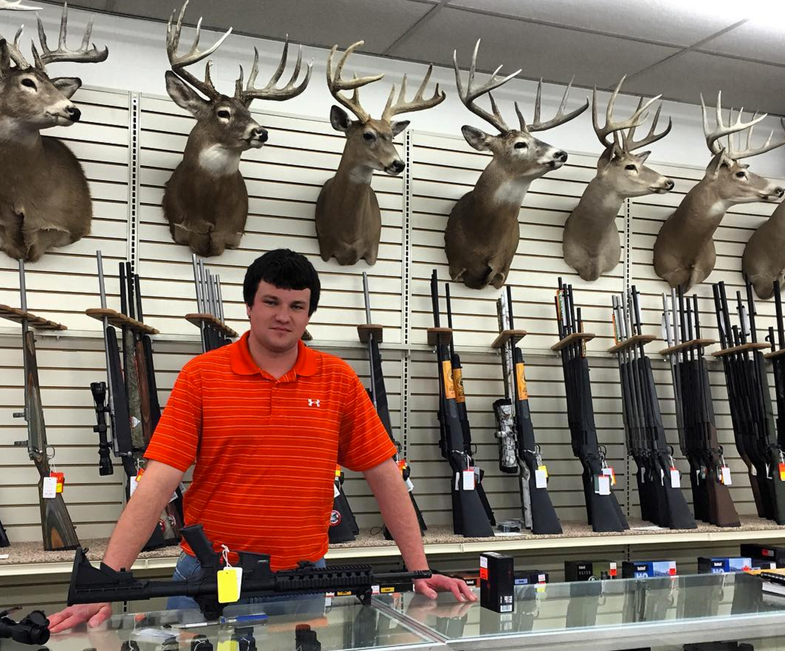 President Donald Trump’s nomination of 10th Circuit Court Judge Neil Gorsuch as the late Antonin Scalia’s Supreme Court successor is being roundly lauded by gun rights groups and, of course, prompting the gun control lobby to wail in drum circles of despair — even though the 49-year-old Harvard Law School graduate’s resume includes no significant Second Amendment rulings and, in fact, is considered by analysts to a track record of a thoughtful, restrained jurisprudence.

Gorsuch, whose late mother was President Ronald Reagan’s EPA administrator, was among the 21 candidates Trump presented during his campaign as candidates for the Supreme Court. As noted in Outdoor Life’s Jan. 28 ‘Top Story’ blog, he and 11th Circuit Judge William Pryor and Third Circuit Judge Thomas Hardiman were Trump’s three finalists.

Gorsuch may have gotten the ultimate nod because of his “Scalia-ness,” with some legal scholars calling him as “the most natural replacement for late Justice Antonin Scalia.” He is universally respected for a writing style that conveys complex legal theory in lucid, often humorous, context so those who are not legal scholars can actually understand them.

Not that they are objecting, but if gun rights advocates had their way, Gorsuch would not have been the nominee. “From the perspective of gun rights, the other name that was high on the list of likely nominees, Thomas Hardiman of the Third Circuit, would have been better,” writes Greg Camp of Guns.com, referring to Hardiman’s history of pro-Second Amendment rulings.

Because Gorsuch ruled in favor of the “felons” in these cases, House Minority Leader Nancy Pelosi (D-Calif.) said that means he favors felons over gun safety. “If you care about that for your children, he’s not your guy,” Pelosi said during a Jan. 31 town hall on CNN.

Americans for Responsible Solutions and the Law Center to Prevent Gun Violence also attacked Gorsuch as a child-hating felon lover who, as a 10th Circuit jurist, “made repeated efforts to weaken the federal law that’s prohibited felons from possessing guns for the past 50 years, a law that has saved thousands of lives and enjoys near-unanimous support among Americans and elected officials on both sides of the aisle.”

PolitiFact found these claims “Unfounded.” In fact, PolitiFact’s fact-verifying nuisances said the actual facts indicate that the gun lobby is knit-picking two unique cases in which rulings were specific to precise facts in both cases.

In U.S. v Reese, PolitiFact dismissed objections to a Gorsuch’s ruling as ideological hysteria with little basis in fact, noting, “it takes a tremendous leap of logic to view this decision as an attempt to rethink the federal ban on gun possession by felons.”

Of course, logic-free leaping is what these groups do. Unfortunately, they’re not alone. That’s what we do now. That’s how we make policy. It’s all about what you believe, not about what you know in an “alternate fact” world where ideology is now reality. Just believe it and it is true.

Gosh, anyone reading headlines last week would have thought that the Republican-controlled House just repealed restrictions against putting firearms in the hands of the severely mentally ill. Any Google scroll of headline-after-headline would have told you so.

Of course, as reported in Outdoor Life’s Jan. 28 gun-rights blog, nothing further could be the truth.

To reiterate for talking points in case you have to help headline-reading hysterics off the ledge: Among the repeal of several “midnight” regulations installed during the last 60 days of the Obama Administration under the Congressional Review Act (CRA), Congress did away with a Social Security Administration rule that labeled some Supplemental Security Income and Disability (SSI) recipients as “mental defectives” and reported them to the FBI’s gun ban database as ineligible to legally own or possess a firearm.

Under the rule, possession of firearms by these “mentally defective” individuals — as many as 75,000 law-abiding citizens, including veterans — could be prosecuted as a felony, punishable by up to 10 years in prison.

Even the SSA acknowledged, the rule could be interpreted as an example of regulatory over-reach exceeding intent. The poorly written rule could have potentially affected anyone who receives benefits and has a representative payee who helps them manage their SSA funds.

The rule was repealed with bipartisan support because, among other things, the recently adopted 21st Century Cures Act includes regulations regarding how gun rights for those deemed mentally ill, or undergoing various treatments and remedies, are to be managed. Unlike the Obama executive rule, which was always a temporary measure, it actually includes a “due process” procedure which, at last check, is an important component of the Constitution.

“This was yet another sordid episode of ‘The Press Is Having a Breakdown,’ coupled with a special installment of ‘Celebrities Tweet Falsehoods Without Knowing It,’” writes Charles C. W. Cooke, editor of National Review Online, on Jan. 3. “Contrary to the AP’s suggestion, the background check system remains in place. Contrary to The Hill’s implication, the rule change in question did not repeal the limitations on the “‘severely mentally ill.”’

So, headline readers and Facebook meme believers, please climb down from the ledge.

— No, the GOP Did Not Just Repeal the Background Check System or Give Guns to the Mentally Ill

— Opinion: Will Trump Follow Through with a Gun-Friendly Agenda?

The Arkansas and Wyoming Houses of Representatives have approved bills allowing the lawful carry of concealed handguns on public college and university campuses. In both cases, the bills are expected to be adopted by their respective state senates.

According to the National Conference of State Legislatures, at least eight states allow for campus carry by those with permits, including any adult staff member. A ninth state, Tennessee, allows only for armed faculty.

The Arkansas House approved HB 1249 in a 71-22 vote. It allows faculty and staff to carry on campus if they have a permit. Rep. Charlie Collins (R-Fayetteville), the bill’s sponsor, argued it could help augment school security.

Collins told the Associated Press that the bill was proposed “not to create more gunfights at the O.K. Corral but to deter some of the gunfights that we might otherwise have.”

Wyoming HB 136 passed in a 40-19. It would allow those with a valid concealed carry permit to bring their firearm to or near campus, including sporting events, without first having to get the consent of school security.

“People may think they’re safe, but they are not,” said Rep. Bo Biteman (R-Sheridan), the bill’s sponsor.

— Why Chicago’s Crime Problem Is Growing

— Ohio arms sales up sharply amid talk of rising violence

— Pro-Gun Bills on the Move in the Arizona Legislature

— Gun Bill In The Georgia Legislature Has Bipartisan Support

Fourth Circuit ruling: ‘Armed’ is now the same as ‘Armed and Dangerous’

In a Jan. 23 ruling, the 4th Circuit Court of Appeals has declared that being armed, even legally, is the same as being “armed and dangerous” in a decision that could have profound implications for gun owners’ First Amendment and Fourth Amendment rights.

The ruling, announced in late January, comes from deliberations in U.S. v. Robinson and, potentially, means a legally armed gun owner automatically waives the Constitutional prohibition against unauthorized search and seize by law enforcement simply be being armed in public.

This case has an extensive history but here’s a brief synopsis: In March 2014, Shaquille Robinson was a passenger in a car pulled over by police in Ranson, WV. It was pulled over, allegedly, because driver and passenger were not wearing seat belts.

However, the police later disclosed that they had received a tip that Robinson had been seen in a 7-11 parking lot loading a gun and putting it in his pocket before he got in the car. Police searched Robinson after pulling the car over and found the gun in his pocket, and arrested him for an illegal possession of a gun by a felon.

Robinson challenged the search. Police had no legal grounds for the search that found the (actually illegally possessed) weapon. “Under the logic of the district court, in any state where carrying a firearm is a perfectly legal activity, every citizen could be dangerous, and subject to a Terry frisk and pat down,” his attorneys argued.

A 4th Circuit Court panel agreed with Robinson in 2016 and overturned his initial conviction. The government appealed to the full circuit court, which issued the ruling on Jan. 23. Their ruling was in response to the question whether “armed” should legally be presumed to mean the same thing as “armed and dangerous,” and their conclusion was “Yes.”

The ruling has fostered alarm by, among others, the National Rifle Association’s Institute for Legislative Action and Ammoland. The NRA-ILA, in a statement, said the decision essentially relegates lawful gun owners into second class citizens.

The ruling epitomizes “the disordered thinking that leads to useless and persecutory gun control by focusing on an inanimate object, and not on human behavior, as the controlling factor of the law,” the NRA-ILA states.

Many hope to see this case kicked up to the Supreme Court.

— Court Rules That Those Carrying Concealed Are Presumed to Be Dangerous