After a long day on the water trying to fill their limits, the three fishermen spotted the teenagers in the water on their way back to the harbor 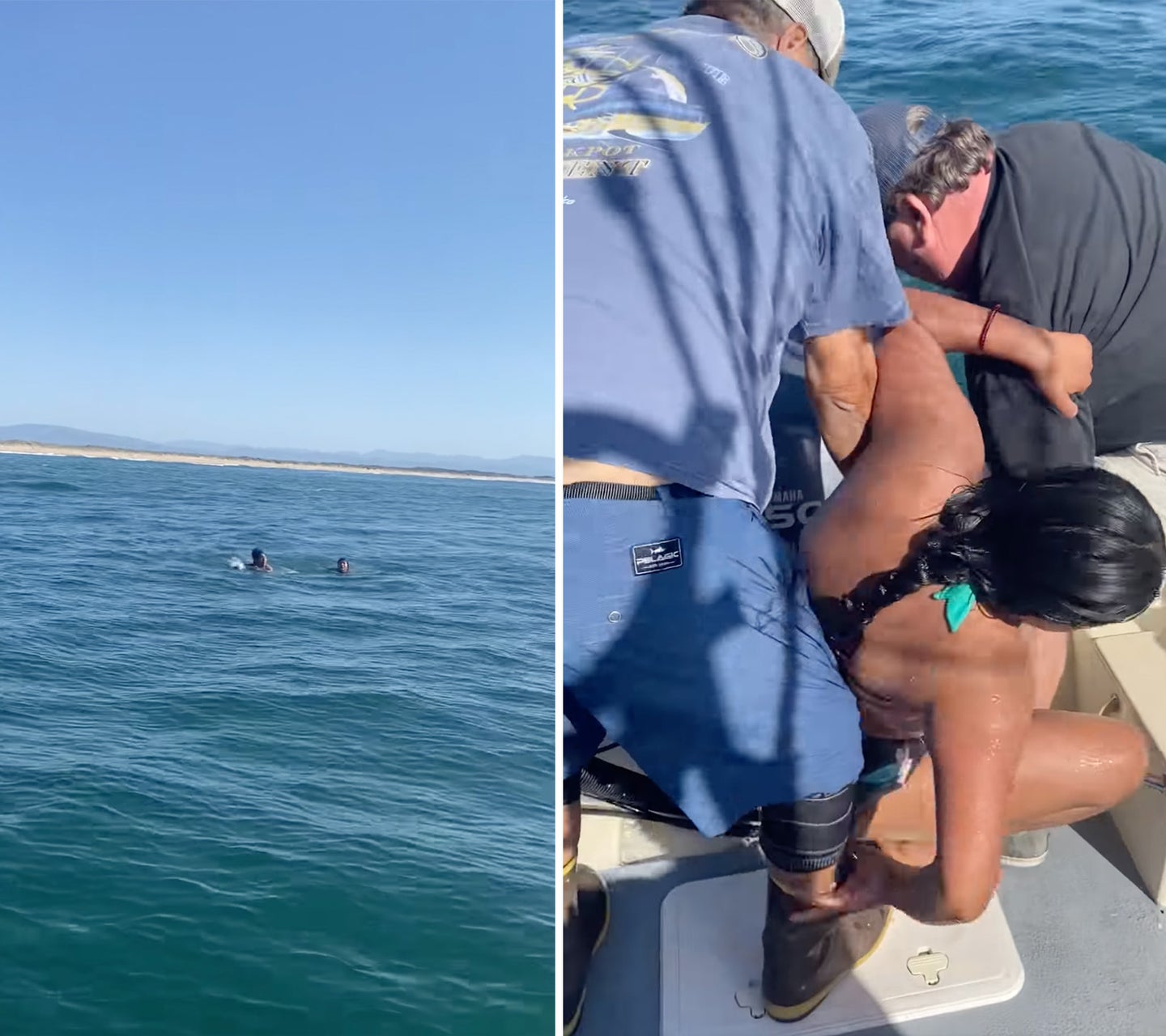 The two girls were roughly a mile offshore by the time they were spotted. Bill Weilbacher
SHARE

Three salmon fishermen in Central California caught their limits and more last Thursday when they saved two 16-year-old girls from drowning in Monterey Bay. After getting the teenagers out of the water and into their boat, the fishermen brought the girls back to the harbor where they were reunited with their parents.

Doug Armstrong, Mike Arujo, and Bill Weilbacher left Moss Landing Harbor in Arujo’s 21-foot boat around 8 a.m. on April 7. They ran six to eight miles out into the bay and started trolling for king salmon using downriggers and frozen anchovies for bait. The limit for ocean kings in California is two per angler, and Weilbacher says they caught their first five fish in short order.

“But that last fish just seemed to take forever,” Weilbacher tells Outdoor Life. “We had a couple shake off the hook, and one fish chewed right through the line, and we lost him. As a result, we were the last ones out there. Everyone else had already gone in after limiting out or giving up.”

Later that day, Weilbacher would look back on this struggle and their decision to keep fishing as a blessing in disguise. Had they not stayed on the water later than everyone else, they probably wouldn’t have been in the right place at the right time.

As it happened though, the three fishermen were headed back to Moss Landing with a cooler full of salmon that Thursday afternoon. Weilbacher says they were cruising along at 28 knots, listening to music and cracking a couple of celebratory beers, when they spotted the girls treading water in the bay.

“We went right by them at speed, and I just saw this head bobbing in the water maybe a hundred yards off our starboard beam,” Weilbacher explains.

He says the teenagers didn’t try to wave them down at first. But then the fishermen turned the boat around, and in a video that Weilbacher recorded on his phone, he asks, “Are you guys okay or are you in trouble?” The girls respond immediately, yelling, “No, we need help!” He then tells them to stand by as the fishermen hustle over to help them into the boat.

“Neither one of them could stand or feel their legs,” Weilbacher says. “When we got them onboard, both of them were puking up saltwater. And for the first 10 minutes, they were crying and just hysterical.”

The fishermen were able to get the teens into some warm clothes right away, and by the time they got back to Moss Landing Harbor, Weilbacher says the girls had calmed down considerably. When the paramedics showed up at the harbor along with the girls’ parents, the teenagers were taken home and did not require hospitalization.

He explains that the two girls had apparently gotten caught in a rip current while swimming at a public beach near Moss Landing. Instead of swimming parallel to the shore, which is the recommended strategy for getting out of a rip, they fought it until they were carried roughly a mile north of the beach and at least a mile offshore. There were no lifeguards on the beach, but a younger brother of one of the girls called 911 after he saw them swept out to sea.

This meant that U.S. Coast Guard was already aware of the situation when Arujo called in to tell dispatch they had picked up two swimmers. As Weilbacher explains, however, the closest cutter was still an hour away, and it’s unlikely that two the girls would have lasted that long in the water. Both were wearing two-piece swimsuits, and the bay was approximately 53°F Weilbacher says. By the time they were rescued, he estimates that the teenagers had been in the water for 30 to 45 minutes.

Read Next: Coast Guard Rescues Shark-Bit Fisherman in the Bahamas, Credits Tourniquet for Helping Save His Life

“It was just a real blessing for us to be there when we were,” Weilbacher says. “All three of us have been on the water for 40-plus years, and we’ve assisted here and there as that sort of thing occurs. But this is the first time I can say without a doubt that we definitively saved a couple lives.”