10 Reasons People Get Lost in the Wild

Between the years of 1992 and 2007, our national parks were the site of 65,439 search and rescue (SAR) incidents. From these thousands of SAR missions, a large percentage of “call outs” involved outdoor enthusiasts who had become lost in the wild. But with all of the technology we have today—such as cell phones, GPS devices, and satellite phones—how does this still happen? We can all imagine different scenarios that would disorient us in the remote backcountry. The weather could hamper our visibility, the vegetation could limit our view, or the terrain may obscure the local landmarks. Certainly, being unlucky or under-prepared can put us in a tough situation, and one that Mother Nature may not abide. So what kind of blunders leave people floundering and lost? Read on to discover the common pitfalls of wilderness navigation, and how to avoid them. 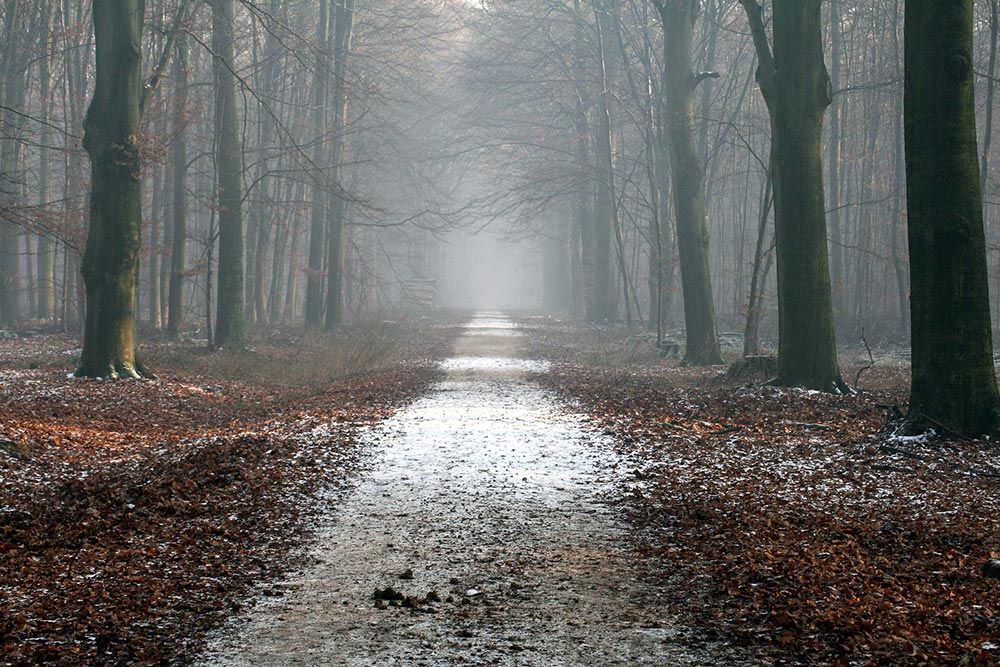 Your ability to travel and judge distance changes with the terrain.

With a heavily laden backpack, every mile you trudge may feel like two miles. And when you’re wandering through the wild in an ideal setting (like a cool, dry autumn forest), you may travel farther than you have realized. Unless you are skilled at pace counting (likely from military service, which we thank you for), the average person will have to make a wild guess about the distance they have traveled when “mile marker” features are absent. This can result in overshooting your mark or falling short of it.

The cure for this wilderness woe is to learn to judge distances in various terrain, and with different loads. Actually counting your steps can be irksome, but counting time is much easier. Figure out how many miles you can typically cover in one hour when traveling uphill, flat, and downhill, with different loads on your back and in different terrain. Once you have a handle on the amount of ground you normally cover in any given situation, you can use the amount of time to help you calculate your distance traveled. 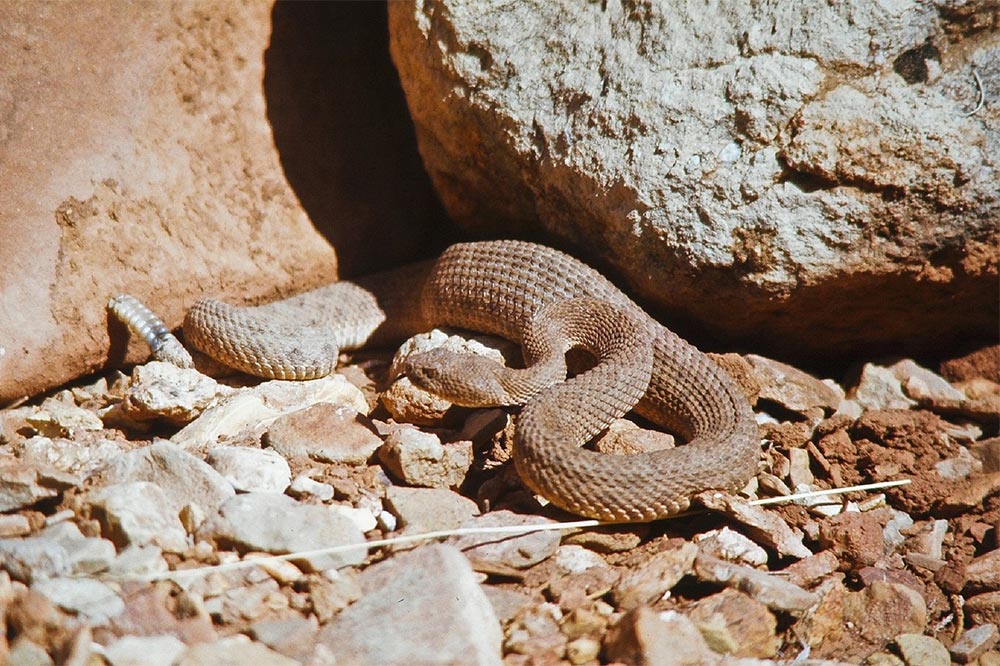 Keep your eyes peeled on the trail.

Wandering aimlessly or becoming lost in thought as you walk through the wild can be very therapeutic, but it can also be inadvisable. It’s important to pay attention to your surroundings for many reasons. When we let our powers of observation lapse, we might step on a rattlesnake, walk right by a trail marker or take a wrong turn that would lead us into a dangerous place. The fix for this problem is to stay tuned in to your senses when you travel the wild. Listen and use your sense of smell to engage with the landscape. And use your vision most of all. When people hike with their head down, looking only at their feet and a few yards of trail ahead, they miss the beauty of nature—and the dangers as well. I prefer to keep my head on a swivel as I hike, drinking in everything that nature has to offer. I also look behind me periodically, for safety and to familiarize myself with the look of the trail or landscape (in case I need to come back that way). Sure, you can visit the wilderness to unplug and unwind, but you still need to keep your wits about you and pay attention to your surroundings.

SAR Fact: In roughly 3% of SAR search missions, the subjects were never found (alive or dead). 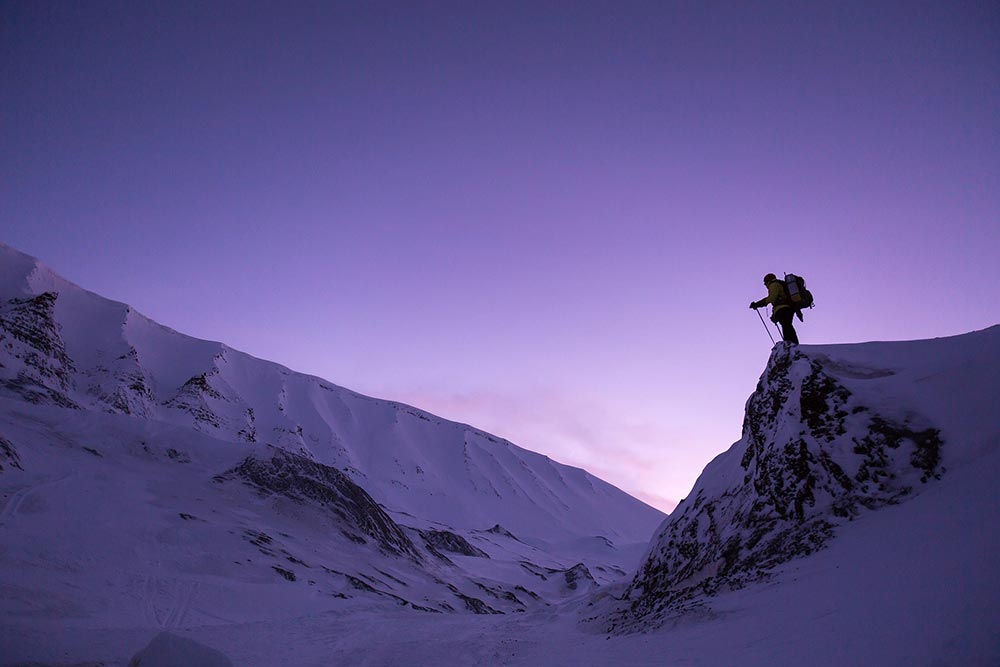 Don’t bite off more than you can chew.

We all know “that” guy. He’s arrogant, bombastic, and feels he can do no wrong. He’s also a statistic. The most likely group of search and rescue targets will be young men between the ages of 20 and 25 (the second group is men between 50 and 60). These cocksure fellows frequently head off into the wild when ill equipped and underprepared. They are also certain that they have a great sense of direction, and that you should follow their lead. But this chap’s own hubris often blinds him to the danger that he poses to himself and his companions. Don’t be “that” guy. Ask for directions and check your map often. And if you’re not him, don’t bring him with you into the wild.

SAR Fact: On average, men account for more than 50 percent of the people needing search and rescue aid. 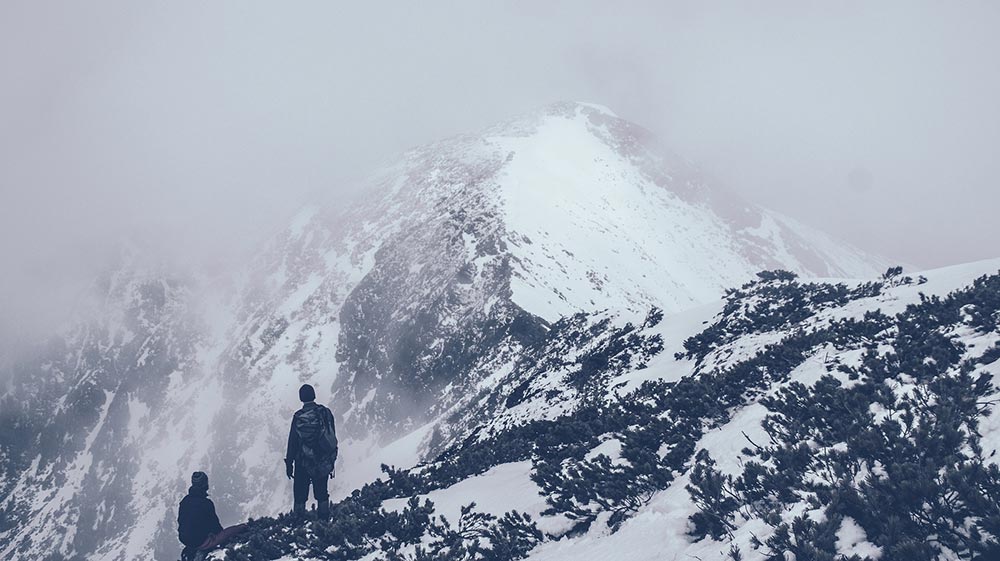 Hunting, fishing, and camping in the mountains warrants extra caution.

Some types of terrain are easy to navigate. They may have landmarks that are easy to spot and use. The terrain may feature valleys and ridges that can give you a constant sense of directions. Other types of terrain, however, can challenge even the best navigators among us. Flat and featureless landscapes with no distant landmarks can be trying to travel. Worse yet, it’s easy to get swallowed by flat terrain that has vegetation taller than you. Swamps, canyon lands, and mountainous terrain are also thorny. For these vexing landscapes, don’t leave home without a GPS device, as well as a map and compass. You’re going to need them.

SAR Fact: The most common locations for SAR missions are mountainous. One out of five cases occurs between 5,000 and 15,000 feet in elevation. 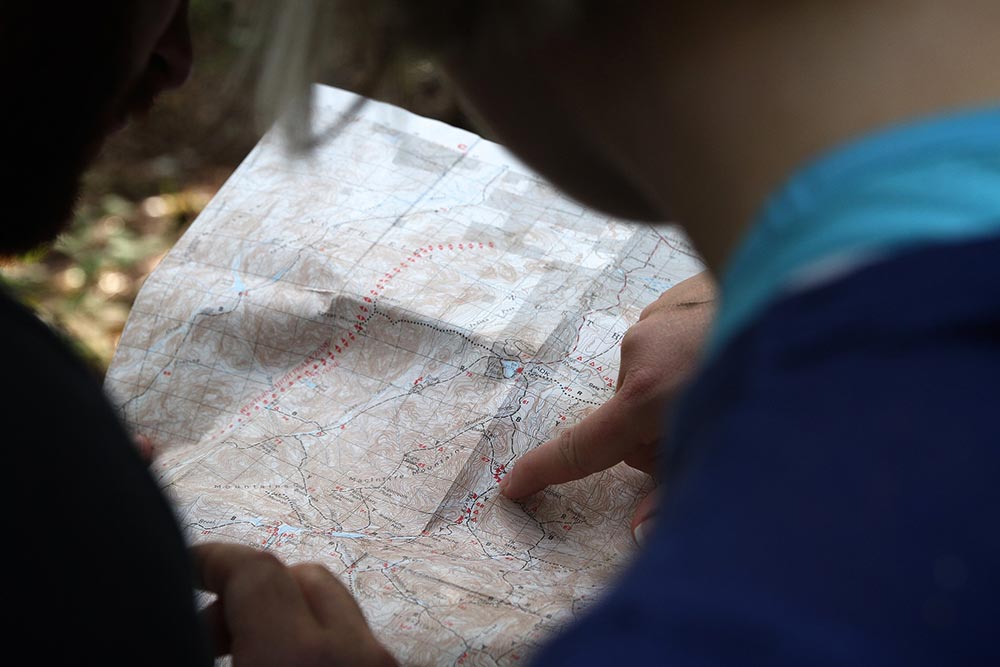 People head into the wide open spaces without a map, all of the time. And some of those who do think to bring a map will lose theirs along the way. But there’s a great cautionary tale a friend told me years ago, which bears repeating. Some frugal friends had printed out a trail map at home on ordinary paper. After using the map to travel into a remote area, the weather took a turn for the wetter. Well, these folks had used an ink jet printer to create their map. As most of us know, this isn’t waterproof ink, and after a little moisture, their legible map turned into a Jackson Pollock painting. The moral of the story is simple: bring a waterproof map. You may still lose your map, but at least you started out with a chance of finding your way.

SAR Fact: After mountains, canyons are the next most likely terrain for SAR missions. 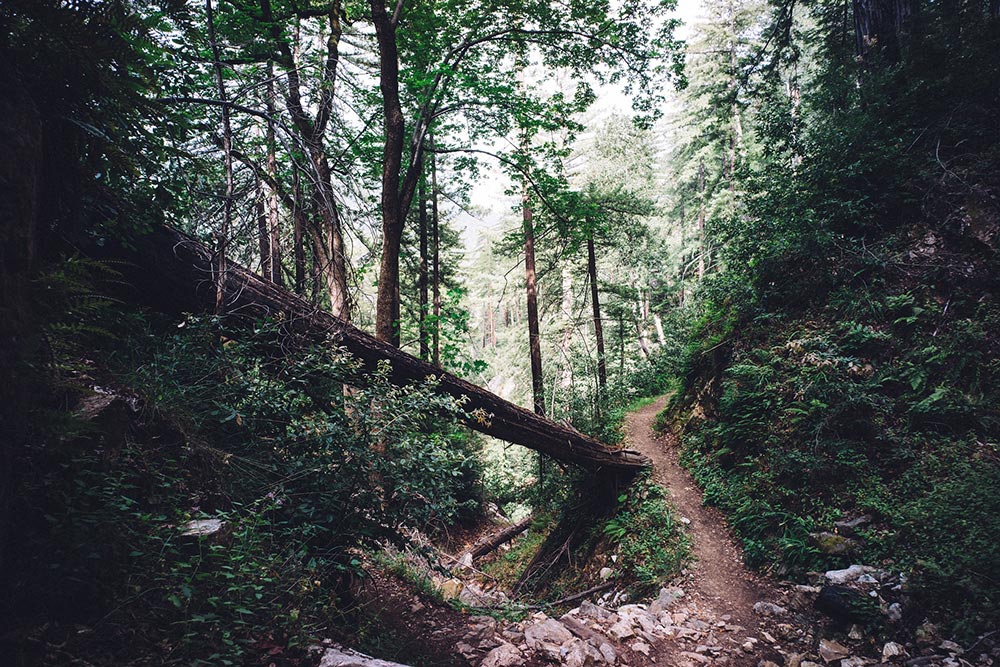 Just because you’re following a trail doesn’t mean you can check out mentally.

Big game animals and humans have more than a few things in common. Both are creatures of habit and both leave trails through the wilderness. It’s also pretty easy to mistake one path from another, in certain seasons and substrates. It doesn’t help that some game animals will use human trails and then peel off. These false trails can look like a legitimate hiking trail for some distance, but they may peter out, or end abruptly. So when you find yourself on a trail that doesn’t lead anywhere, turn around and look for your own footprints as you go. Checking for tread lugs in the dirt is an easy way to track humans, and it can help you get back to the designated people trail. 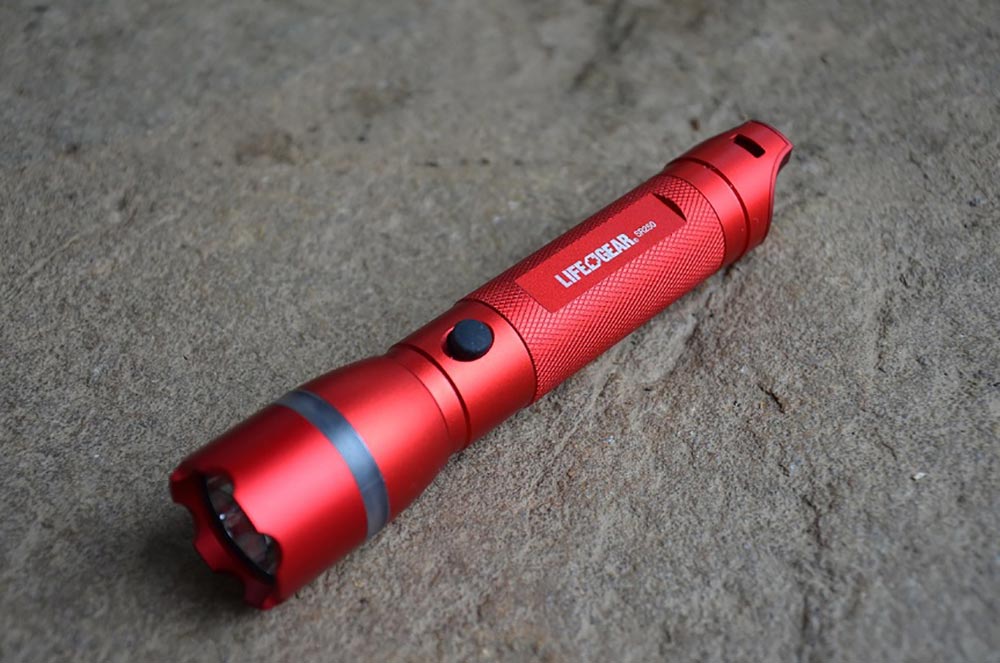 Getting Caught in the Dark

It might not be daytime when you find yourself lost.

Even with good flashlights and headlamps (and plenty of extra batteries), the darkness can leave you disoriented and unable to navigate. Favoring the long battery life, many outdoor lovers today use LED lights. These are great for close up work and reading, and they can provide light for dozens of hours, but they don’t reach out into the dark like other types of lights. But even with the piercing beam of a tactical flashlight, it can still be hard to pick out the features of a trail or spot landmarks. The best thing you can do after dark is to stay put. Rather than wasting energy wandering around, build a shelter and a fire. If you told someone responsible where you were going and when you should return, they can call the authorities when you are overdue and you may even get rescued that first night.

SAR Fact: The length of the average search for a lost hiker or hunter is 10 hours, with the majority of search subjects being found alive. 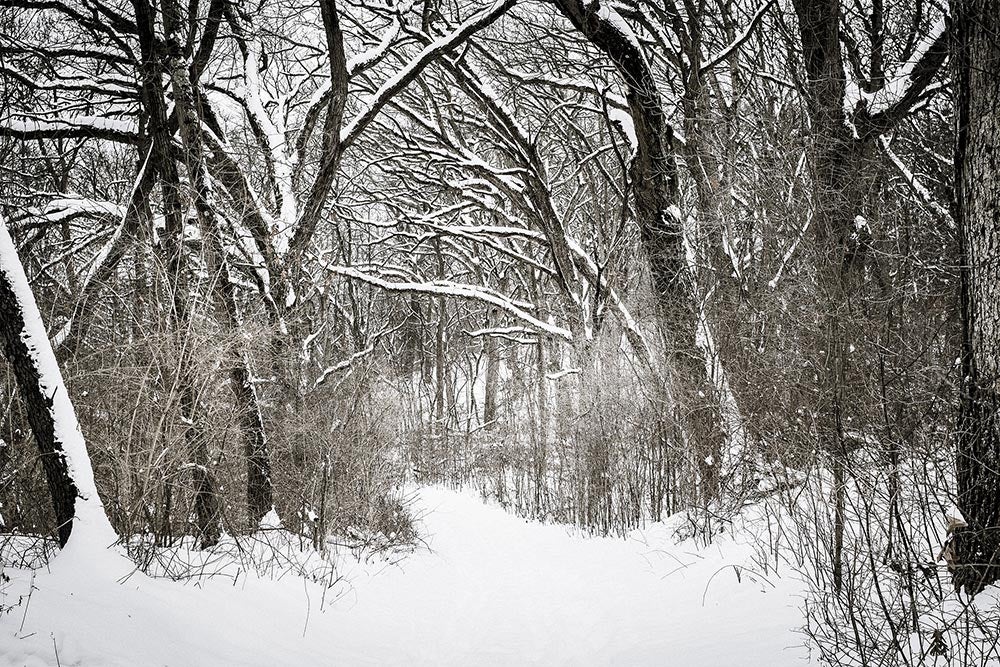 A Turn in the Weather

Inclement weather can strike at any time.

It’s called a “forecast,” not a “guarantee.” The day’s weather prediction may be stellar – but then you get out into the backcountry, miles away from your vehicle, and the weather takes an unexpected turn. Fog, snow, rain and other weather events can limit your visibility. Worse still, it can erase trails and hide trail markers. Check the local weather forecast before you head out into the wilderness, and keep your own watch on the horizon—just in case the weather forecast was way off.

SAR Fact: For every 100,000 visitors to national parks, only one person needs the help of a search and rescue team.

Read Next: 26 Survival Myths That Can Get You Killed 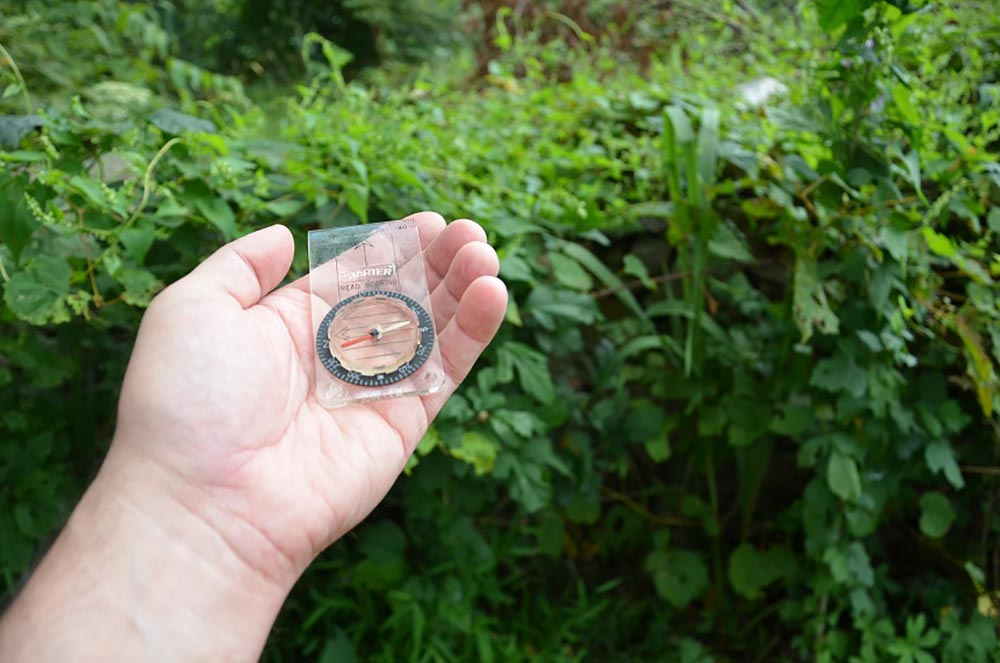 Even if you think you can navigate your way through a shortcut, think twice before taking it.

Fans of J.R.R. Tolkien may remember Frodo’s wisdom that “short cuts make long delays,” but before the quote was written into The Fellowship of the Ring, it was an old Swedish proverb. For ages, “genvägar är senvägar” has meant that trying to take a shortcut often costs you time, rather than saving it. There’s usually a reason why trails and roads go the way that they do, even with all their seemingly senseless twists, turns and switchbacks. These trails are likely avoiding difficult terrain. And when people try to find a shortcut off the trail, their bushwhacking often places them in an area where it’s easy to get lost. Stick to the designated trails, and you’ll likely get there faster—and avoid getting lost. 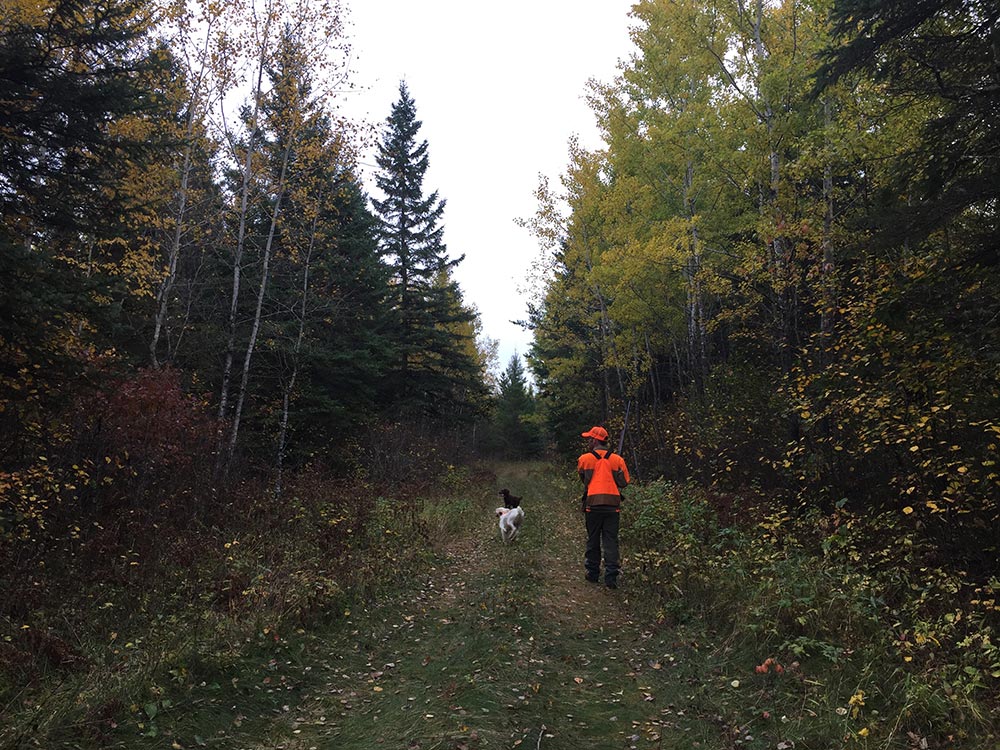 It’s inadvisable to wander off alone—make use of the buddy system.

There’s definitely strength in numbers. We all seem to know this instinctively. Yet, for a wide range of reasons, people will leave their hiking, camping or hunting group and become lost. Especially when traveling, the group has more eyes and minds to keep track of the bearing, trails and terrain. So don’t even think about venturing away from your group. This could be a life or death decision. Stick together, even when someone irritates you or tries to pick a fight. You’re more vulnerable alone and more likely to get lost.

SAR Fact: Most (93%) subjects of searches are found within 24 hours.