A lightening lucky duck, a new spinning wing duck and a concept shotgun from Benelli. 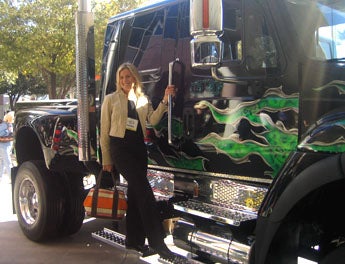 Xray Targets
At the Federal/ATK booth I stumbled upon one of the most realistic shooting targets on the market. The production line is known as Xray Targets. On display were the elk and coyote models, which are made to exact sizes. The physiological details are not only good to train the eye for accurate shooting, but also serves as a lesson in animal anatomy.

Benelli Concept Shotgun
The powerhouse gun maker Benelli debuted three concept guns at this year’s SHOT Show. Though they will likely never make it to market, it’s fun to see what designers would build if bottom-line costs weren’t in the way. This model is based on the Super Black Eagle II, except in place of the hard metals used on the action and barrel, Benelli had those features gold plated. I couldn’t get an exact price from anyone, but it would definitely top five figures.

MOJO’s Predator Line
The spinning wing duck is synonymous now with waterfowl success, so it seemed like a logical business move for MOJO to expand their line to include other motion decoys. At this SHOT Show the company debuted a Predator Hunting line. Pictured here is the MOJO Hawk. The idea behind the hawk as an attractor is that it reinforces the realism of the MOJO Critter. Predators will see the hawk “swooping in” on the wounded animal and be inclined to challenge it for the meal.

Lightening Lucky Duck
Having motion in your decoy spread is the trend this year for waterfowl hunters, but this gizmo takes it a step further. The mechanism uses 40 LEDs on the wings that flash like a strobe light. The Lucky Duck looks more like an effect you would see at a dance club than in the marsh, but the company says the lights, which flash 4 times per second, perfectly simulate a duck’s flapping wings.