Murderers in the Wild

These six men committed some of the worst crimes imaginable and then used their wilderness skills to hide out in the badlands for long periods of time. Read their stories here. 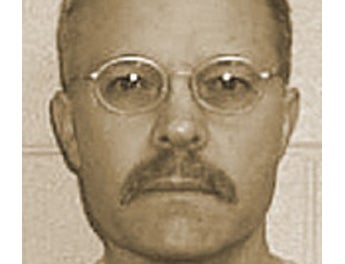 If the rugged lifestyle demanded by North America’s wilderness has shaped some of history’s most memorable characters, it has also attracted its share of criminals, loners and misfits. In their isolation, these people have found a ready environment in which to turn their most tormented thoughts into reprehensible acts. Here’s a short list of heinous “mountain men” who made headlines in the 20th century.

Crime: Standing 6 feet 4 inches tall and weighing 240 pounds, Turnow escaped from a sanitarium and took to the Washington wilderness in 1909. In 1911, he murdered his two nephews, who had come into the mountains searching for him.

Outcome: A little over a year later he was ambushed by deputies who stumbled upon his wilderness camp, which was guarded by an army of tethered frogs. Turnow was killed in the ensuing shootout.

**Crime: **In the winter of 1932, after killing one Royal Canadian Mounted Police constable and wounding another, Albert Johnson led the Mounties on a 45-day chase through the Arctic Circle wilderness.

Outcome: Enduring subzero temperatures with only the supplies he carried in his backpack, the Mad Trapper, wearing heavy homemade snowshoes, survived multiple gun battles with his pursuers. When he was killed in a final shootout, his emaciated body weighed “not much over 100-pounds” according to one constable at the scene.

Crime: A self-proclaimed prophet and Vietnam-era hippie, Oros was suspected of murder in the 1981 disappearance of a German trapper. Brought in for questioning but released due to lack of evidence, Oros took to the bush, where he lived alone, believing mysterious government agents were secretly hunting and trying to kill him.

Outcome: After Oros was implicated in the break-in of a cabin in 1985, a team of Royal Canadian Mountain Police was dispatched by helicopter to bring him in for questioning. Armed with two rifles, Oros ambushed the group and killed one constable before he was shot dead.

Crime: In May 1966, a Huntingdon County hermit known to locals as Bicycle Pete kidnapped 17-year-old Peggy Ann Bradnick on her way home from school.

Outcome: Holding his captive at gunpoint, Hollenbaugh led police and FBI agents through the mountains of central Pennsylvania for eight days-the longeset manhunt in the state’s history. One officer and a police dog were killed in the final shootout with the deranged loner, who was also killed. Bradnick survived unharmed, and a movie and even a song were made about her ordeal.

**Crime: **A prosperous American Indian trapper and businessman, Gunanoot was accused of murdering two men in 1906. **Outcome: **Gunanoot, along with his mother, father, wife, children and brother-in-law-also a suspect in the murders-escaped into the Canadian mountains, where the group eluded capture for 13 years. Gunanoot gave himself up in 1919, stood trial and was acquitted.

Crime: After a pair of Idaho game wardens walked into Dallas’s remote camp in 1981 to investigate allegations of illegal trapping, the self-styled mountain man gunned down both agents with a .357. He then retrievedd a .22-caliber rifle and finished them off with execution-style shots to the head.

Outcome: Dallas dumped the bodies and went on the lam for more than 15 months before being apprehended, sent to trial and convicted of manslaughter. He escaped prison in 1986, but was soon recaptured. In 2005, after serving 22 years of his 30-year sentence, Dallas was released on parole.