Death of a Warden 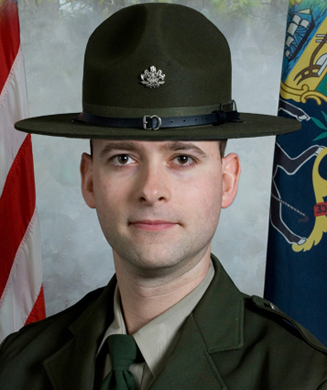 On Nov. 11 Pennsylvania Wildlife Conservation Officer David Grove was patrolling an area of Adams County outside of Gettysburg trying to catch poachers in the act of spotlighting deer. It was a calm, clear night, just weeks before the Pennsylvania gun season opener and rut-crazed bucks were chasing does. The conditions were perfect for poachers driving down country roads with a spotlight and a rifle.

Grove’s job was one of the most dangerous that a conservation officer can be asked to do.

It required him to work remote territory without a partner and under the cover of darkness. His suspects were almost always armed, sometimes with high-caliber rifles, and while most poachers don’t shoot at game wardens, it was impossible to tell how any suspect would react.

But Grove knew this kind of work well; in every year since he joined the game commission as a deputy in 2001 he had been involved in the pursuit of a suspect. Since his college days at Penn State, he had dreamed of becoming a game warden and busting poachers.

“He was very serious about his job and fearless when it came to going after the bad guys,” says Darren David a wildlife conservation officer who worked Adams County with Grove.

Photo by: Bill Schwartz of the Gettysburg Times

The exact details of what happened next are foggy, but according to an official transcript, Johnson got out of his vehicle and backed toward Grove as instructed. But Johnson had a handgun in his waistband illegally — he was a convicted felon and was not supposed to be in possession of the gun.

Grove was in the process of handcuffing Johnson and had one cuff already clasped around his wrist when Johnson broke free and drew his gun.

“I’d been to jail, and I decided I didn’t want to go back,” Johnson later said according to an official transcript.

They engaged in a “ferocious exchange of gunfire” with Johnson shooting his .45-caliber handgun at least 15 times at close range and Grove firing back with his .357 Glock at least 10 times.

Johnson was hit in the hip and Grove was hit three times in his lower body and once in the neck. According to authorities, in order for Johnson to have fired 15 times, he must have reloaded his gun at least once.

Grove went down and Johnson and Laumann got back into their vehicle and sped off. Backup arrived in less than 15 minutes of the officer down call, but by the time the ambulance arrived, Grove had no vital signs. He was pronounced dead shortly thereafter. He was 31 years old.

A Manhunt Begins
Once news about the shooting hit the airwaves, about 20 conservation officers from all over the region swarmed the area.

“Officers came from two hours away just to be there, not knowing what they were going to do once they got there,” says Darren David.

David helped organize a manhunt that very night with the other conservation officers and state police to find Johnson. They searched until dawn and David almost had an opportunity to catch Johnson that night. David and a few other officers were searching the expansive Michaux State Forest when they crossed a broken gate at about 5 a.m. They followed the dirt road for a ways, but eventually turned around when they found no sign of Johnson.

But Johnson managed to elude authorities through the night until he was caught the next morning at a hunting camp just a few miles from the shooting. He was limping from a gun shot wound to the hip and was taken to the hospital and arrested without incident.

According to the Gettysburg Times, on the way to the hospital, Johnson told his side of the story to a police officer: “(Grove) cuffed my right hand and I reached with the left hand for the pistol. He saw it or had a bad feeling and told me not to do it. He opened fire and I fired a few shots. He shot first. I don’t know if that was the one that hit me or not. I broke the handcuff and Ryan ran around and got in the passenger side and we left.” 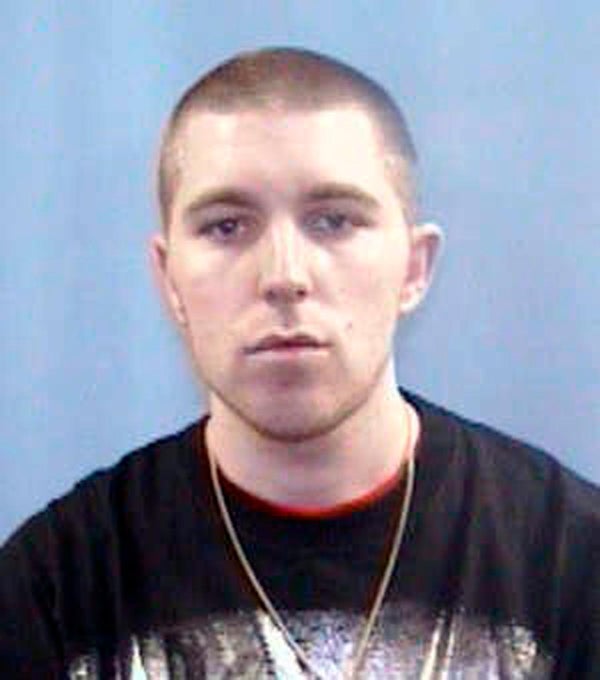 The Charges
Johnson, 27, has been charged with the criminal homicide of David Grove along with the following charges:
* persons not to possess firearms
* flight to avoid apprehension
* firearms not to be carried without license
* possessing instruments of crime
* resisting or interfering with an officer
* unlawful use of lights while hunting
* unlawful killing or taking of big game

According to the Record Herald, Johnson’s criminal history includes burglary, endangering the welfare of children and fleeing and eluding police charges.

He is being held without bail and Adams County District Attorney, Shawn Wagner, says he will seek the death penalty for Johnson.

In Johnson’s first court appearance it was suggested that Grove was shot for the fourth time when he was unarmed and taking cover behind his SUV. Wagner says that the final shot occurred about 12 feet behind Grove’s SUV while Grove’s gun was found by the front of the vehicle.

Johnson’s next court appearance is scheduled for Dec. 23 and he is expected to plead not guilty.

Laumann has not been charged because he helped police locate Johnson.

A Warden’s Job
Grove was the first wildlife conservation officer to be shot and killed in the line of duty in Pennsylvania in 95 years, but as society as a whole grows more violent, some predict the game warden’s job will only get more dangerous.

“It’s a lot more violent out there than it use to be and it will happen again,” Klugh says. “A lot of us understand that is the reality of the job.”

Since 1980, at least 70 conservation officers from around the country have died in the line of duty, and at least 12 were from accidental or intentional killings.

This summer a park ranger in Utah was shot three times while on patrol. The ranger, Brody Young, survived the shooting but is still recovering. In 2007 a Texas conservation officer was shot and killed while chasing down an alleged poacher and an officer in Alabama was killed in 2002 while assisting with a drug bust.

“We contact a higher number of armed individuals than any government entity other than the military,” says Robert Criswell, a regional director for the game commission.

Often times, the general public is not aware of the dangers that come with being a conservation officer.

“Throughout the year people regularly ask us why we carry guns or wear bulletproof vests,” CO David says. “It’s frustrating … the public does not know us the way they should.”

But Grove definitely understood the dangers. He had gone through rigorous training, always worked by the book and had been put in dangerous situations before.

In a strange twist of fate, a piece Grove wrote for the Pennsylvania Game Commission titled “A Shot in the Dark” was published just before his death. In the piece Grove wrote about the dangers of a night patrol and how he had handled an incident last year with a fleeing poacher: “As the small sports car stopped in front of me, I exited my truck and cautiously approached the driver. He had his window down and I immediately saw a spotlight and rifle between his seat and his passenger. I told them to hand out the spotlight and gun to me. The driver’s first words were, ‘we didn’t shoot.’ I again asked for the gun and spotlight and the driver just looked at me with a blank stare and then put the car into reverse.”

“[Grove] was aware of the dangers … he wasn’t just be-bopping up to the vehicle that night,” David says.

Remembering Grove
David Grove was an avid outdoorsman and a diehard Pittsburg Steelers and Penguins fan. When he wasn’t golfing or working, he was spending his time outdoors hunting and fishing. His friends remember him as a genuinely nice guy with a deep sense of humor and unbridled enthusiasm for his job.

“He stood out. He lit up the room and you could see that in his work,” says Justin Klugh. “It’s another cliche: bad things happen to good people, but you’d be hard-pressed to find a worse thing to happen to a better guy.”

While Grove was well-known among his colleagues for busting poachers, he was also well-liked by sportsmen.

“One of the [hunting] clubs has a portrait of Dave in their clubhouse … that just goes to show you how much he was liked,” regional director Criswell says.

Grove’s funeral was a testament to the type of person he was and his hard work as a conservation officer. Thousands of people showed up for the ceremony including friends, family, Gov. Ed Rendell and conservation officers from both Pennsylvania and out of state.

For more about David Grove go to:
Man accused of killing WCO plans not guilty plea
Thousands pay respects to officer
Lessons in loss of a wildlife officer