The Dangers of Deer Cloning

A pair of Texans recently announced that they had successfully cloned a whitetail deer. It seems they have been cloning... 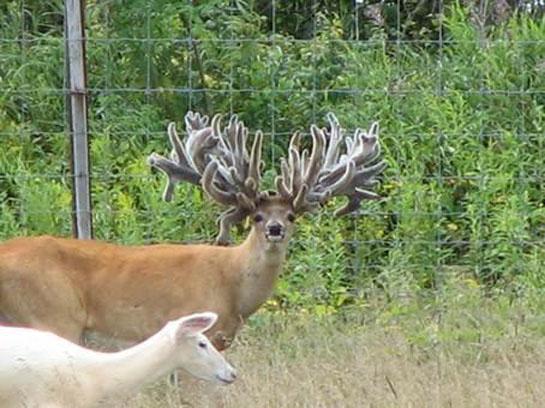 A pair of Texans recently announced that they had successfully cloned a whitetail deer. It seems they have been cloning horses for the past few years (much to the dismay The American Quarter Horse Association who refused to register them) and are now expanding into captive deer. Deer cloning is not new news, Texas A&M University cloned their first whitetail back in 2003 and numerous clones are now in existence. What’s news here is, deer breeders are beginning to realize that they have another tool to use in their obsessive pursuit of massive antlers and they are beginning to show plenty of interest. Oversized antlers mean mega-bucks for deer breeders and it appears that they will stop at nothing, including cloning.

Ever since the advent of Dolly the sheep 16 years ago the scientific community has been experimenting with species reproduction through cloning. To be fair, most of the work has been done by well-meaning scientists in the interest of the advancement of knowledge and there is growing interest in cloning endangered species to save them from extinction. But, there is nothing even remotely related to extinction when it comes to whitetail deer. When it comes to cloning whitetails, it is all about big bucks–dollars that is.

It’s no secret that some antler-crazed wannabe hunters (shooters) will pay almost anything to hang a huge set of antlers on their wall. And the deer breeding community is all about giving them what they want. The genie is out of the bottle, and the deer breeders are beginning to look at cloning as another way of producing mega-bucks for the wannabe’s. In fact, some believe whitetail clones (or at least their progeny) have already been sold to gunning operations.

Breeders have been manipulating whitetail genetics for years. They inbreed, strains of animals carrying massive animal genes with little regard to anything but antler size. Earlier this year a deer breeder was reported to have exceeded the 500-inch antler mark. Ever see 500 inches of antlers on a whitetail’s head? It ain’t pretty, but neither was Frankenstein. The only thing pretty about a 500-inch whitetail is the price paid for a straw of his semen or one of his offspring.

Now, that 500-inch Franken-buck can be cloned and his Franken-genes spread throughout the deer farming community. I have blogged about the evils of genetic manipulation numerous times in the Big Buck Zone, but deer breeding is a large and growing industry and captive deer continue to suffer at the hands of deer breeders intent on growing bigger and bigger bucks. It’s all perfectly legal and proponents of captive deer breeding are quick to point out the positive economic impact of the captive deer breeding industry. In this day and age of free enterprise first and Mother Nature second, defending whitetail’s right to reproduce freely and naturally is becoming a pretty hard sell.

Hunters leap to the defense of whitetail breeding and shooting operations by proclaiming, “criticizing deer breeders and shooting preserves is just pitting hunters against hunters” and “who am I to tell someone else what and how they can hunt.” These guys need to stop confusing legitimate high-fence hunting operations (with plenty of wide open space and plenty of fair-chase hunting) with “drop-and-pop operations” that drop a deer out of a truck in the morning and shoot him in the afternoon. They also need to understand that there is a difference between genetic manipulators who will stop at nothing to get big antlers and legitimate deer breeders intent on producing magnificent animals under natural conditions. We all need to be constantly be thinking about the future of deer hunting and our 200-year old hunting heritage. The future matters and so does the past.

The Quality Deer Management Association (QDMA) has been advocating on behalf of whitetail deer and deer hunting for the past 25 years. They are opposed to artificial manipulation of deer genetics and shooting whitetails in confined spaces. The Pope and Young Club and Boone and Crockett club feel likewise.

“This is a dangerous precedent and another step toward removing the magic and mystery of wild deer,” says QDMA CEO Brian Murphy. “Just because we can manufacture exceptionally large and perfectly-shaped cubic zirconiums, they are not and will never be as valuable as a diamond. Rarity and uncertainty are the very foundation of North America’s rich deer hunting tradition. Cloning whitetails should be restricted to research purposes only and never allowed within the confines of deer hunting.”

The next time you hear someone bragging about the monster buck they shot in someone’s backyard pen ask them how much they paid for that man-made deer. And while you are on the topic of fake, ask him if how much he gave for that cubic zirc his wife has been flashing around town. Then duck.