Sunstein on Hunting and Animal Rights

In the Gun Shots blog, John Haughey, and by proxy, Alan Clemons, does a great job outlining the danger Cass... 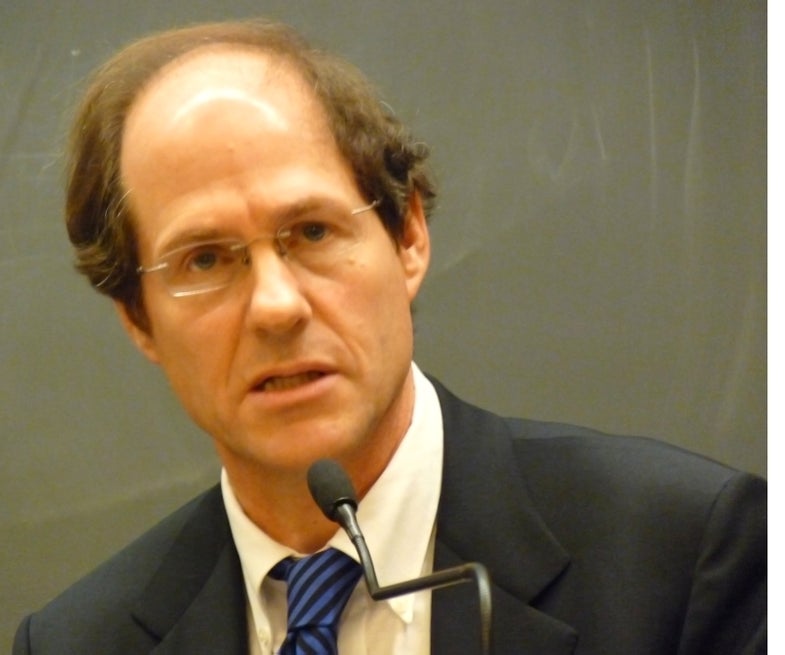 In the Gun Shots blog, John Haughey, and by proxy, Alan Clemons, does a great job outlining the danger Cass Sunstein, Obama’s pick to head the Office of Information and Regulatory Affairs (for which he might be confirmed as early as today), poses to hunting and how/why hunting and firearm organizations oppose his nomination.

I thought I’d take it a step farther and provide you with the source material, straight from the horse’s mouth, and some of the highlights from his University of Chicago White Paper (along with some of my own comments), entitled “The Rights of Animals: A Very Short Primer”.

We can build on existing law to define a simple, minimal position in favor of animal rights: The law should prevent acts of cruelty to animals.

My 2 cents: This is what makes “smart” AR folks so dangerous. Unlike the “dumb” ones (PETA), the “smart” ones (think: HSUS) work the system and establish society’s first step on a slippery slope. Pass one law or use ambiguous language in a bill upon which to build a future case for your position.

If the suffering of animals matters–and every reasonable person seems to think that it does–we should be greatly troubled by these limitations. The least controversial response would be to narrow the “enforcement gap,” by allowing private suits to be brought in cases of cruelty and neglect. Reforms might be adopted with the limited purpose of stopping conduct that is already against the law, so that the law actually means, in practice, what it says on paper. Here, then, we can find a slightly less minimal understanding of animal rights. On this view, representatives of animals should be able to bring private suits to ensure that anticruelty and related laws are actually enforced.

My 2 cents: So now you build the law upon the minimal position to “prevent cruelty to animals” and jump to allowing animals to bring personal lawsuits. 1. The ambiguousness of “cruelty” opens the door to all manner of regulation; what’s pampering to one person is cruelty to another 2. In theory it’s absurd, in practice it’s been abused and has made a mockery of the Endangered Species List. “Representatives” can and do already bring suit on behalf of animals (see Andrew McKean’s blog on wolf hunting and note the list of plaintiffs).

The very idea might seem absurd. But it is simpler and more conventional than it appears. Of course any animals would be represented by human beings, just like any other litigant who lacks ordinary (human) competence; for example, the interests of children are protected by prosecutors, and also by trustees and guardians in private litigation brought on children’s behalf.

My 2 cents: Might seem absurd? It is absurd. And dangerous. Power is being given to a radical group of people upon which judicial law will be written and common sense eroded. Comparing animals to children is also a favored tactic of AR people. I like Carl Cohen’s rebuttal to this approach when he writes that the test for moral judgment “is not a test to be administered to humans one by one,”but should be applied to the capacity of members of the species in general.”

We might ban hunting altogether, at least if its sole purpose is human recreation. (Should animals be hunted and killed simply because people enjoy hunting and killing them? The issue might be different if hunting and killing could be justified as having important functions, such as control of populations or protection of human beings against animal violence.)

My 2 cents:And there it is. Although posed as a hypothetical (“we might”), taken in context with his other statements and writings, it’s obvious Sunstein is anti-hunting. To his second point, hunting _is_used to control game populations and protect human beings; take a look at the number of cougar attacks in California since lion hunting was banned for proof. Additionally, his use of the word “justified” is scary in that it suggests some type of judicial sanctioning and approval/proof of populations needing control and/or human protection; upon which hunters would run into judicial precedent written in favor of animal rights/protection. Of course, targeted game species would be represented in court by humans and the whole mess is tangled in the judicial system (per the wolf debate, et al), becoming costly, time consuming and ultimately unsustainable for hunters.

In his conclusion, Sunstein makes this statement:

There is no good reason to give public officials a monopoly on enforcement; that monopoly is a recipe for continued illegality.

My 2 cents: Sunstein is advocating that the government and our legal system is ill-equipped and unable to handle the enforcement of current laws and therefore private citizens should be able to file suit on behalf animals in order to keep them safe from harm. At this point I’m going to take the AR approach: put this in terms of humans. When George W. Bush brought about the Patriot Act after 9/11, one section of it caused an outcry and was removed (and rightly, so, in my opinion). That section charged and gave individuals certain powers of state and would promote spying upon neighbors/clients, promoted false allegations and a whole string of other complications. Now, Sunstein believes we should give similar powers to the public, and by proxy aggressive, radical groups, in the interest of animal rights? That’s not just a recipe for the end of hunting, but a quagmire for society in general.