Without question, a snowy white deer sticks out in the wild like a sore thumb. When you think about it,... 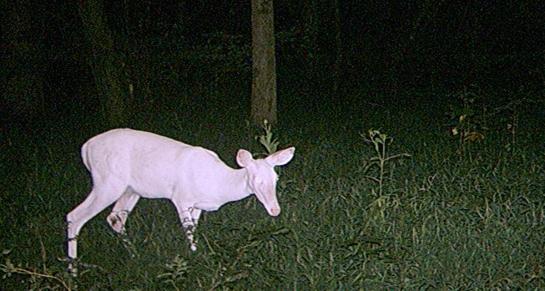 Without question, a snowy white deer sticks out in the wild like a sore thumb. When you think about it, the fact that some albino whitetails are able to make it to adulthood is quite an amazing feat. Nature on its own will usually take such rare specimens out of the herd long before they reach maturity.

This is exactly why hunters don’t typically see very many solid white deer, turkeys or squirrels under normal conditions. A high mortality rate among albino animal species is simply nature’s way of maintaining a strong and healthy balance. However, some states have issued strict restrictions that prevent hunters from harvesting albino deer, which is always a source of debate between hunters, game biologists, lawmakers and other wildlife enthusiasts.

On one side of the argument, some hunters and wildlife biologists feel that such restrictions are not very logical or practical. In fact, they say protecting albino whitetails actually weakens the overall health of the deer herd. These harvest restrictions fight nature’s balance by allowing inferior genes and traits to be passed on to future generations. For the most part, opponents basically believe that human emotions, personal taste and individual preferences have no place in nature or wildlife management.

Consequently, many supporters of these state-mandated harvest restrictions believe that special and unique deer should be protected. The belief that white deer should be left alone by hunters is by no means a new concept. In fact, many Native American cultures have always felt that albino animals are sacred and hold special powers. Many today still feel that solid white deer and other albino animals serve as an omen and bad luck will fall upon those who harm these unique creatures. Others simply like looking at the sheer beauty of albino deer. These groups often pressure politicians and state wildlife agencies to enact laws and regulations.

As a result, there are currently several states that strictly enforce these laws and hunters are not permitted to tag albino deer. Within some of these protected areas, there are even small pockets that hold solid numbers of white deer. At the same time, many other states and wildlife agencies encourage hunters to legally harvest albino deer in order to strengthen the health of the herd. What are your thoughts on the subject?