It won’t save a single cub, sow or boar, but last week the status changed for the 600-and-some grizzly bears... 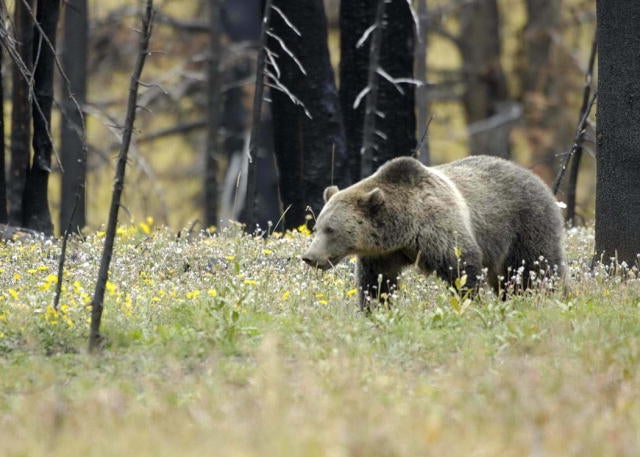 It won’t save a single cub, sow or boar, but last week the status changed for the 600-and-some grizzly bears that roam in and around Yellowstone National Park.

The Yellowstone population of grizzlies was reclassified as “endangered” and if it won’t make a lick of difference to the bears, the designation could affect how and where you hunt in one of the most wildlife-rich regions of America.

Management of Yellowstone’s iconic bears has had fits and starts ever since park managers threw them out of the garbage dumps a generation ago. Though their population has increased three-fold over the past 20 years, there’s still much to be done to help grizzlies reoccupy their historic range in Wyoming, Idaho and Montana. But simply changing their legal designation is a feel-good gesture that may have plenty of consequences–intended and unintended–for hunters and public-land recreationists.

The real story about the legal designation of Yellowstone’s grizzlies has little to do with the bears themselves and everything to do with political grandstanding.

That was the case back in March 2007, when the Bush administration declared the population recovered and removed them from Endangered Species Act protection. The fact is that they weren’t ready to be managed by the states as just another wildlife species. As much as many of us want the chance to hunt grizzlies in the Lower 48, Yellowstone’s population is too vulnerable to begin hunting anytime soon.

But last week’s ruling by a federal judge in Montana that restored Endangered Species Act protection for grizzlies was another political stunt that won’t do anything to decrease the number of grizzlies that are killed every year.

The judge sided with environmental groups who argue–probably correctly–that Yellowstone’s grizzlies will remain vulnerable as long as the white-bark pine is in trouble. Now, here’s where the case gets weird, so bear with me.

The pine tree is a high-elevation grocery store for grizzlies and other wildlife. It produces high-protein nuts that fatten pre-hibernation grizzlies. As long as the up-country food is available, grizzlies stay in the high country, away from the fatal attractions of foothills civilization. But the pine has been decimated by beetles and forest fires–both intensified by global warming, say some scientists–and lately bears have been roaming in search of food. Those forays often result in encounters with humans’ cars, cattle, cat food and cow calls, and the encounters rarely turn out well for the bears.

Environmentalists who cheered the judge’s decision were clear: It was a victory in the war on global warming–one of the first times the ESA has addressed climate change. The recovery of grizzlies was added as an afterthought. More political grandstanding.

Grizzlies don’t have an easy time reproducing even in the best of times. They reach sexual maturity late in life and they don’t have cubs every year. So every bear that dies from unnatural causes is a real drag on population increases.

And Yellowstone’s grizzlies find plenty of ways do die unnaturally. So far this year at least 20 grizzlies have died, and 18 of them were human-caused mortalities. Some were hit on highways, others were euthanized by game wardens after they killed livestock or became conditioned to human food. Others were killed by hikers and hunters recreating in bear country.

Those statistics are important, because you can bet that now that Yellowstone’s grizzlies are back under federal protection, environmentalists will argue that hunters are the real bottleneck to recovery. There will be proposals to end black bear hunting seasons around the national park. There will be limits on early-season elk hunting when grizzlies are foraging for hibernation. There will be widespread travel restrictions in bear country.

And that’s where I have trouble with the new endangered designation. I can accept that global warming has an impact on bear habitat. I can also understand that roads and subdivisions can negatively affect bear recovery.

So bear managers should find ways to slow declines of white-bark pine. They should slow traffic through bear-crossing zones. They should do a better job of educating foothills dwellers about the importance of storing garbage. Maybe they should even limit visitation to Yellowstone National Park.

But realistically, how many of those bear-saving measures will be implemented? Precious few; the bottlenecks are just too immense, and the political opposition too fierce. So instead, you can expect to hear claims that hunters are the biggest threat to grizzly bear recovery. We are low-hanging fruit for environmentalists who want to show that they’re serious about reducing grizzly mortalities. And who want another stage to grandstand on.

Get tough on hunters. But don’t use the new Endangered Species Act designation as a tool to lock us out of grizzly country.