Gayne talks with the famous and not so famous from the outdoor world. It’s ten minutes of their life they’ll... 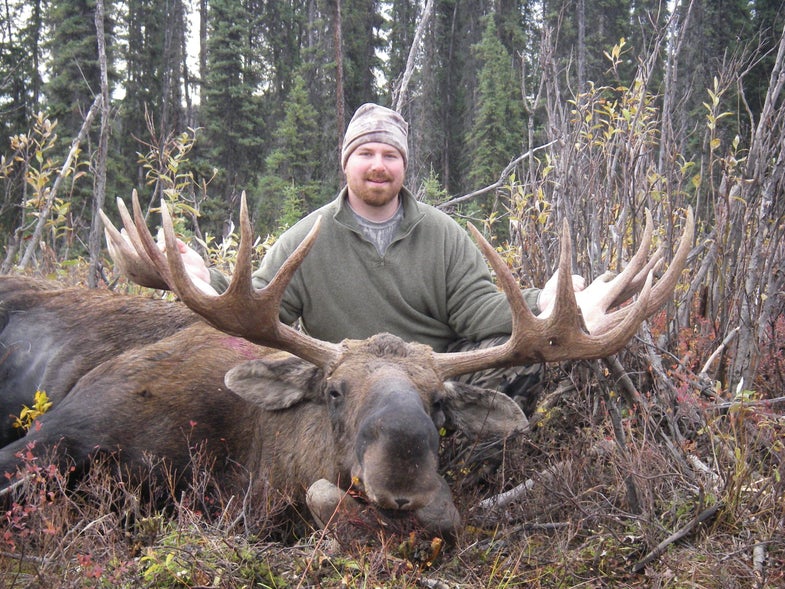 Gayne talks with the famous and not so famous from the outdoor world. It’s ten minutes of their life they’ll never get back.

T.J. Shimunek
T.J. Shimunek is the owner of Gammy Creek Productions, a company specializing in outdoor design and video. He is also co-owner of and frequent camera man for Big Bore Productions.

What’s the best shot (video wise) you ever missed?
The first animal I ever got on film was a turkey. My friend was filming me, I called it in and smoked it. I was so excited I ran home and watched it on the tv. I then forgot to re queue the tape. I filmed some cutaways later that day and taped over the kill shot. Rookie mistake, hasn’t happened again.

You’ve travelled all over the world; give us some tips on traveling better.
Look really mad when you get on the plane, most times it will keep people from talking to you. It will save you hours of stories about grandchildren and other topics people feel the need to tell you about while you are trapped next to them on the plane.

You live in BigFork MT, home of the Spam- Spamorama. Give us a quick rundown on that festival.
It is basically a reason for people with cabin fever to get out and do something. Like most things in Montana during the winter months it revolves around drinking. Basically you get issued a can of Spam and you have to carve something out of it. This year the winner was a Spamolantern. My 3 year old daughter tried a cube of Spam on a tooth pick that was dipped in chocolate. She loved it, I almost got sick just watching her eat it.

You’ve filmed countless people for both the outdoor and non-outdoor market. Do you have any blackmail footage you can tell us about?
Oh boy, where to begin. I have a vault berried thirty feet below my house that has the blackmail footage. I will only use it in extreme circumstances. I think I have some footage of some goofy writer in Mexico passed out on his bed…. Do you know anything about that Gayne?

You used to play college football for Central Michigan and although I’ve asked you about that experience many times before, you always end up telling me stories about the showers. Real creepy things about the showers. Stories that make me real uncomfortable. Where was I going with this? Oh, I know – tell us about the biggest hit you ever gave or took.
I think you are remembering wrong. You were telling me about the showers you used to take with your scout master when you were young and how I was trying to convince you that it was wrong, but you were dead set that it was all innocent fun.

Back to your question. Hardest hit ever was at Syracuse. I ran into Keith Bulluck who now plays for the Tennessee Titans. It hurt!

Although you’re generally behind the camera out on the field you occasionally get to hunt and fish. What’s been your favorite trip?
I shot a 60 inch moose a couple of falls ago in Alaska with a friend of mine, that hunt was one of the most exciting. My favorite though was when I first started my business I was hunting Colorado for elk with my dad. I got a big bull with my bow. It was very cool. Now that my dad is gone it is even more special.

In addition to filming, you also edit and produce. Detail two things we’ll never see in a film by TJ.
A Peta commercial, and me eating chocolate covered Spam.