The eternal question for hunters who find themselves in bear country 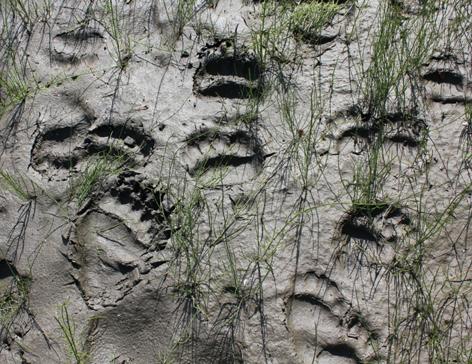 If you want to get an earful of opinions here in Alaska, just ask people about their favorite bear backup gun. You’re likely to get anything from a .50 BMG to a buddy who runs slower than you. Alaska is a place full of big bears and tall tales, but the right backup gun can save your life. The best calibers for big bears are obviously large caliber rifles, but it’s not always convenient to carry around a crew-served artillery piece.

I’ll soon be headed down to the Alaska Peninsula to hunt brown bears with my recurve bow. Needless to say, it would be foolish to make a go of it without having some type of backup firearm. So what do I take?

Bear-killing ballistics is an inexact science at best, but I’ve decided to go with a hot-loaded .357 magnum. This might be a surprise, as many people would believe that a bear starts slobbering if he sees you armed with anything less than a .44 magnum, but hear me out…  First off, no handgun cartridge has the power to stop a determined brown bear with anything but a perfect shot. Heck, I have seen a 200-pound black bear shot square in the chest at 10 paces with a 7mm magnum and it didn’t even turn over! It ran 40 yards before piling up. A poorly shot brownie can soak up lead from big bore rifles like a sponge. Even the .500 handgun cartridge has only slightly more kinetic energy than a .30-30 class rifle cartridge. Not having the high energy shock of rifles, handgun bullets are essentially just drilling holes.

Obviously, the bigger the bullet, the bigger the damage, but the point is that any handgun is basically just a little better than nothing when it comes to stopping brown bears.

That being said, a handgun is certainly better than no gun, and in my opinion, the best backup handgun is the one you can shoot well. Not only do you need to be able to shoot it well, but fast and under pressure. I have had several large revolvers, and my problems with them are: 1) I cannot shoot them accurately and quickly; 2) ammunition is expensive and the guns are flat out hard to shoot often.   I’ve shot action pistol for a few years, and it has taught me the value of putting hundreds of rounds through your gun. I would be more effective with a 9mm that I shoot all the time than a .454 that I shoot once or twice a year. A .357 is a good balance. It is a fairly hot round with good penetration, but is forgiving enough that I can easily go through 100 rounds without having to ice my wrist. I can also fire it reasonably fast and accurately on double action.

You could make a strong argument against this pick, but that’s what I’m comfortable with, and that’s as important as anything. When the best you will be able to do with any handgun is change a bear’s mind, you might as well shoot a gun that can get the most lead on fur in the shortest amount of time.