All I can say about the spring bear season here around Fairbanks is that it has been an odd one... 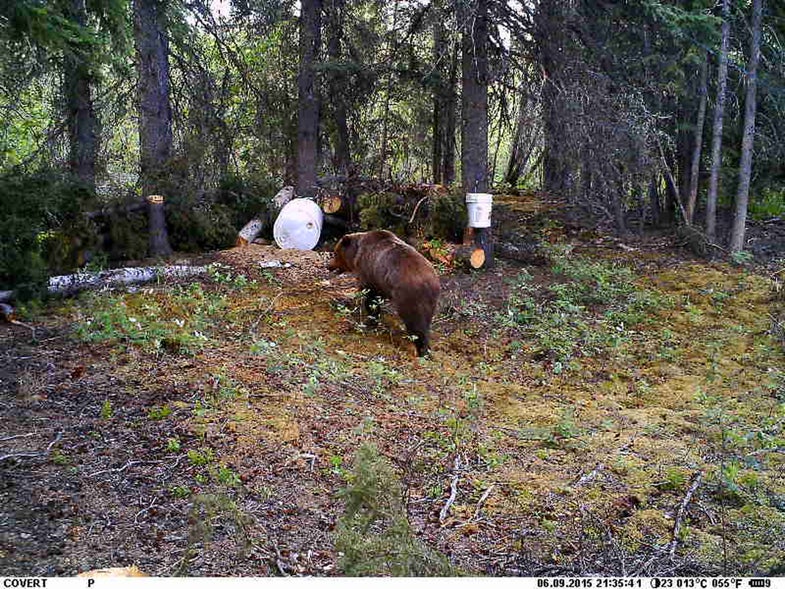 All I can say about the spring bear season here around Fairbanks is that it has been an odd one so far. In many areas that are normally loaded with black bears (including where I hunt), there has been very little activity. No one really knows why, the bears just aren’t there this year. The grizzly bears however, have started moving, and my buddy Nick and I had our first close encounter the other night.

The trail camera on one of our new bait site showed a pair of adult grizzlies that spent nearly the whole previous night feeding, and the boar looked to be a really nice bear. We decided to sit it, and settled into our brush ground blind at around 8:30 pm. We had decided I would have first shot, so Nick ran backup with the rifle. It was very windy, which is a no-go for black bears, but the wind direction was good, so we decided to try it anyway.

After only sitting an hour, we could hear the bears crashing around in the brush back to the right. We got ready for some action, both confident that I would get a shot. Things got interesting as we heard the bears circle (still upwind of us) to the right and behind us. Nick motioned with his eyes that they were coming to the right side of the blind. I held ready to draw as the bear walked by the blind, about 5 feet from me. I saw immediately that the bear that trotted by was the sow, and waited for the boar to follow and offer an easy shot. That wasn’t to be however.

As we waited, the sow went towards the bait which was about 15 yards away, but the boar was goofing around about 10 yards behind us. As the sow got to the bait, she sat down, turned her head to look at the boar and saw us. If she were a black bear, she would have no doubt sat there and stared at us until she decided we weren’t a threat, but the grizzly bear is a very different animal. Within a fraction of a second of seeing us she was in full charge. 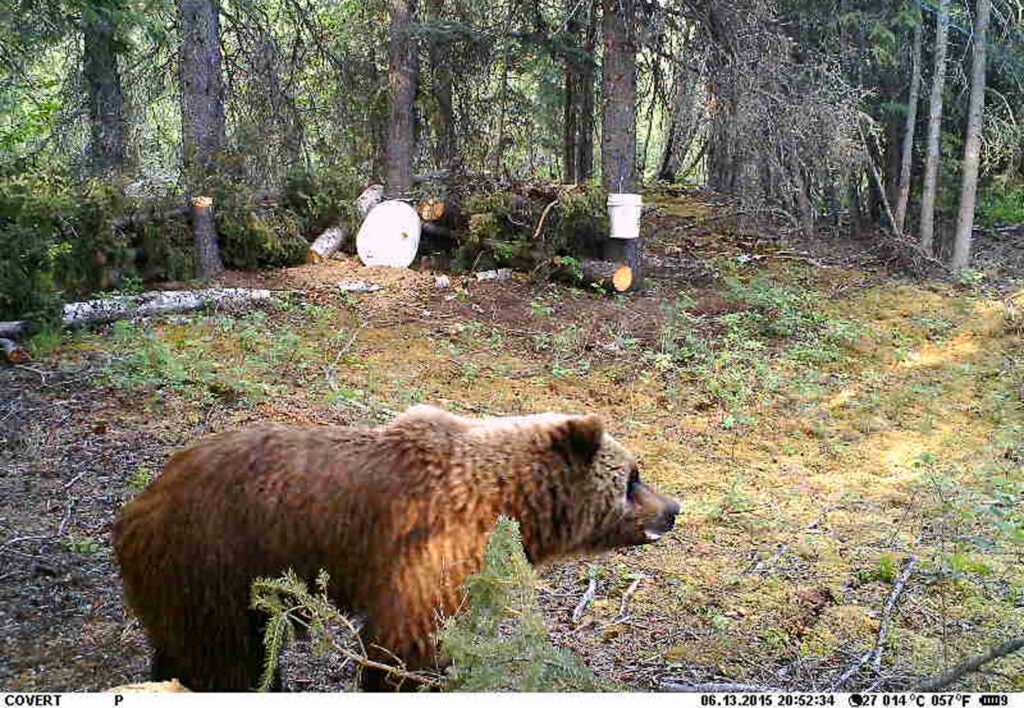 Fortunately for her, she broke the charge off, skidding to a stop 3 yards in front of us, and hauled out of there like her rear was on fire. Not knowing what had happened, the boar came hauling around to the left and stopped 4 yards to the left, looking at us. Unfortunately I didn’t have a shot, and Nick had the rifle and not his bow. It didn’t take long for that bear to take off either, and we were left sitting there with a blown opportunity. The entire encounter lasted no more than a few seconds, but seemed like a lot longer.

Different people react differently to those situations, but the first words out of Nick’s mouth were: “That was awesome!”

Knowing we were busted and they weren’t coming back, we left after about another 45 minutes. Although this is more anecdotal than anything, we were reminded just how different and more difficult grizzlies can be. They are more like a hot-head on crack cocaine than their docile cousins. With a few weeks of the best hunting time left, I’m sure we will get another opportunity; hopefully we can capitalize on it.