Paul Ryan on Record: The Vice-Presidential Candidate on Hunting, Conservation, and Fixed-Blades vs. Mechanicals

While under the national scrutiny that comes with a presidential campaign, Paul Ryan isn’t hiding the fact that he’s a... 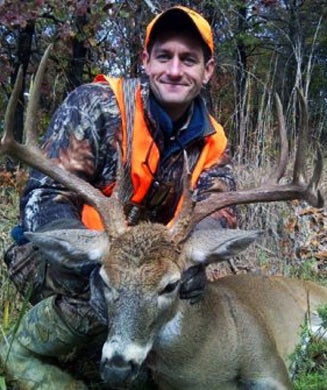 While under the national scrutiny that comes with a presidential campaign, Paul Ryan isn’t hiding the fact that he’s a hunter. The vice-presidential candidate is promoting it.

The former co-chair of the Congressional Sportsmen’s Caucus and avid bowhunter, stopped by the U.S. Sportsmen’s Alliance 16th Annual “Save Our Heritage” Rally in Columbus, Ohio last weekend to deliver the keynote speech. He told attendees: “Hunters are the original conservationists. Bureaucrats more and more these days think that public lands have to be protected from hunters. I myself see it the other way; I think hunters need to be protected from bureaucrats.”   Ryan has a strong track record of defending hunters’ rights, including lowering taxes on domestic arrow manufacturers and working to decrease the background check waiting period for firearm purchases at gun shows.

But, there’s a section in Ryan’s ‘Path to Prosperity’ budget plan that proposes selling federally owned lands to help balance the budget. This proposal has raised concerns among some public hunting land advocates.

Before delivering his remarks, Ryan sat down with Outdoor Life to talk about the role of government in wildlife conservation, the prospect of selling public lands, and the mechanical versus fixed-blade broadhead debate.

Outdoor Life: First of all, thanks for meeting with us. We appreciate the way you haven’t hidden your love for hunting and the outdoors.

Paul Ryan: Not in the least.

PR: I think it’s a very legitimate role of government. Just because we’re conservative, doesn’t mean we want no government. We want limited, effective government, and we want government to do its job well in the area it’s supposed to do its job, and this is clearly an area for government. As chairman of the sportsmen’s caucus for four years, I championed the efforts to protect hunting and fishing conservation rights. Programs like WRP and CRP are part of that.
**
OL:** We’re glad that you mention that, actually. How does federal funding for key programs like CRP and endangered species management fit with your plans for a smaller, leaner government?

PR: Well, I think we need the Endangered Species Act reformed to make sure that hunting rights and access are protected. I know the WRP [Wetlands Reserve Program] well. I’m a big duck hunter. I think it’s an important program. I think it’s got to be an important part of reauthorization, and we think that’s an important, critical part. The Clean Water Act has been helpful too, in making sure that wetlands are protected so that there’s more than a one-for-one replacement in some instances. That’s a good thing. We believe that wetland conservation is a critical part of conservation. Don’t forget that hunters are the best conservationists there are in America.

OL: In your ‘Path to Prosperity’ budget plan, you have several proposals to sell government property, from things like automobiles to buildings to federal land. Can you give me an example of some type of public land that may fall under that plan?

OL: What criteria, though, will you use?

PR: That would be something you have to work with Congress on. There have been lots of hearings that Congress has had on excess federal properties. The ones that we’ve looked at from budget savings were more buildings and assets like cars and things like this, a lot of vacant properties. That is really where a lot of our concern for budget savings has been. With respect to federal lands, that would take a lot more research to give you a good answer.

OL: So that’s not really a main part of that, though?

PR: That part, we thought the savings was buildings.

OL: In 2011, Americans spent $145 billion on wildlife recreation. Isn’t that a good argument for investing in wildlife habitat as a job creator and engine of economic development?

PR: Well, look, I’ve always believed in the Pittman-Robertson program. I like the fee-financed system. I think it works very well. We use our ammo and our fishing tackle; the fees we pay go to wildlife conservation. I think that’s a very good program. We’ve got to make sure that the integrity of the program is for conservation and not for other things.

OL: The biggest impediment for a lot of hunters to participate in hunting and fishing is just a place to do it. How would you promote public access?

PR: We believe in public access. Taxpayers pay for this. So we very much believe in public access. In many ways, the frustrating issue about this is bureaucrats look for ways they think hunters are in the way. I would look at it a little differently – I think bureaucrats are in the way. I believe very much in access. We believe we need to open up public lands for access for hunting.

OL: Have any of President Obama’s policies positively or negatively impacted hunters and anglers?

PR: I think, on anglers, there are some concerning proposals on the horizon that we’ve been very worried about, about fishery management. About how the federal government is appointing the wrong kind of people to manage these agencies. Personnel matters a lot.

OL: Can you expand?

PR: I think some of the personnel from various government agencies have been more hostile toward hunting and fishing. Personnel matters a great deal. What I worry about as a hunter, as a person who believes in the Second Amendment, as a gun owner, is knowing that President Obama – in his earlier career, prior to his presidency – was an advocate for gun control. I worry about what his attitude will be once he never has to face voters again. And that to me is a concern just as a gun owner, that this is somebody who has a history of being hostile to the Second Amendment. He hasn’t, for political reasons I believe, done much to go after the Second Amendment, but his history, his party, lead me to be concerned about what he would be like in a second term.

OL: Now to more important political matters: Realtree or Mossy Oak, which camo do you prefer?

PR: I use Advantage as probably most of my camo, so Advantage is Realtree, isn’t it? You know the brand Advantage, it’s a type of camo?
**
OL:** Yeah, that’s Realtree. What about ladder stand versus climber?

PR: Fixed. I don’t use mechanical. I’ve had some problems with mechanical.

OL: Thanks a lot. We appreciate it.