Attention hound Rick Dyer claims he killed bigfoot, and this time he’s serious. After years of chasing the beast outside... 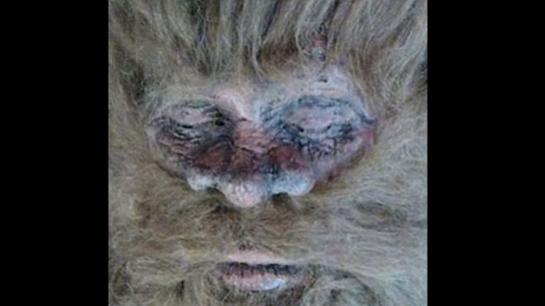 Attention hound Rick Dyer claims he killed bigfoot, and this time he’s serious. After years of chasing the beast outside of San Antonio, Texas, Dyer said he shot and killed it in September 2012.

Since then, he has apparently reclaimed the body, released the photo above, and had DNA tests conducted by a lab in Washington state.

“Every test that you can possibly imagine was performed on this body — from DNA tests to 3D optical scans to body scans,” Dyer told KSAT. “It is the real deal. It’s Bigfoot and Bigfoot’s here, and I shot it and now I’m proving it to the world.”

Dyer said he nailed pork ribs to a tree as bait. First he captured a cell phone video of the animal, and when he came in the next time, Dyer shot him.

But before you send in an application for your next bigfoot tag, you should know that Dyer tried a similar stunt in 2008. He and an associate claimed to have a bigfoot body that turned out to be a rubber ape suit.