A black bear mauled a Florida woman outside her home near Orlando Saturday evening. During the subsequent investigation in Seminole... 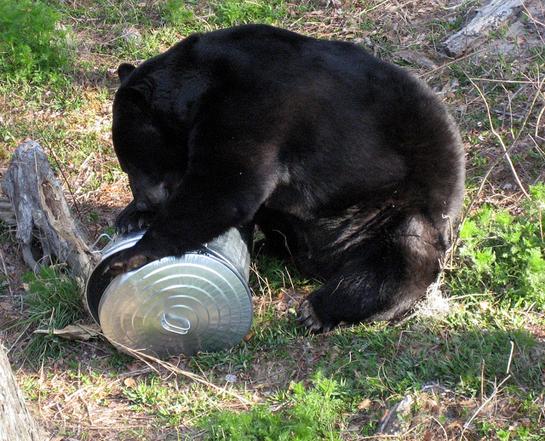 A black bear mauled a Florida woman outside her home near Orlando Saturday evening. During the subsequent investigation in Seminole County, Fla., officers with the Florida Fish and Wildlife Conservation Commission have shot one bear and euthanized five others, the agency announced in various press releases.

Forty-five-year-old Terri Frana was sitting on the back porch of her home around 7:30 p.m. Saturday when her two youngest children asked to visit the neighbors. Shortly after the kids departed on bikes two bears scurried from behind the house toward the street. Frana followed them and discovered five bears on the driveway, rummaging through trash they had dragged from the open garage, according to her husband. Although Frana proceeded down the driveway to look for her children, she didn’t make it far. One black bear charged and knocked Frana to the ground as she turned to flee. Frana curled into a ball and played dead, but the bear continued to maul her.

“The bear actually had my wife’s head in its mouth and started to drag her towards the woods,” Frank Frana told WFTV.

When the bear finally released her, Frana ran toward the house and collapsed inside. Her oldest son discovered her and called 911. The victim sustained head wounds requiring 30 staples and 10 stitches but is otherwise “fine” according to her husband.

“The bear approached FWC biologists at close range and showed no fear of humans,” the agency announced in a Sunday press release. “An FWC officer yelled at the bear, but it did not retreat. Because of its behavior, the officer determined that the bear was dangerous, and he took the appropriate action. Other bears in the area also appear to be highly habituated to people. Three that showed no fear of people were captured and put down.”

Two additional bears that displayed similar behavior were captured and euthanized on Monday.

“The fact that we have come across so many bears with so little fear of humans indicates that these bears are highly habituated and are regularly receiving food from people,” the FWC’s Bear Program coordinator Dave Telesco said in a statement. “Our staff is dedicated to wildlife conservation. Having to put down these bears is a very difficult decision, but it’s the right decision to ensure public safety. Unfortunately, the saying is true: ‘A fed bear is a dead bear.'”

Despite its continued investigation FWC officials were unable to confirm whether any of the euthanized bears were responsible for the attack. Last year residents reported 115 black bear sightings in the Lake Mary community where the attack occurred, reports WFTV. Nearby officers did observe two bears flee when they saw humans on Sunday. This is typical behavior for wild, non-habituated bears and the FWC does not plan to take any action against non-aggressive animals. The agency encourages anyone who does encounter a black bear to resist running or playing dead, and to fight back aggressively if attacked.