“Do Not Run!” Family Stalked by a Black Bear on Hiking Trail 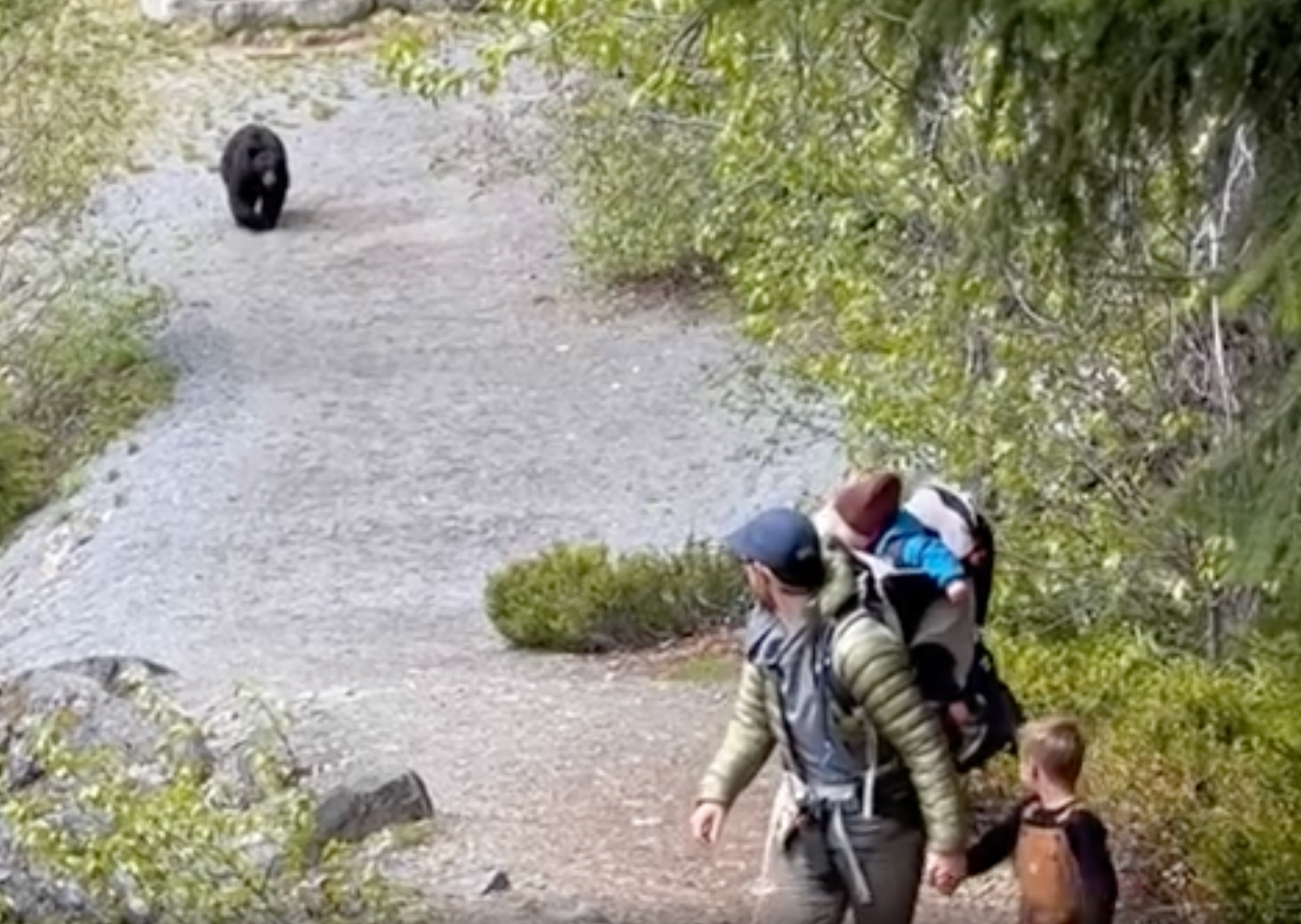 Dad walks away slowly, keeping his kids close. Note the can of bear spray on his waist belt. Brighton Peachy / Instagram
SHARE

Hiking with kids can be a unique experience, especially when there’s a black bear following your family up the trail. Last week, Brighton Peachy, her husband, and their three young children were hiking a popular trail in British Columbia when a black bear started following them, according to KUTV News.

While the bear appeared to be more curious than aggressive, it blocked the way back to the parking lot so the family of five—with kids aged one to six—had to keep walking up the trail as the bear lumbered along behind them. Peachy was able to record a video of the encounter with her cell phone.

A post shared by brighton | outside family adventures (@brightonpeachy)

In the video, the protective mother of three can be heard hazing and yelling at the bear in an effort to scare it away while her husband continues up the trail with one kid in a hiking backpack and another holding his hand. The children are all surprisingly calm during the ordeal, and at one point in the video, the six-year-old calmly asks, “Can we play dead yet?”

Peachy, a social media influencer whose Instagram profile centers around outdoor adventures with children, eventually picks up their toddler and the adults prepare themselves with bear spray in case of an attack.

“It just wasn’t fazed by us and kept following us,” Peachy told KUTV, adding that they walked for about 20 minutes and half a mile before the bear stopped following them and disappeared.

In Case of Bear Encounters

In Peachy’s Instagram post, she notes that after their experience, they learned that the trail has been closed “multiple times recently because of the bear’s increasing aggressive behavior.” Fortunately, the bear lost interest, but when she went to warn other hikers they encountered on the trail, she says they didn’t know what to do in the situation.

Peachy shared some basic advice for what to do if you encounter a bear in the woods. The following tips mirror the advice found on the British Columbia Parks Service’s website: