Is Bigfoot a Turkey Hunter?

Is Bigfoot a turkey hunter? At least one trail-camera user thinks so, as seen in this video still: Do you... 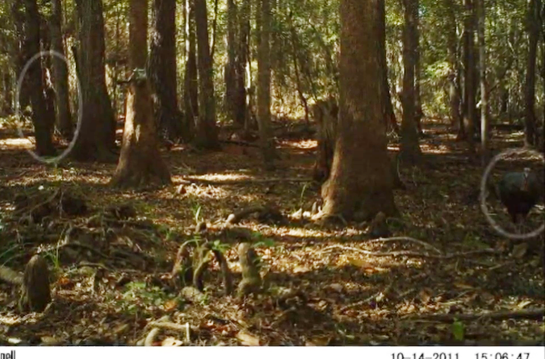 Is Bigfoot a turkey hunter? At least one trail-camera user thinks so, as seen in this video still:

Do you think it’s a guy standing in washed-out camouflage next to a tree? Is the turkey in front of the alleged Bigfoot figure a taxidermy mount? Do you think maybe it’s a possibility? If so, why are the images and videos always so grainy?

Questions remain: why didn’t this trail-cam user snap some stills of the Bigfoot tracks in the woods? Man, I’d be trying to document all sorts of evidence in journalist mode. Might prove to be a significant payoff and career opportunity for the person who actually finally confirms the existence of this so-called Sasquatch.

Hoax or reality, the Bigfoot deal is a part of popular culture. It would be hard to find anyone who hasn’t seen the famous 1967 Patterson-Gimlin film.

But is the dude a turkey hunter?

You Strut Zoners spend a lot of time in the woods. Have you ever seen anything vaguely resembling Bigfoot? It’s a legend that doesn’t want to go away.