Medicinal wild plants have been collected from the landscape and added to home gardens for centuries. In modern times, the... 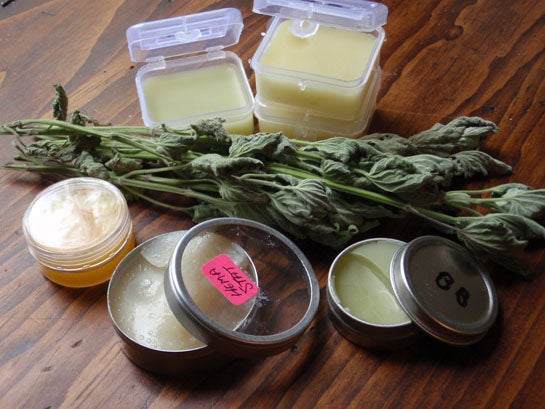 Medicinal wild plants have been collected from the landscape and added to home gardens for centuries. In modern times, the cultivation and use of these healing plants may represent a healthier way of living to the homesteader crowd, and a sustainable re-supply plan for preppers and bug-out enthusiasts. While these home remedies should never take the place of professional medical care, it’s nice to have a sense that you are not helpless, should you end up fending for yourself. Below is a list of 14 great plants that you can find in the wild places. Some can even be picked up at garden centers and added to your own personal medicine garden.

Yes, the berries are delicious, but did you know that blackberry leaves are helpful for diarrhea? Or that, thanks to their astringent nature, they can be made into a mouthwash? Make an infusion (like a tea) by pouring near-boiling water over the leaves and let steep 5 to 10 minutes. The standard ratio is about 2.5 ounces (75 grams) of fresh leaf, or 1 ounce (30 grams) of dried herb to one cup of hot water. The infusion must be taken the day it is made. Take as a mouthwash by using the tea dosage.
**
2. Lemon Balm**

Make the best lemonade you’ve ever tasted by adding bruised lemon balm leaves to the drink. This plant also makes an outstanding topical agent for cold sores, and it is often used as a calming “nightcap” tea to fight insomnia. Germany’s Commission E (their version of our FDA) lists lemon balm as a more effective remedy for cold sores than the leading prescription medicine. Crush the fresh leaves and bind them over the sores, or use a cream containing a high concentration of lemon balm.

Typically employed as a fragrance today, lavender has been used since ancient times to repel insects; to treat bug bites, burns, and skin disorders; to relieve itching and rashes; and to reduce swelling. Apply the crushed fresh leaves to the affected area, or fill a jar with dried leaves and cover them with olive oil. Let this soak for 6-8 weeks, and decant the oil as a lavender-infused medicinal oil for skin problems. Lavender is not to be taken internally by pregnant and nursing women or small children.

Cooked, mashed roots of comfrey used as a topical treatment is great for arthritis, bruises, burns, and sprains. Just don’t eat it: Recent research shows that it is damaging to the liver if consumed in quantity. Due to variations in pyrrolizidine alkaloid content, root preparations are unsafe for internal use unless they are guaranteed pyrrolizidine-free. Although comfrey root tea has been used traditionally, the danger of its pyrrolizidine alkaloids is significant. Therefore, comfrey root and young leaf preparations should not be taken internally.

To make the topical treatment, simmer 3.5 ounces (100 grams) of dried or fresh, peeled root in 1 pint (500 ml) of water for ten to fifteen minutes. Soak cloth or gauze in this liquid, then apply it to the skin for at least 15 minutes. Fresh leaves can be ground up lightly and applied directly to the skin. Alternatively, creams or ointments made from root or leaf can be applied. All topical preparations should be applied several times per day.

This good looking perennial herb is a top pick for a medicinal garden, as it can serve several uses. The yarrow plant also has a long history as a powerful healing herb used topically for wounds, cuts, and abrasions. The genus name Achillea is derived from mythical Greek character, Achilles, who reportedly carried it to treat battle wounds. Crushed leaves and flowers placed on cuts and scratches can stop bleeding and reduce the chance of infection. This medicinal action is also reflected in some of its common names, such as staunchweed and soldier’s woundwort. The leaves encourage clotting and are antiseptic. Historically, yarrow was dried, powdered, and mixed with plantain or comfrey water (both were famous wound herbs) or used fresh by itself as a poultice for wounds that would not stop bleeding.

The roots and leaves make an excellent liver tonic and help to purify the body and blood. Many people use burdock root to help get rid of acne problems, and it has a very positive effect on a number of skin problems, like eczema. Make a tincture of the dried root in alcohol and consume 10-20 drops of tincture daily. You could also eat the fresh leaves and roots after boiling them in water and discarding the water to remove bitterness.

This humble weed is common in lawns and fields across America and around the world. Plantain is a small plant with parallel veins and a rubbery feel. The green leaves can be crushed into a paste and applied to venomous stings and bites with great effect. Though not strong enough to tackle snake bites, plantain can help to neutralize the venom of bees, wasps, scorpions, and other pain inducing creatures. Just keep the paste of plantain leaf on the wound, and replace as it dries out. Relief should be swift.

As a general liver/gall bladder tonic and to stimulate digestion, mix one tablespoon of the dried root in one cup of hot water. A tincture made from the root can be used three times per day. Some experts recommend the alcohol-based tincture because the bitter principles are more soluble in alcohol. As a mild diuretic or appetite stimulant, 1 to 2 tablespoons of dried leaves can be added to one cup of boiling water and drunk as a decoction, up to three times per day.

To prepare willow as a medicine, pick one that you can easily identify. Weeping willow is a common tree throughout North America. Though not native, it prospers in any moist area and can be identified by its droopy twigs and branches. The leaves and bark have been used as medicine for centuries. Boil a palmful of green leaves in one cup of water for 10 minutes to create an astringent. Soak a clean cloth in this brew and apply it directly to boils, abscesses, carbuncles, and ulcers when no other medical treatment is available. Soak the bark scrapings off several twigs and soak them in one cup of hot water for 10 minutes for a bitter tasting anti-diarrhea drink. Take a few sips every 2 hours, and continue until the symptoms subside.

Bark from several other species in the willow family, including the black willow, has been used since 400 B.C. to treat inflammation and pain. Black willow bark contains salicin, a predecessor to aspirin. It was once common for people to chew directly on the shaved bark for pain and fever relief.

Numerous scientific studies have shown that echinacea products consumed at the first sign of cold symptoms can reduce the effects and duration of the common cold in adults. Encouraging research shows that vaginal yeast infections are significantly impacted by consuming echinacea products, in conjunction with the application of a medicated cream to the affected skin. With echinacea use, the rate of recurring infection drops to about 16 percent, compared to 60.5 percent with econazole medication used by itself. Echinacea contains plant compounds that can attack yeast and other fungi very effectively. Use the dried root and/or leaf as a tea.

When applied to the skin, elderberry is effective at treating wounds. In many countries, including Germany, elderflower is taken orally to treat respiratory illnesses such as colds and flu. Some evidence suggests that chemicals in elderflower and elderberries may help reduce swelling in mucous membranes, such as the sinuses, and help relieve nasal congestion. Elder may have anti-inflammatory, antiviral, and anticancer properties. Dosage is easy, just consume jam or wine made from elderberries. But be aware that the raw berries are mildly toxic, and they may have drug interactions with diuretics (water pills), diabetes medications, chemotherapy, laxatives, theophylline (TheoDur), or drugs that suppress the immune system.

The green husks of walnuts have many uses in folk medicine. One tablespoon of the dried green husk material in one cup of hot water will make a horrible tasting, parasite expelling tea. Sip on one cup over the course of a day and repeat this for seven days. Fresh walnut husks have been used as a substitute for iodine tincture as an antiseptic on small cuts and wounds (they even stain the skin like iodine).

If you come into contact with poison ivy, oak, or sumac, locate some jewelweed (Impatiens capensis), crush the juicy, purplish stalk of into a slimy paste, and scrub it all over the affected skin. After 2 minutes of contact, wash off the jewelweed mush with clean water. If you’re able to do this within 30 to 45 minutes of ivy exposure, you should have little to no poison ivy reaction. If it took more time to find the jewelweed, you can still experience some relief from using it as a wash. If you already have blisters and itch, then you got into the ivy yesterday. Jewelweed will cool the itch.
**
14. Birch**

Birch bark, particularly sweet birch bark, can be an effective analgesic if it has enough salicylates. Bark scraped from sweet birch (Betula lenta) twigs can be steeped to make a delicious tea. Higher than commonly recommended doses of this herb can cause upset stomach, nausea, or tinnitus (ringing in the ears). If any of these reactions develop, stop taking it. A suggested dosage for salicin is 6 to 120 mg per day. However, newer studies suggest a higher salicin intake of 240 mg per day may be more effective for treating pain. Prepare sweet birch bark tea by adding ¼ to ½ teaspoon (1 to 2 grams) of bark to about 7 ounces (200 ml) of water and then boiling for ten minutes. The tea can be taken up to five times per day.