Your wood stove or furnace pumps the lifeblood of your home—heat. If this system isn’t working right, you could be... 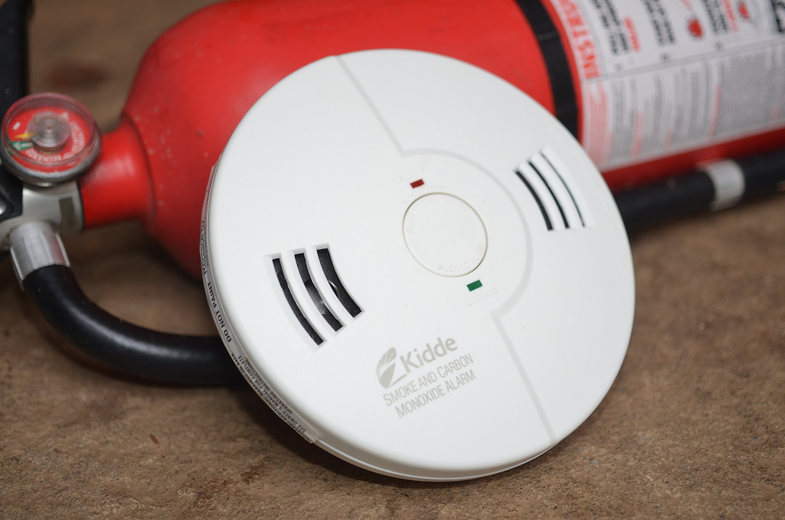 Your wood stove or furnace pumps the lifeblood of your home—heat. If this system isn’t working right, you could be wasting fuel and headed for a breakdown. Or worse, you could be putting yourself and your loved ones at risk for carbon monoxide poisoning. Each year, an average of 439 people die from accidental, non-fire-related CO poisoning in the U.S.

This occurs when combustion heating systems fail to exhaust properly, building up tasteless, odorless carbon monoxide gas in the home. Carbon monoxide poisoning occurs when this gas builds up in a person’s bloodstream. As the CO level builds, your body replaces the oxygen in your red blood cells with carbon monoxide molecules. This robs the body of oxygen, which can cause serious tissue and organ damage. Even death.

Know the Causes
These are just a few of the most common culprits for carbon monoxide poisoning and house fires:

—Obstructed Fireplace or Woodstove
My family experienced CO poisoning firsthand a few winters ago. The mesh screen over our woodstove pipe became clogged with enough soot to back up carbon monoxide into the house. We all noticed that we were becoming very irritable, nauseated, and quite tired. Then the CO alarm went off and it all made sense. We went outside, aired out the house, and didn’t run the woodstove again until the stovepipe and screen were thoroughly cleaned.

—BBQ grills
These are one of the most notorious sources of home carbon monoxide poisonings during power outages. Whether it’s a propane or charcoal grill, don’t try to heat the home with it. Leave that sucker outside in the snow. It’s dangerous if brought indoors.

—Stoves
Using a camping stove indoors, or using your kitchen stove as a heater are both horrible, terrible deadly ideas. Both stoves are potential fire starters, and the camping stove could lead to CO poisoning in small spaces.

Get Alerted to Carbon Monoxide
A few years ago, my family felt the odd and scary sensations of carbon monoxide poisoning due to a blocked stovepipe. This is just one of the scenarios which could create this deadly situation. Cracked heat manifolds in propane heating systems and clogged exhaust pipes in oil furnaces can also put your family at risk. House fires are always a risk in combustion-based home heating systems, and they warrant the use of several smoke alarms to alert the household in the event of a fire. But the colorless, odorless, tasteless gas of carbon monoxide is also a threat with any malfunctioning combustion system. That’s why it’s important to have both smoke alarms for fire detection and CO alarms in the home.

Place a smoke alarm in the kitchen (even though it’s annoying when you burn the toast and it goes off).

Place a smoke alarm near your heating system, and on each level of the home. Install at least one CO alarm near woodstoves or indoor furnaces.

Have you ever suffered from CO poisoning? Have you invested in a CO detector? Let the rest of us know. This is one of the rare topics in which you may save a life by leaving a comment.