Florida Driver Dies After a Collision with an 11-Foot Alligator 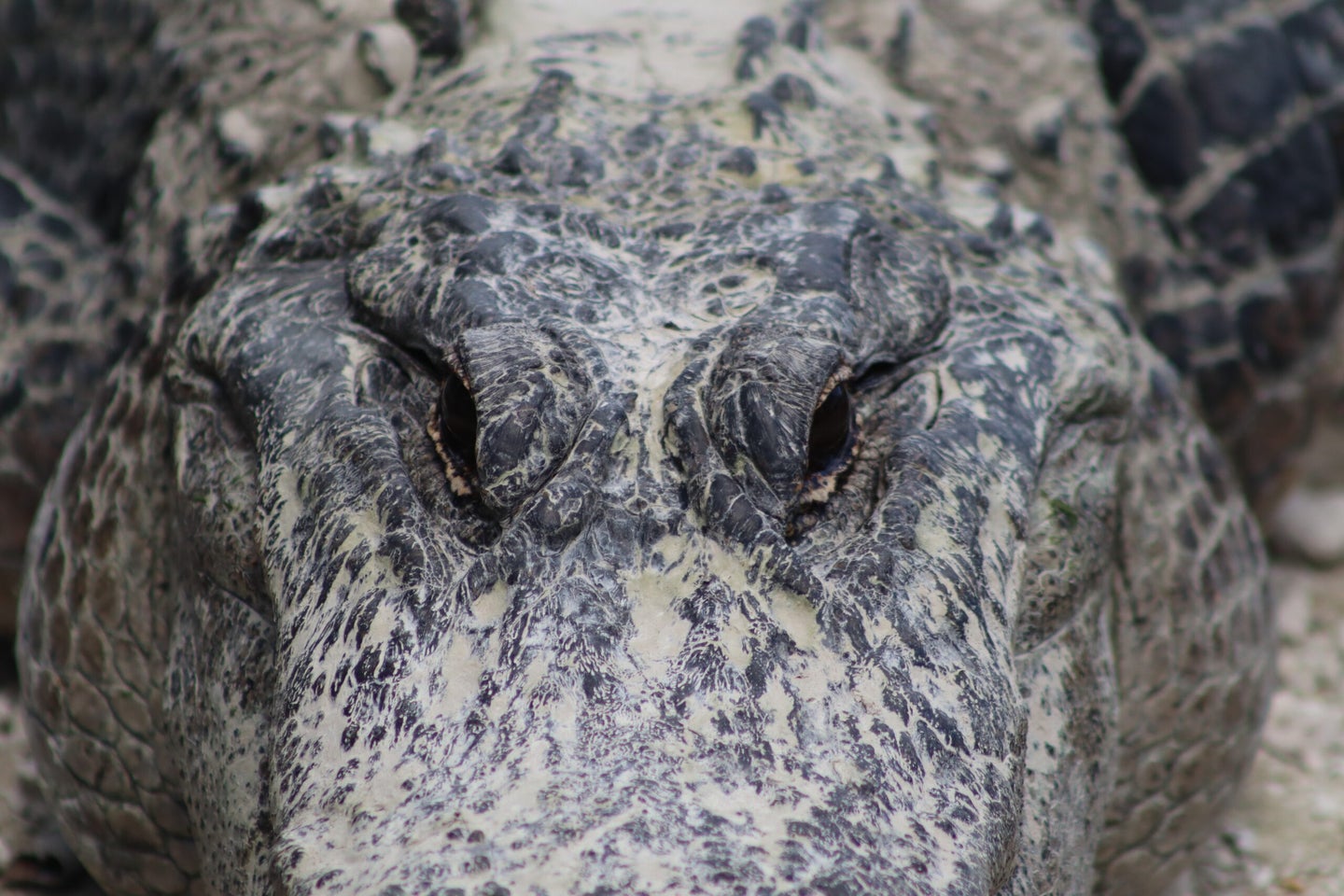 A Florida man died after running over a Florida gator on a county highway. Ronnie Overgoor / Unsplash
SHARE

A Florida motorist ran into an 11-foot alligator and crashed his car at 12:30 a.m. on March 24. The driver, who has now been identified as 59-year-old John Hopkins, of Lithia, Florida (about 25 miles southeast of Tampa Bay), was driving on County Road 672 west of Alafia State Park when he hit the gator, the Miami Herald reports. The car then veered off the road, flipped, and crashed into a ditch, killing Hopkins. Another motorist saw the overturned vehicle and called 911.

The Hillsborough County Sheriff’s Office responded to the crash and Hopkins was pronounced dead at the scene. The alligator also died.

“The front of the victim’s vehicle struck an approximately 11-foot-long alligator that was in the roadway,” according to a news release from the Sheriff’s Office. “The vehicle veered off the roadway to the left and overturned into a ditch on the north side of the road. The victim was pronounced deceased at the scene.”

An 11-foot alligator can weigh as much as 500 pounds, and incidents of vehicles striking alligators are not uncommon in Florida—especially at night during the spring mating season. Longtime Florida alligator trapper Chadwick Lairsey, of Jacksonville, tells Outdoor Life that gators are particularly active this time of year, as they roam lakes, marshes, river shores, and other lowland areas searching for mates.

“We get a lot of nuisance alligator complaints during spring, when they’re very active, with the largest male gators frequently on the prowl looking for mates,” Lairsey says.

The Florida Fish and Wildlife Conservation Commission estimates that there are approximately 1.3 million alligators living in the state. They inhabit all 67 counties, and the waterways in and around Alafia River State Park are known hotspots for gators. The record length for a Florida gator is 14 feet, 3 1/2 inches from Brevard County.