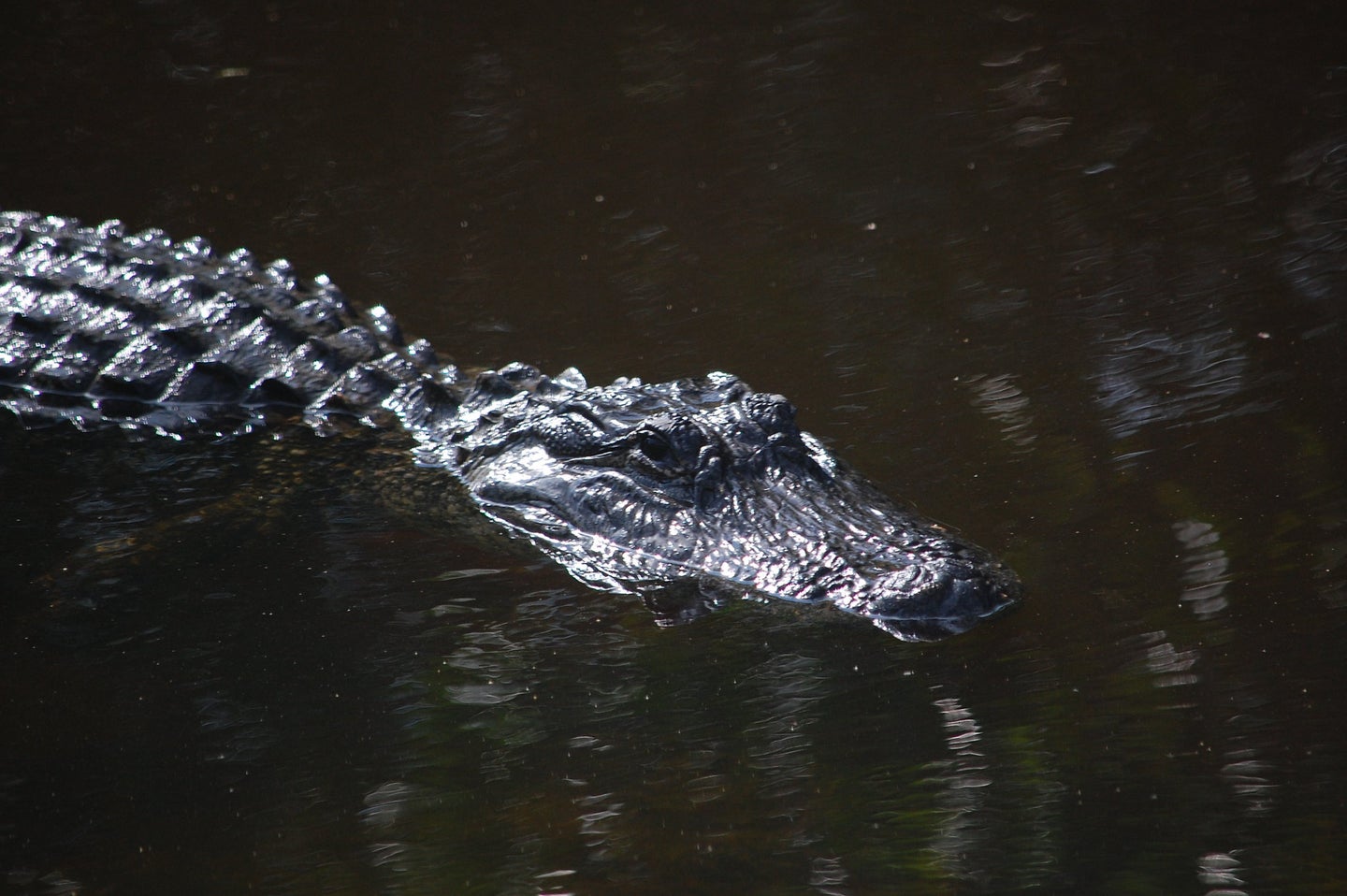 A Florida man was attacked and killed by an alligator earlier this week while he was collecting frisbees from a public lake. The incident occurred on May 31 at the 53-acre Taylor Lake in John S. Taylor Park, and it is the first fatal alligator attack to take place in Florida since 2019, the New York Times reports.

Officials say the 47-year-old victim was found on the shoreline with his arm torn off around 8 a.m. on Tuesday. After the Largo Police Department was notified, licensed trappers were called to the lake, and around 5 p.m., they located a large alligator. A WFLA camera crew was on the scene when the gator was pulled from the water.

Officials euthanized the alligator soon after it was captured, and they plan to perform a necropsy to determine if it was the animal involved in Tuesday morning’s attack, according to WFLA News. Authorities have not released the name of the victim.

Paul Cozzie, Director of Parks and Conservation Resources in Pinellas County, was familiar with the man, who he called a “transient”, and who made a living by selling the frisbees he found to people who played disc golf on a course that runs parallel to the lake, according to the Times.

“It appears that he went in before the park opened—unfortunately not a good time to be in any lake, but especially during alligator mating season,” Cozzie told the Times. He said the decision was “a mistake that appears to have cost him his life.”

Because the lake is six- to eight-feet deep, Cozzie explained, “you have to ‘kick around on the bottom’ to find discs. And, unfortunately, this man kicked around and found an alligator instead.”

The lake where the incident occurred has experienced previous alligator attacks. In June of 2020, a disc golfer was waist-deep in Taylor Lake during the early morning hours when a gator struck and bit him on the face. The man, who was also searching the lake for frisbees at the time, recovered from his injuries after he was hospitalized.

The Sunshine State is no stranger to alligator attacks, with 16 fatal attacks taking place there between 1999 and 2019, according to data from the Florida Fish & Wildlife Conservation Commission.

The state agency reminds residents that alligators are especially aggressive during mating season, which begins in early April and runs through late June or early July. They are typically most active around dawn and dusk. With roughly 1.3 million alligators living across the state, FFWCC urges residents to stay away from fresh or brackish water, especially where there are “no swimming” signs posted, as that is likely where alligators are lurking.