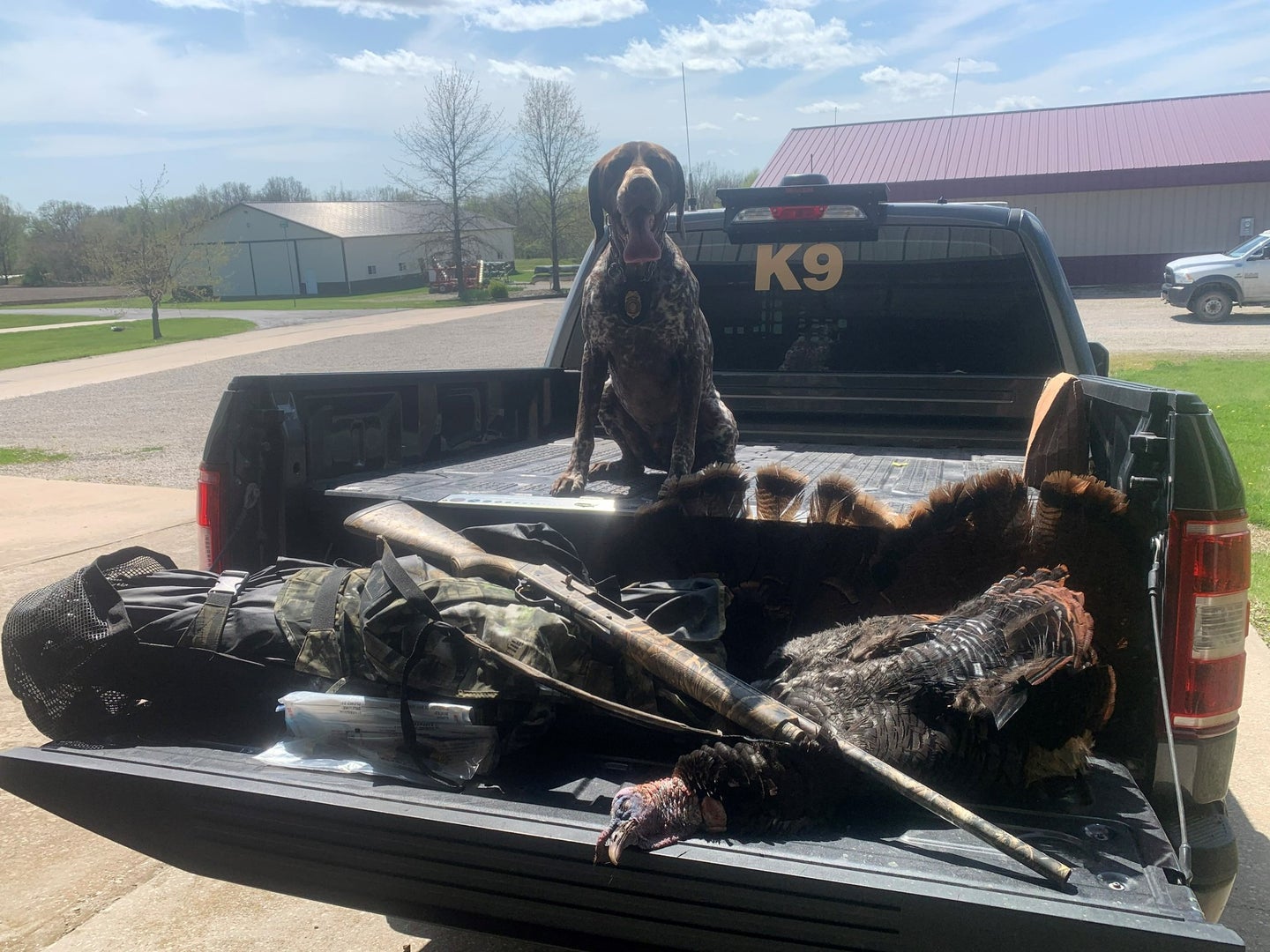 Two poachers in Missouri are currently facing criminal charges for an incident that occurred on private property last month. In addition to trespassing and harvesting a turkey without the landowner’s permission, one of the men allegedly fired his gun at the landowner, according to a recent news release from the Missouri Department of Conservation. The MDC adds that a trusty K9 named Waylon played a major role in the investigation and helped apprehend one of the suspects.

Sometime in April, agent Caleb Pryor and K9 Waylon responded to a trespassing call at a property in Grundy County. The landowner had reported two people trespassing on his property and shooting a turkey. The landowner also reported that when he chased them on foot, one of the fleeing suspects fired a gun in his direction.

Agent Pryor was able to locate one of the suspects before long, but it was Waylon who sealed the case. Using his keen sense of smell, the German Shorthaired Pointer was able to match spent shotgun casings that were found at the scene with shells found in the suspect’s hunting vest.

Read Next: “Operation Longbeard” Puts an End to the Largest Wild Turkey Poaching Ring in History

Agents then seized the illegally harvested bird, along with a 12-gauge shotgun that the suspect had in his possession at the time of arrest.

“Both men are facing numerous charges,” according to the MDC, “including unlawful use of a weapon, hunting wildlife from private property without permission, taking turkey without a permit, and illegal possession of wildlife.”

Depending on the circumstances, an “unlawful use of a weapon” charge can carry a broad range of penalties in Missouri. However, shooting a firearm at another person is considered a class B felony under state law, which means that, if convicted, the turkey poachers could be looking at five to 15 years in prison.