With wild pigs running rampant in Central Texas, these counties are incentivizing hunters to thin pig populations by implementing a bounty program 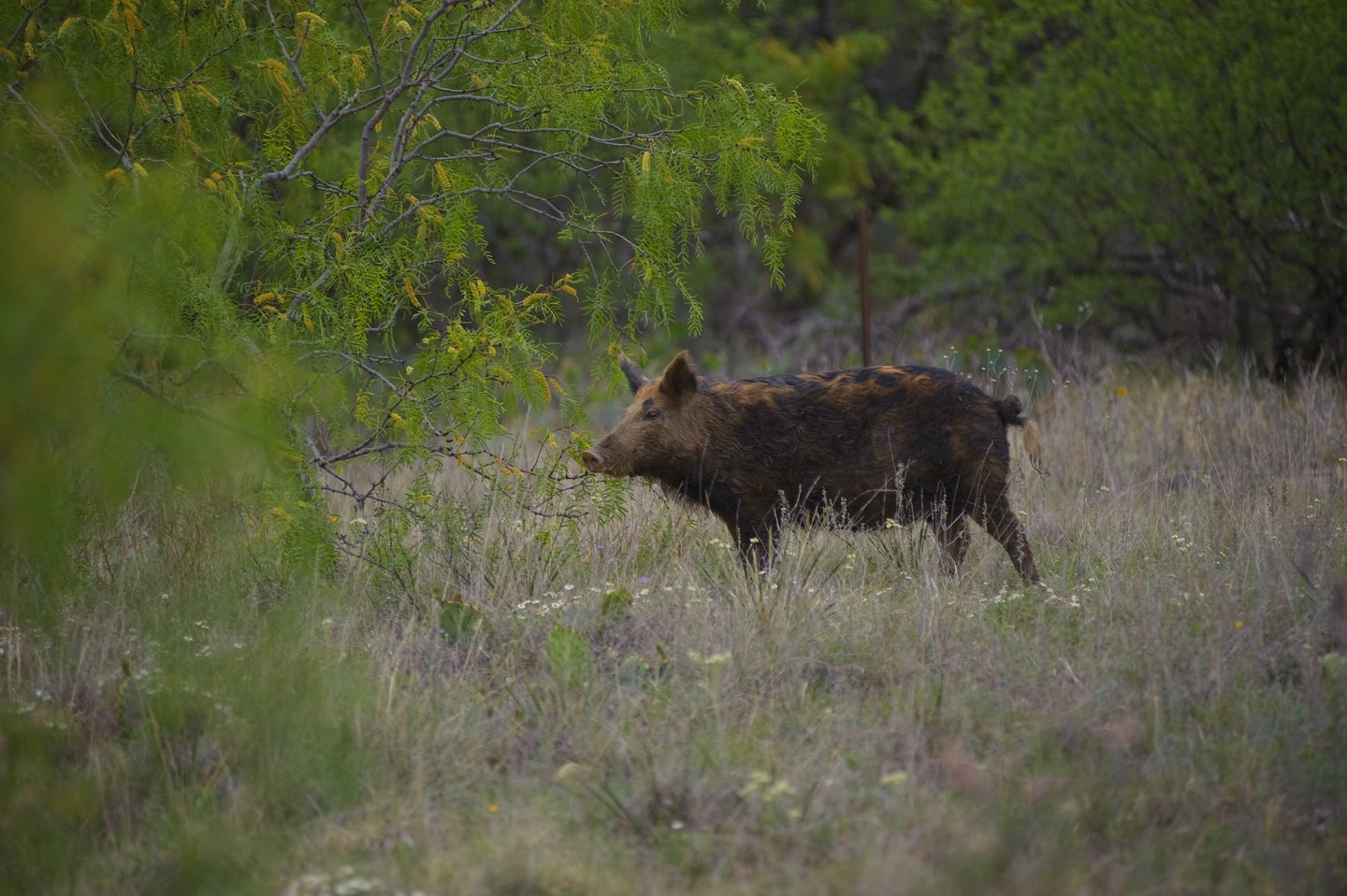 Two counties in Central Texas are putting bounties on feral hogs this year. Starting in February, hog hunters in Hays and Caldwell Counties will be able to get paid for killing pigs to the tune of $5 per tail. Both counties received grants from Texas A&M AgriLife Extension’s Wildlife Services, which will provide funding for the bounty program. Hays County received $7,500, while Caldwell received $20,000. These counties will start shelling out money to hog hunters in mid-February.

The $5 per pig bounty will be paid by check in return for tails and/or certified buying station receipts. Hays County is also requiring participants to complete a W-9 and a participation form. These forms can be obtained in-person at one of the Hays County bounty stations, or online through the Central Texas Feral Hog Task Force’s website.

The bounty program is part of Hays County’s larger feral hog management program, which includes educational workshops and webinars for local hunters, trappers, and landowners. The program will also incorporate a countywide survey, damage assessment, and a volunteer-led trapping effort that will allow landowners to participate in what the county calls “a feral hog trap sharing cooperative.” The county has partnered with the Meadows Center for Water and the Environment at Texas State University, along with the Cypress Creek Project, the San Marcos Water Initiative, and the Plum Creek Watershed Partnership in order to implement the research and educational components of the program.

These countywide management programs have become increasingly important as the state’s wild pig populations continue to grow at an uncontrollable rate. Wild pigs are now the most abundant free-ranging introduced ungulate in the United States. Their nationwide population jumped from 2.4 million in 1982 to an estimated 6.9 million in 2016, and their territory expanded from covering 18 states to 35 states over that same period.

Roughly 2.6 million of those pigs reside in Texas, according to Texas Parks and Wildlife’s estimations. Wild hogs are now present in 253 of the state’s 254 counties, with El Paso County in far west Texas as the sole outlier. “This rapid range expansion can be attributed to an estimate 18 to 21 percent annual population growth and an ability to thrive across various environments,” TPWD explains on its website.

And this rampantly growing population of invasive swine is doing a whole lot of damage across the state. Wild pigs wreak havoc on native plants and cause extensive damage to vegetation and soil by rooting and digging in the ground in search of food. They also degrade water quality, and since they lack sweat glands, they tend to contaminate waterways like the San Marcos River during the warmer months as they seek to cool themselves in the water.

Read Next: A California State Senator Wants to Make it Easier for Hunters to Kill Wild Pigs

It’s the state’s farmers, however, who suffer the greatest economic impact from the pigs’ rooting and wallowing. Hays County estimates that the agricultural damage caused by feral hogs throughout the state exceeds $500 million annually. When you compare that bill with the combined $27,500 Hays and Caldwell counties are spending on the bounty programs, $5 per tail seem like a pretty good investment for Central Texas counties looking to put a dent in their feral hog populations.

The only problem with these bounty programs, which both counties have offered in the past, is that recreational hunting alone is not enough to put a reasonable dent in the state’s growing pig population. Texas already allows hunters to target pigs year round, and there is no bag limit for the species. Hunters there can also hunt at night with spotlights, and they can get permits for helicopter hog hunting from TPWD. But even with these aggressive tactics, the state agency says that it’s almost impossible for counties to reign in pig populations solely by incentivizing recreational hunting.

Trapping whole families, or sounders, of feral hogs is a more effective way to control populations, which is why Hays and Caldwell counties are making trapping a large part of their overall management plans. And while the two counties are just as willing to pay recreational hunters $5 a tail for the pigs they shoot, the program is also available to landowners who are already practicing whole sounder removal. Bounties could also be just the incentive other landowners need to start trapping on their own property, and help tackle the feral pig problem.