The most dangerous jobs in the outdoors. 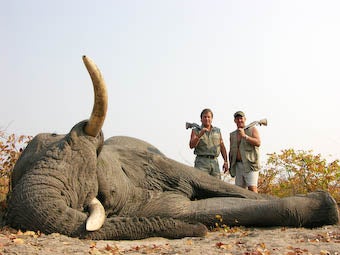 "The leopard came at my face," he remembers. "I managed to get my right arm up, and he latched onto it and chewed for a while. Then he jumped off me and laid back down, which is typical for a wounded leopard." The pause gave Rann time to reload. When the cat came back at him, he didn't miss. It took dozens of stitches to sew Rann up. Rann owns Rann Safaris, in Botswana, and hosts the television show Dangerous Game. In addition to his scrape with the leopard, Rann has also been trampled by a wounded Cape buffalo. Still, he loves his job. "It's the adrenaline," he says. "I just love hunting dangerous game!". Outdoor Life Online Editor
SHARE

The most dangerous jobs in the outdoors.