Michigan Will Attempt to Return Arctic Grayling to State Waters

Gone for nearly a century, Michigan biologists are closing in on a major reintroduction of the Arctic grayling 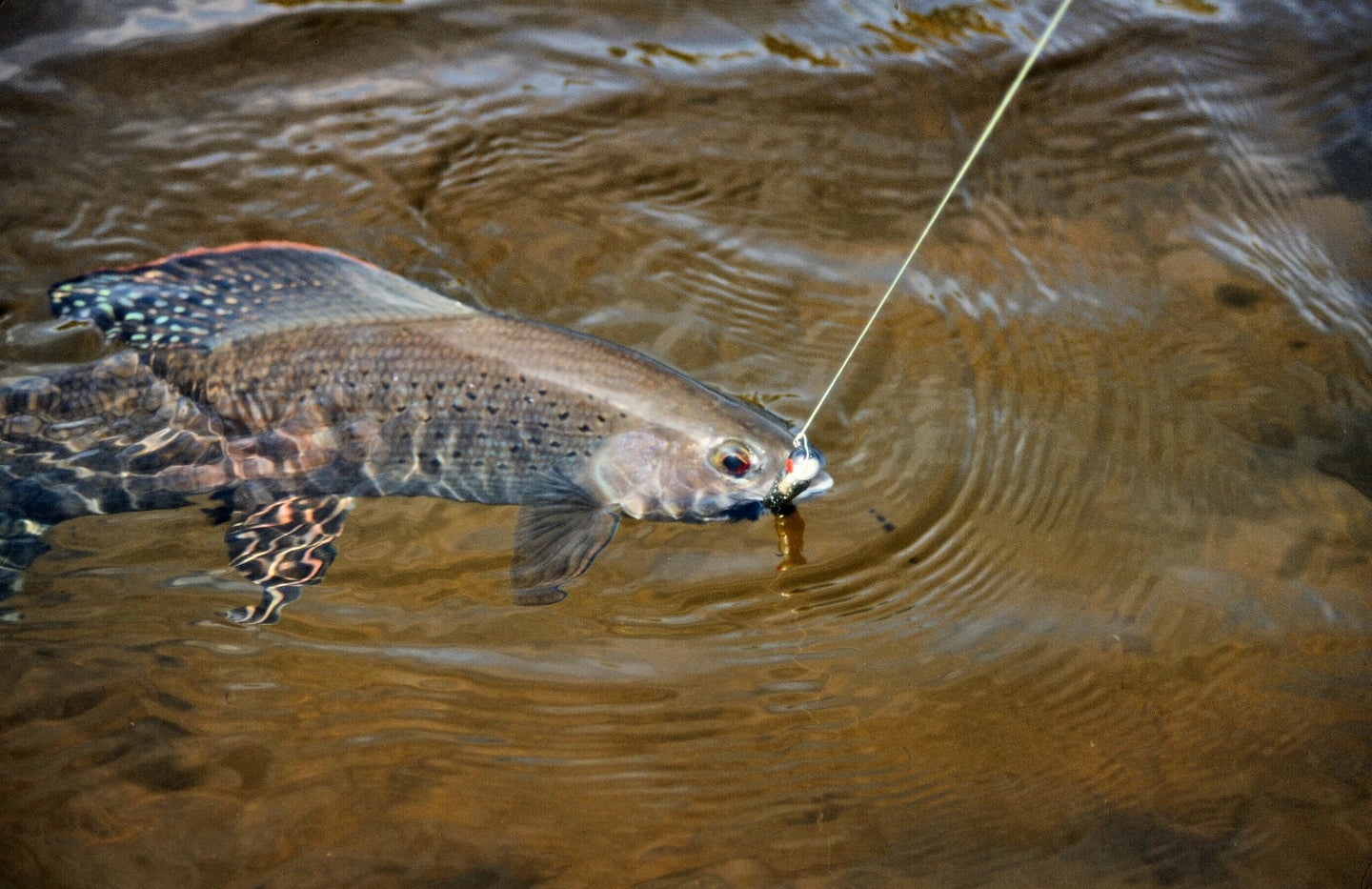 Fishery biologists in Michigan are optimistic about their new grayling-stocking program.
SHARE

No freshwater fish looks quite like the diminutive and seemingly-delicate Arctic grayling. It’s trout-like in its feeding and habitat choices. But a wispy sail-like dorsal fin heavily speckled with iridescent blue marks is its most dominant identifying feature, setting it far apart from all other America freshwater species.

A shimmering slate-blue body and an aggressive nature make it a popular target of stream anglers, especially fly-fishermen, who relish the cool, clear, pristine waters grayling inhabit, and its preference for small flies and nymphs.

While still abundant throughout much of Canada and Alaska, grayling only are native to Michigan and Montana in the lower 48 states. According to Michigan’s DNR, logging, habitat destruction, and competition from non-native species killed off the state’s grayling, with the last one documented in 1936 in the Upper Peninsula’s Ontonagon County.

Over the years several stocking programs (as recent as the 1980s) have failed to re-establish Michigan grayling. But that may change, thanks to what biologists have learned from successful stockings of the fish in Montana.

“We have learned some things from Montana,” said Ed Eisch, Michigan DNR fish production program manager. “Montana figured out the fish were missing a key imprinting period early in their development.”

Imprinting occurs in the egg stage when grayling absorb stimuli and smells from water. This increases the likelihood that adult grayling can return to specific quality water habitats to spawn, much the way salmon do following imprinting. Montana has been innovative in this area by transporting grayling eggs from a hatchery to “remote site incubators” (RSIs) where eggs acclimate to the environment. An RSI is merely a bucket that harbors eggs allowing water to flow through but protects eggs from predation and from washing away.

“They have seen a lot of success with that in Montana,” Eisch reported to Michigan’s Petoskey News. “They have significantly increased the grayling population, they are self-sustaining.”

Read Next: Fishing For Grayling: Chasing Alaska’s Sailfish on the Fly

Eisch says Michigan is experimenting with different RSI models to learn which will be best in state waters. He says in addition to the Au Sable and Manistee rivers, the Boardman and Maple rivers will be considered for grayling stocking.