In many rural areas shooting feral cats is pretty standard procedure–though if you mention this to gentile suburbanites or hip... 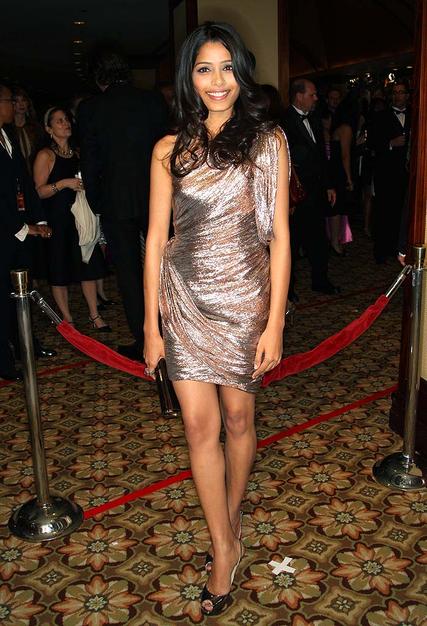 In many rural areas shooting feral cats is pretty standard procedure–though if you mention this to gentile suburbanites or hip urban-dwellers don’t be surprised when one of them drops their chocolate martini* and faints from shock.

For people who pay attention to nature, the devastation feral cats cause among birds and other wildlife is no secret and the only reasonable way to control their numbers is by removing them from the population. (Should you decide to get serious about this work, I suggest you go out right now and get yourself a .220 Swift.) Not that other methods haven’t been tried or advocated.

Many anti-hunters pray for the day animal contraception can be employed on a wide scale to keep exploding deer numbers and the like in check without the need for legions of rednecks in blaze orange to march forth with rifles. In a similar vein of wishful thinking, I pray for the day that Freida Pinto ( pictured right ) is overcome with an uncontrollable attraction to Outdoor Life’s Shooting Editor.

But don’t take my word that this crazy notion is a pipe dream (the animal contraception, I mean). The April 2010 issue of the Journal of Mammology reports on a study of feral cats on California’s Sanata Catalina Island where widespread sterilization was employed to control their numbers:

_”From 2002 to 2004, researchers tracked the movements of 14 sterilized and 13 reproductively intact cats with radiocollars in the Middle Canyon and Cottonwood Canyon watersheds on the eastern half of Catalina to determine their home-range and long-range areas. Contrary to expectations, the study showed that sterilization did not keep the cats “close to home,” defending their territory against the influx of more cats. Both sterilized and intact cats roamed over long distances, traveling between the island’s developed areas and wildland interior….

“Even with a high rate of sterilization, it could take more than a decade for a colony of cats to become extinct. Rather than trap-neuter-release, the authors of this article recommend that, on Catalina, cats trapped in the island’s interior should be removed and delivered to a shelter where they would be adopted or euthanized.”_

You can download the full study here. In the meantime, be on the lookout for cats.

* Technically, of course, there is no such thing as a chocolate martini. A martini is made with ice-cold gin, a touch of vermouth and an olive. If it doesn’t have these ingredients it isn’t a martini.