For years, sportsmen in Virginia who regularly head to the woods in the late winter and early each spring to... 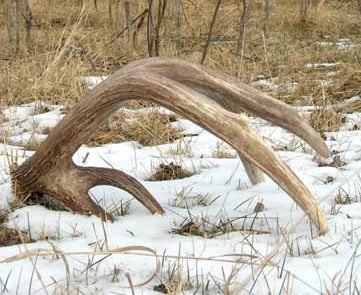 For years, sportsmen in Virginia who regularly head to the woods in the late winter and early each spring to collect shed deer antlers were violating a state law.

And very few hunters–and not all game officers, for that matter–were aware of the obscure regulation. That’s because under a strict interpretation of the Virginia statute, possession of all wild animal parts (without a permit) was strictly forbidden.

Thankfully, a bill passed last week by the Virginia House creates an exemption for the collection of whitetail deer headgear. Introduced by freshman Delegate James Edmunds, HB1283 was approved by a 95-1 margin.

The measure now heads to the Senate where its approval appears imminent.

As presently written, state law prohibits the ownership of “any wild bird or wild animal or the carcass or any part thereof, except as specifically permitted by law.”

According to the Virginia Department of Game and Inland Fisheries, the law was intended to guard against the illegal trade of wild animal parts and to allow only licensed hunters to possess their legally taken big game trophies.

Ironically, Edmunds, a Republican who represents Virginia’s 60th District, discovered he was technically breaking the law after a colleague noticed some sheds decorating his General Assembly building office in Richmond and told him about the statute.

The greenhorn representative was not cited for his unintentional infraction.