Heads Up for Boaters: Start Using Your Motor’s Kill Switch or You Could Get Fined By the Coast Guard

You know that red kill switch you've been ignoring? It's time to start using it 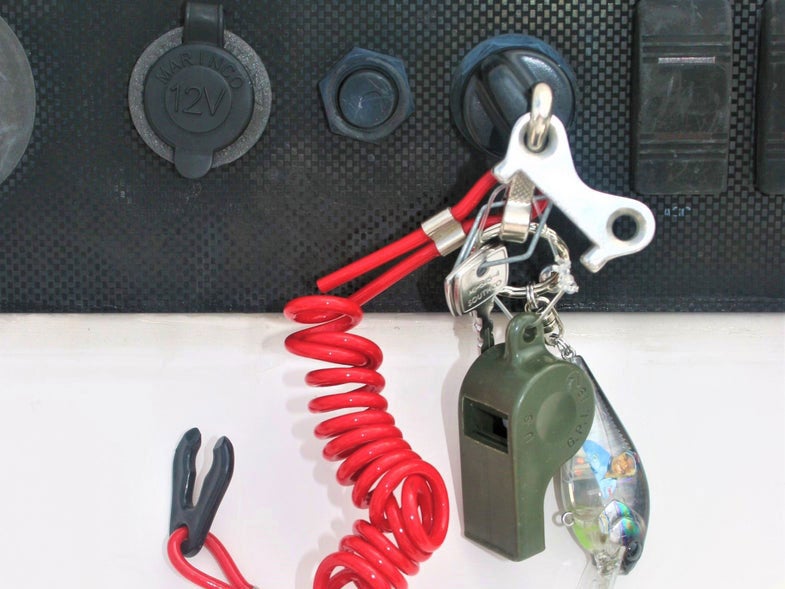 Use you boat motor's kill switch or risk a fine from the Coast Guard. Bob McNally
SHARE

A new federal law went to effect Apr. 1 requiring boat operators to use the installed engine “kill switch” that has been standard equipment on most boats for many years.

The law applies to boats that are 26-feet or less, and cabin boats when the primary helm is not in a cabin when the boat is operating on plane. The rule is being implemented on all federally navigable waters, but it’s also being implemented by several states for their waters. Practical times when “kill switches” are not required are when boats are trolling, loading on or off a trailer, or in no-wake zones. The vessel operator is also exempt if the boat’s motor produces less than 115 lbs. of static thrust – or about the size of a 2-hp engine. Operators who fail to follow the new requirement could face a $100 fine, according to Boating Industry.com.

The law is being praised by law enforcement as an important safety requirement. This is because when a boat operator is fitted to a “kill switch” (which is properly known as an “Engine Cut-Off Switch” or ECOS) and the operator is thrown from the boat piloting area, the kill switch disconnects and immediately shuts down the motor. This effectively saves people in the water, like a captain who may have been ejected overboard, from propeller injury. When a motor keeps running after the operator has been thrown overboard, the boat often makes violent circles (called the circle of death), which you can see in the video below. Further, once the kill switch shuts down the motor, an overboard captain might be able to swim to their non-moving boat and recover.

Most kill switches consist of a coiled heavy-duty lanyard (often bright red in color) with an end that fits to a boat control station or the motor. The lanyard attaches to the boat captain’s wrist, hand, life jacket, or belt loop. Thus if the captain moves from motor controls, the lanyard tightens, detaches, and the motor “kills.” To restart the engine the ECOS simply needs to be reconnected at the helm or motor. Some newer boats use an electronic version that that captain simply puts in their pocket.

Since most boats and motors have been fitted with such kill switches, the new law does not require boaters to make expensive upgrades. The law simply requires that you use ECOS that’s already in place.