The American Sportfishing Association recently released its “Sportfishing in America” report for freshwater and saltwater angling, indicating that anglers annually... 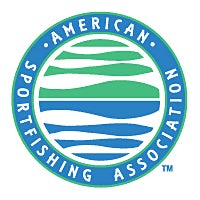 Not surprisingly, the most popular gamefish is the largemouth bass, pursued by one out of every three U.S. anglers. Flounder is the most-targeted saltwater fish.

By no means is fishing confined to male rural residents, as 45 percent of anglers come from cities with populations of 1 million or more and 25 percent of all anglers are female.