How to Catchy Trophy Walleyes at Night 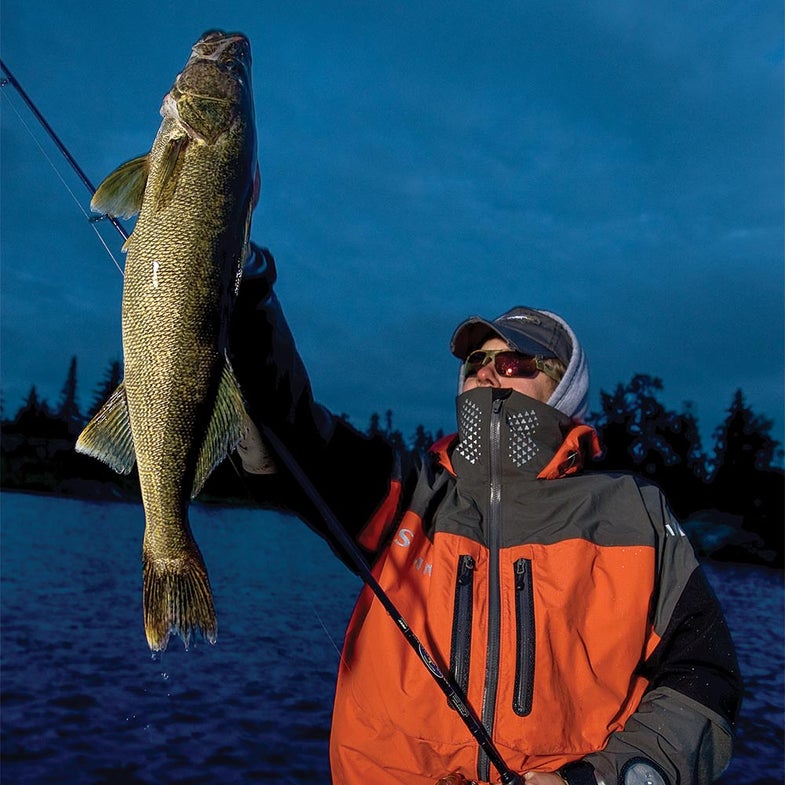 You might have to put on a wool hat and gloves, but dealing with the fall chill is worth it for those hot walleye nights. Bill Lindner
SHARE

For some people, leaves falling from trees are nothing more than a signal that it’s time to watch football. For the hardcore walleye angler, this has a lot more significance. As the temperature drops, walleyes get on the move. While migration times and patterns can differ by region and even lake to lake, you can rest assured that they’re headed to one of three primary locations: reefs, river mouths, or basins and bays.

The common denominator in these areas is food, and because walleyes never stray far from the grocery store, if you find the bait in fall, you’ll find action. Of course, pinpointing the exact location of the walleyes on your home water can take some searching. On large bodies of water like the Great Lakes, these migrations can take the fish 100 miles or more from summer haunts. The good news is that once you’ve zeroed in on a prime fall migration zone, it’s not very difficult to get them to chew, especially if you’re willing to nighttime tactics to put ‘eye after ‘eye in the net.

Go-to Lure: No. 14 Rapala Husky Jerk
When walleyes move to river mouths in fall, nighttime is the right time to cash in. In this scenario, it’s tough to beat a long, thin stickbait, largely due to its versatility. These baits can be fished close to the surface or down to approximately 8 feet, and you can cast them or troll them. Target the edges of deep holes or eddies where baitfish can rest out of the current. If there is a pier or breakwall with lights shining in the water close by, that’s often the jackpot because light naturally attracts baitfish. I’ll start by casting a stickbait behind the boat on a spinning rod and then slow-troll it with the electric motor. Every once in a while, I’ll cut the motor to let the lure pause, or snap the rod to make it dart forward. This is a great way to locate a concentration of feeding walleyes, and once I do, I’ll stop the boat and fan-cast.

Go-to Lure: No. 7 Rapala Rippin’ Rap
On smaller bodies of water that don’t feature any bays or river mouths, walleyes typically migrate to shallow reefs come fall. This presents an ideal scenario for casting lipless crankbaits. Much like when you’re bass fishing, cast the lure and work it back from deep to shallow until you pinpoint the holding depth of the walleyes. Once I start getting bites, I reposition the boat so I can cast parallel to the reef, which allows me to keep the lure in that key depth range from the beginning of the retrieve to the end. If you find the fish holding on the deep edges, letting the lure sink and then working it back in a series of sharp rod pumps can be very effective. Occasionally pausing after snaps causes the lure to flutter down like a wounded baitfish, and that’s often when a fish will strike. Fall reef fish have a habit of being spooky, even at night, making a silent shallow-water anchor a major advantage.

Go-to Lure: 800 Series Reef Runner
While most late-night fall approaches revolve around fishing shallow structure, don’t overlook trolling deep-­running crankbaits in bays and basins. This is especially effective on larger bodies of water, because shad or shiners often migrate to bays and basins, congregating in giant pods in the deeper water within them. While it’s true that the bulk of the walleyes will slide shallow in fall, quite often the biggest fish in the system spend the majority of their time out in deeper water, feasting on these open-water baitballs. To increase your odds of hitting them, troll your crankbaits off planer boards to cover as much water as possible. Staggering walleye lures at different depths is critical, because the baitfish often move up and down in the water column as water temperatures change. A simple switch in wind direction can blow in warmer or cooler water, which is all it takes to quickly alter the holding depth of the baitfish.