FG Knot: How to Tie It and Why You Should Use It 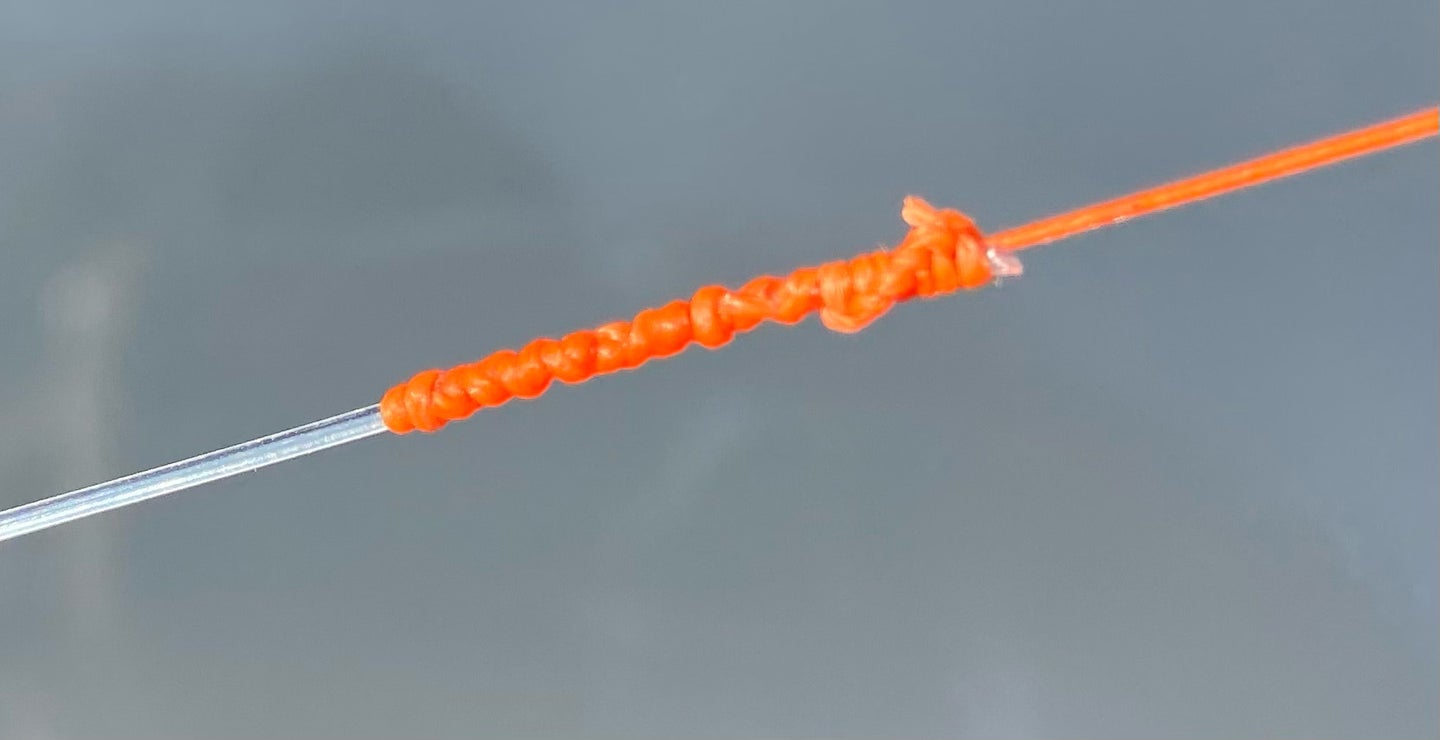 The best way to connect braid to a leader. Joe Cermele
SHARE

Anglers love to debate knots, perhaps more than ever now that braids and super lines have practically made monofilament obsolete since they hit shelves roughly 27 years ago. Fewer people may be filling their entire spool with mono these days, but it still has a home in fishing—along with fluorocarbon—as a leader material. And if you ask me, there’s no better way to connect braid to a leader than with an FG knot.

Over the years, anglers pledged allegiance to several braid-to-leader knots. You have the uni-to-uni splice. There’s the double uni. The Alberto knot, the Seaguar, the Bristol. I could keep going. All these knots have been tested over and over both on the water and in controlled lab settings. They’re all good, they all function. But then along came the FG knot, which blows them all out of the water in terms of shear strength and reliability.

FG stands for “fine grip,” and it was invented by the Japanese. But unlike many lures and tactics we’ve adopted from Japan, it was the Australians who adopted and popularized the FG first. The YouTube cowboys casting from cliffs needed a knot that that would slip easily through their spinning rod guides so they could bomb a cast, but also stand up to punishing fish like giant trevally and dogtooth tuna.

How to Tie a FG Knot

A finished FG knot is a thing of beauty, but you’re likely to create some ugly messes when you’re learning it. The biggest criticism of the FG is that it’s a pain in the ass to tie. It’s sort of the Bimini Twist for the next generation, and if you can tie one fast and clean you can use that skill as a flex. When I first tried the FG, I was worried that I did something wrong and it would fail, but I quickly got comfortable with the steps and haven’t looked back.

Unlike other connections that rely on two knots jamming together or the cinching of coils to hold, the FG uses plaiting. To start, lock your rod in a holder (or against the fence, anywhere that will lock it in place) and then hold the end of the braid in your teeth. Move far enough from the rod that you end up with a good amount of tension on the braid. Now lay the end of your leader perpendicular over the taught braid. Next, pass the end of the leader under the braid moving away from you and pull tight. Then, pass the end of the leader under the braid moving toward you and pull tight. Repeat these altering steps 20 times. When finished, tie a single overhand knot with the tag end of the braid around the leader to keep everything in place.

What you’ve just done is plaited—or crisscrossed—the braid over the leader. When you pull the braid and leader tight, that plating is going to bite into the thicker leader. The mechanics are like a Chinese finger trap, where the harder a fish pulls, the tighter the plaited braid locks down. Once you’ve put on some pressure to initially set the plaiting, add another 10 to 12 half hitches around the leader with the braid tag and then trim both tag ends off very close. You can add a drop of super glue to the half hitches if you want, but never put any on the plaited section. Here’s a solid YouTube tutorial on an alternate method for tying the FG knot.

Why the FG Knot Works

Though the FG was originally designed for battling massive saltwater fish, I’ve come to rely on it for almost everything. It’s a bit more time consuming than a simple uni splice, but I’m so confident in its strength that I figure it’s worth the effort, even if I’m only throwing jerkbaits for trout or jigs for schoolie stripers. Australian-born Elite Series bass pro Carl Jocumsen uses the FG almost exclusively. I had a chance to talk with him a few months ago, and he brought up several benefits. Because the FG is so slim, it allows him to reel it onto the spool of even a low-profile baitcaster, which means he can add 10 or more feet of leader to his braid if the situation or presentation calls for it without sacrificing castability. It’s also an added insurance policy when tournament money is on the line.

“The FG is so strong that I never worry about the connection breaking anymore,” Jocumsen told me. “I’m more worried about a hook breaking or the braid breaking. A split ring will likely fail before that knot.”

To Jocumsen’s point, I’ve yet to have an FG come undone on me. I’ve pitted the knot against tuna and heavy stripers, but I’ve been more impressed by its performance when snagged. During an offshore wreck trip last fall, I pulled on a snag so hard I eventually snapped the 60-pound braid, but not the knot. I’ve torn belly hooks out of plugs hung in wood, but that FG knot never failed.