Q&A: Mark Kenyon Talks About His New Book and the Importance of Keeping Public Land Public

Also, what is the future of hunting, trapping and fishing? 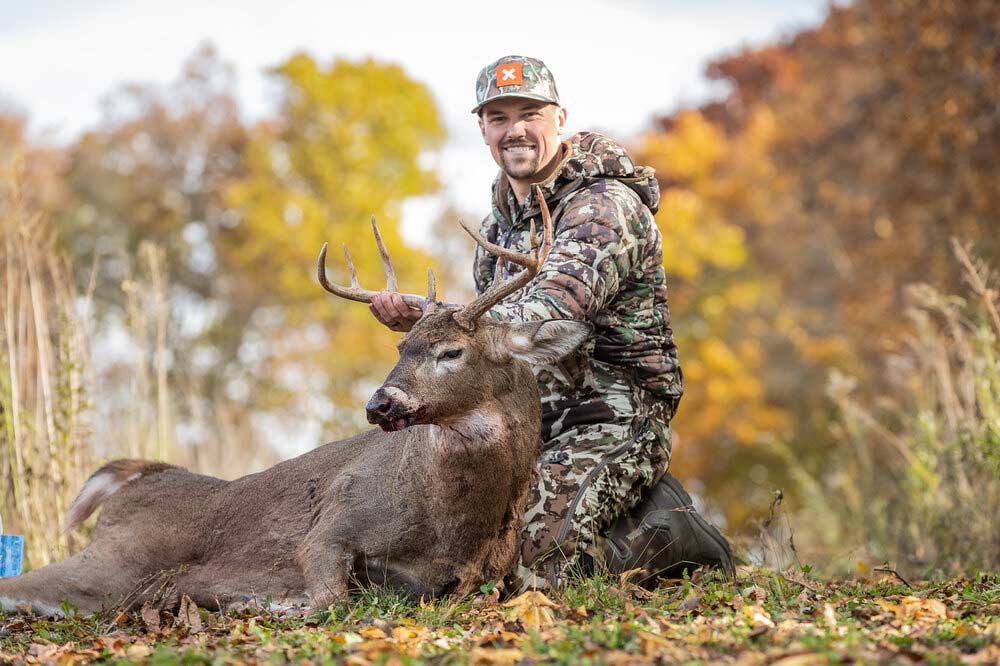 America’s public-land heritage didn’t happen by accident. It’s the result of more than a century of exploitation and conservation, a story as rich and complex as the American landscape itself. Author Mark Kenyon explores both America’s public lands and the history of their creation in That Wild Country. The result is a mix of family adventure, personal reflection, political chicanery and historical context. We asked Mark about his love affair with public lands.

Outdoor Life: Your followers know you best as an upper-Midwest whitetail fanatic. What attracted you to writing about public lands?

Mark Kenyon: While whitetails are on my mind 12 months a year, I’ve also harbored a long-running love for hiking, camping, fishing and other outdoor pursuits. Over the last decade, my wife and I have been embarking on annual pilgrimages to the public lands of the West. These exploits have become the central star of our calendars.

In 2015, the “land transfer movement” was picking up steam and I came to see just how at risk these places were. … An understanding of these issues seemed more important than ever.

OL: You note that many Americans don’t understand— let alone appreciate—the value of our national forests and other public lands. Why is that?

MK: I grew up in a relatively large city in Michigan, surrounded by people largely divorced from the outdoors and public lands. Few people hunted, fished, or explored wild places— let alone understood how we came to have them or how special it was that we did. While public lands are a part of every day life in many places across the rural West, they’re hardly more than the setting for Netflix documentaries for most others across the country.

I think one of the most important things we can do as “public land owners” is simply to invite others to join us in these places. It’s rare that someone can walk away from a visit to Yellowstone, or the Wind River Range, or the Everglades and not be inspired to, in some small way, help keep these places stay around for the future.

OL: Theodore Roosevelt famously spoke about the virtues of “the strenuous life.” A lot of your stories are about you and your friends and family overcoming hardships on public lands. Do you think TR’s ideas that good things come from hard personal efforts are still relevant?

MK: More so than ever. Facebook, Netflix, Fortnite— today’s digital distractions are consuming American lives. Convenience, ease, speed, comfort. That’s the name of the game. But it comes at a cost, most notably when it comes to our sanity. The strenuous life is the antidote, just as it was more than a century ago. And public lands represent some of the best opportunities for those types of experiences.

OL: Hunting, fishing and trapping have historically been allowed on public lands. Given this history, do you think the future is secure for those of us who enjoy our public lands this way?

MK: The future of hunting, fishing, and trapping is increasingly political. Hunters, anglers, and trappers represent a shrinking minority in America, meaning that we’re at the mercy of the rest of the voting public. If we work hard to bring new users into the fold and represent our activities positively, I think the future is secure. But if we don’t, our privileges will likely diminish.

OL: You note that “multiple use” doctrine of public land management requires compromise and trade-offs. How can hunters and anglers make sure their interests are not lost?

MK: First, stay informed. It’s impossible for the average American to stay abreast of it all, but being tapped in and aware is still important. Organizations like the Theodore Roosevelt Conservation Partnership and Backcountry Hunters & Anglers do a great job of weeding through the minutia and raising the alarm when important issues arise.

It’s sometimes tempting to shut down and ignore the noise around us. But as public land users, we simply can’t afford apathy. Our (predecessors) stood for what they believed in and made a ruckus in defense of public lands. We now reap the benefits. Our children and their children deserve the same from us.

Read Next: 9 Hard Truths About Hunting on Public Land

OL: What would America’s outdoor future look like without public lands?

MK: Head to many countries overseas and you can experience it firsthand. If we didn’t have public lands, the vast majority of us would never be able to hunt elk, or see a grizzly bear, or catch a trout on a fly, or go on a week-long backpacking trip, or feel small in a big wild place. Our nation’s supply of clean air and water would suffer and our economy would too.

Hunting and fishing, for many, would no longer be possible. It’s a future I never want to see.

OL: What advice would you offer to a young hunter or angler interested in exploring America’s public land?

MK: Go see these places now. Don’t wait a second longer. These places are much more accessible than you might imagine and they’re yours. So, get out there and learn as you go. I’ve never once regretted an adventure into a wild public place, only the ones I failed to embark on.